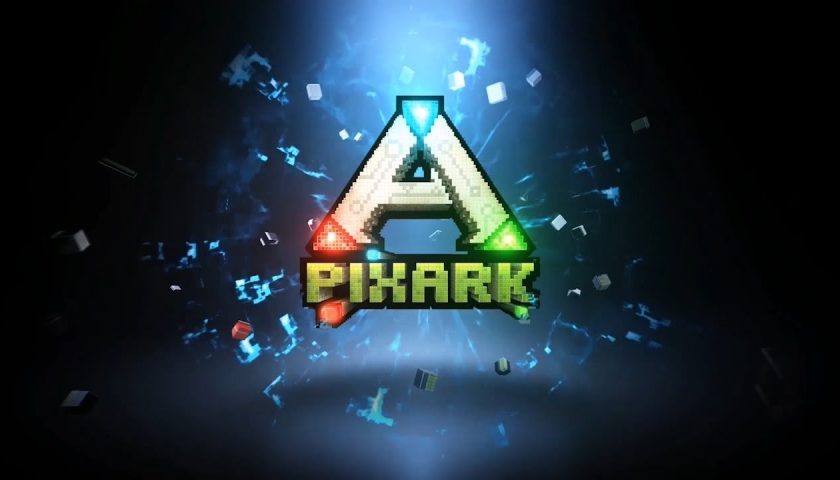 I must admit I was excited when Hewso asked if I wanted to review PixArk on the Switch.  I had seen my father-in-law playing it on his PC and was intrigued by the Minecraft/ Ark hybrid.  It was a game I thought I could introduce to my daughter, who has loved playing Minecraft for years and would relish taming and riding dinosaurs while fighting for survival.  Unfortunately what I got was a bit of hit and miss, where some aspects of the game are great, some are not so great and others just left me scratching my head.  Let me just say that PixArk has the potential to be a great game, it just needs a bit more time in the oven.

Just like its namesakes, PixArk drops you into a randomly generated world and leaves you to survive.  Luckily for you, the game will spawn you in a low danger area where all the dinosaurs are herbivores and will only attack if you decide to punch them, or if you are like me decide to pick up one of their eggs in front of them.  That is not to say it is completely free of danger.  You never know when a predator will wander too close and decide to make a meal out of the nearby dinos along with yourself.   At least when you die you will keep everything in your hot-bar, and have the chance to recover the rest of your inventory if you are quick enough.  Once you can start taming dino’s you can build yourself a pack to help protect you, myself I am partial to a Pteranodon horde that rains death from above, a tactic I was pretty happy with until a level 50 Soul Reaper flew too close and decided that killing my horde was the perfect way to keep himself occupied.

Even those that have played Ark before need to pay attention to the on-screen prompts when they first jump into a world as there are some significant differences to the way that the world works in PixArk.  The biggest of these is the different uses for the axe and pick-axe.  Where I came into the game expecting to use the pick-axe on trees to harvest thatch, it turns out you just pick them up off the ground from grass patches or off bushes along with berries.  You also only use the axe on the meat cubes dropped by killed dino’s, harvesting meat and any other components with the one tool.  The one and only use for the pick-axe is mining, which you will do a lot of, but it just seems like a weird change to have made to the way harvesting is done.  There are a few other changes that you will find as you play, but the one that really has me scratching my head is the decision to change ‘sparkpowder’ into ‘firestone powder’, despite the Preserving Bin stating that it burns sparkpowder to work.  The weirdest change made is to the refillable waterskin.  Rather than just hitting the action button on a water square to refill, the game made me construct a hose, with associated inflow and piping and put the water skin into the hose inventory just to fill it.  It really is bizarre that someone thought that this is a change that needed to be made.

What I truly loved about PixArk was the way the dinosaurs and assorted creatures looked.  Every creature is made up of blocks of various sizes and colours to create each individual creature, making them all pop and look really cool, and at any time you could have upwards of twenty creatures hanging around and Pteranodons flying around.  I wonder if it is the amount of detail in the creatures combined with the lower power available in the Switch that results in a very low draw distance.  While flying through the air is the best, and safest, way to scout out the world and other biomes, you can’t see very far ahead of you.  While it is not one of the biggest problems in the game it is one that is very prominent and noticeable.

The biggest problem that I had with the game comes from the menus.  When playing the Switch in handheld mode you can utilise the touchscreen to help select the items you want to craft or which engram you want to purchase.  However, I tend to use my Switch docked so I can use a Switch Pro controller due to my man hands and that means no touchscreen for me.  So many times I would be trying to craft an object or select a certain item only to have the highlighted cursor jump to the other side of the menus or somewhere else entirely.  The first twenty times it was frustrating.  After that, I just sighed inwardly every time and moved on.  Yes the Switch is a system that most people end up using in handheld mode, but for people that don’t it is extremely frustrating to have the courser jumping all over the place when all I want to do is cook my twenty pieces of meat that I have harvested from the corpses of my, now dead, Pteranodon horde.

There was one other strange thing that occurred while I was playing PixArk for this review.  When I first started playing and started to tame low-level dino’s I would follow them around and feed them a berry when they were hungry, slowly building up that taming meter until they were ready to follow me around like I was their god and saviour.  Then one day I jumped on and bang, like magic I tamed a dino with just one berry.  Once I had sleep arrows I even discovered that I could knock out any dino with one arrow and tame it with one piece of food.  No punching or force-feeding sleeping potions required.  I was a dinosaur taming god.  But my godly powers didn’t end there.  Suddenly chopping down one tree gave me thirty pieces of wood per tree and I was harvesting berries by the dozen without having to ride a triceratops.  In reality I think there may have been a patch that downloaded that really buffed the mechanics involved in these things and as of writing it still exists although I am sure it will be patched back to normal in due time as these buffed rates do feel as though they cheapen the experience, even if it did allow me to attain a Pteranodon horde in a very short amount of time.

I know that in writing this review it all seems very negative, but the truth of the matter is that I enjoyed this game.  It has the makings to be one of those games that can keep someone coming back to it for a very long time.  While there is not much that can be done regarding the draw distance, the majority of the other issues I encountered during my time with PixArk are issues that can be tweaked and changed in order to provide the balance a game like this really needs.  The balance between the challenge of surviving and being able to get yourself to a position where you can comfortably face the various creatures in the world.  There are a lot of mechanics that I never even got to experience, such as the magical abilities that you can access when you reach level 50, or the things you can build when you have the right components.  This is a game that I would be interested to look at in a few months to compare what it becomes to what it is now.