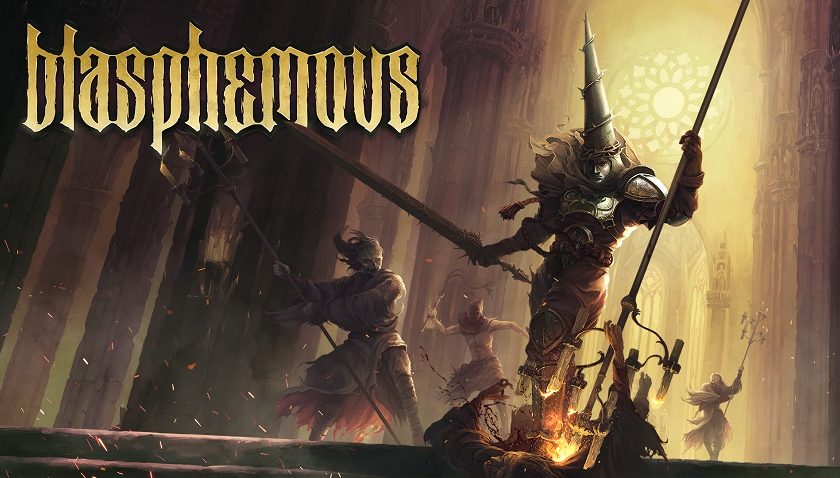 Anytime I see anything related to Team17, it always catches my attention. Images of exploding worms, bazookas and holy hand grenades swim in front of my eyes. Known for the Worms franchise of games, Team17 has also brought a number of notable games as a publisher – OliOli 2; Overcooked 1 and 2. So with them attached as the publisher, things are looking positive for Blasphemous. Spanish developers, The Game Kitchen are bringing a 2D side-scrolling action-platformer that looks like the very best parts of the Metroid/Castlevania formula mixed with the punishing demands of the Souls/Bourne lineage of games. “Brutal, pixel-perfect combat“, as the press release describes it. Successfully funded through Kickstarter, Blasphemous looks ready to take you on a journey through a dark and oppressive world when it launches sometime in 2019.

In Blasphemous players take up the role of The Penitent One in the dark gothic land of Cvstodia, where a foul curse, known simply as The Miracle, has fallen.

Explore this nightmarish world of twisted religion and discover its many secrets hidden deep inside. Use devastating combos and brutal executions to smite the hordes of grotesque monsters and titanic bosses, all eager to tear you limb from limb. Locate and equip relics, rosary beads and prayers that call on the powers of the heavens to aid you in your quest to break your eternal damnation.

Blasphemous will be heading to Xbox One, PlayStation 4, Nintendo Switch™ and PC in 2019.