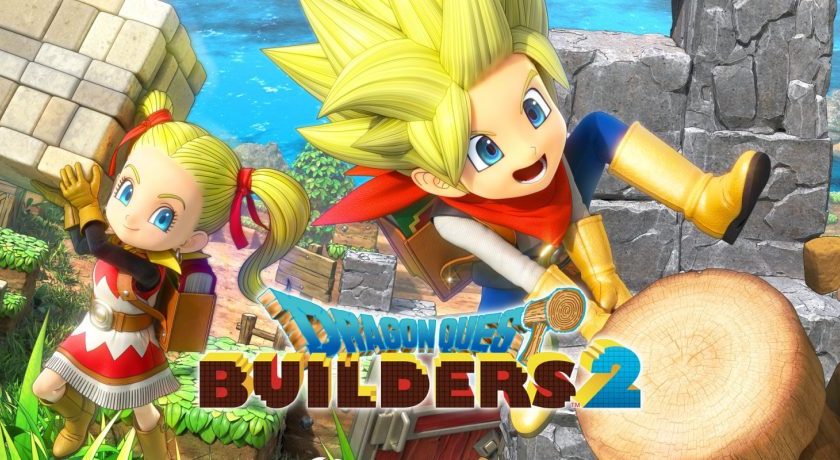 While the first Dragon Quest Builders was hailed as an eminently enjoyable Minecraft flavoured spin-off to the beloved main series, it wasn’t without fault. Progression and pacing issues were frequent sources of criticism with a lack of carry-over between chapters the biggest offender in this writer’s opinion. Fortunately, Square Enix have taken feedback on board to deliver a charming sequel improves and expands upon its predecessor. Paul and I decided to chat about our experiences while both making our way through Dragon Quest Builders 2.

Stephen del Prado: Paul, it’s been two and a half years since we co-reviewed Dragon Quest Builders which we both had some fun with. However, I have to say that I am having an even better time with Dragon Quest Builders 2. Thanks to changes in the progression system it’s a more rewarding experience which encourages me to take my time and thoughtfully approach building as opposed to the ‘hack jobs’ I resorted to in the first game in order to tick off checkboxes and get through each chapter. Have the improvements in Dragon Quest Builders 2 ensured it’s grabbed you in the same way?

Paul James: For as much as I loved the original title, it was quite easy to game its systems. One thing I did always do was put quite a bit of TLC into the development of the little towns I was building. Stylish yet structured was the design philosophy I had with the original and with even more designs at my disposal with Builders 2, my little imagination can run wild with this sequel. One of the great things about the sequel that wasn’t present in Dragon Quest Builders is the connection between locations. In the first everything you did and every resource you collected was contained to that particular region of the world, whereas now whilst you can’t simply pick up a town and move it, the building blocks can come with you, so it’s given each subsequent region/chapter an instant bit of additional flavour on top of a quick head-start in terms of progression. There’s much more diversity to Dragon Quest Builders 2, and the fact that we can bring our work with us (to an extent) makes everywhere more diverse and interesting as a result. Fair to say you’re much happier with this game thanks to the breaking down of the in-game chapters?

SDP: I think that’s probably the biggest improvement for me to be honest. I actually feel a sense of progress and accomplishment in DQB2 whereas the first title left me a little cold in that regard. The wider range of recipes and areas to explore also helps, as does the many ways in which the game tries to cut down on some of the ‘busy work’ like collecting materials and other repetitive tasks which can be aided by NPC’s or delegated to them outright. What really has me excited is the way that Square Enix are subverting the plotlines of the original Dragon Quest titles for use in the Builders games – if they manage to get to Dragon Quest IV or VIII for example, I’ll be very excited indeed as I had a great time with the originals and would love to see those worlds from a different perspective. One thing I have noticed in my approach this time around is how much of a slower pace I’m happy to take with my progress; I don’t mind a shorter session where I simply refine some areas in my town or do a bit of exploring which is greatly aided by warping. Are you playing marathon sessions or chipping away like myself?

PJ: Little bits of both, by and large, the product of juggling a young family, a full-time job and a host of other Player 2 responsibilities. When the stars align, which they did when the game first launched, I was sinking in multi-hour blocks, but as things have more recently gotten a bit busier those sessions became significantly shorter. As you’ve said, the great thing about the game is that it can be easily consumed en masse or in bite-sized chunks, and you’ll always feel like you’re making some headway.

Another of the great improvements made in the sequel relates to those populating the world. It’s nice that when you’re (for example) needing to get the soil ready for planting, that the other locals will take on that responsibility for you, that they’ll then also sow the seeds and water them as well. I really like the fact that you only need to give the people the tools, and they’ll take the load off of your shoulders, it was one of the things that frustrated me the most about the original game; everyone was as thick as two bricks and incapable of doing anything.

What I’ve found is that there’s not much that is really, genuinely new about Dragon Quest Builders 2, but the many Quality of Life improvements have made the solid foundation that emerged from the first game shine much brighter. Would that be a fair assessment?

SDP: I feel you on the responsibilities making it harder to get longer sessions or any play at all in, which is why I’m loving that even small sessions bring a sense of progress. I think had I played this sort of game even five or ten years ago, I would have devoured it but that approach isn’t possible for me these days and it really hurts some titles. Fortunately, Dragon Quest Builders 2 isn’t one of them. However, we’re both playing on the PS4 which, whilst it gives gorgeous visuals and a solid frame rate, isn’t where I prefer to game if it’s late at night which is when I get the majority of my free time. Whilst I’m playing a promo copy courtesy of the publisher, you purchased the game yourself – any regrets that you didn’t spring for the Switch version?

In regards to the improvements and overall polish, they seem a result of Square Enix listening to feedback and taking away what wasn’t enjoyable about the first game or refining certain gameplay actions to be less of a burden to the player, freeing them up for the more engaging parts of the experience. It will be interesting to see how this approach continues as it has a side-effect of making the earlier entry much harder to go back to which could impact those long-tail sales considerably.

Square Enix have never been shy about Dragon Quest spin-offs but I wonder if there are any other SE franchises you’d like to see get the Builders treatment, or is this simply a case of Dragon Quest being the absolute perfect fit?

PJ: I wish that I had a public transport work commute, or even enough time on my hands during lunch breaks etc. that would allow me to play my Switch. As it is I don’t, so there’s really no difference in my case between playing on PS4 and Switch other than the fact that I can continue to accumulate my precious trophies.

When it comes to your question regarding other Square-Enix IP getting the Builders style treatment, I don’t really see any others fitting that mould well, and honestly, I’d rather it if they kept it contained to Dragon Quest. In the West the Dragon Quest IP is still, unfortunately, not getting the spotlight that it deserves, and Builders is a wonderful sub-franchise, so I hope that this can help build the profile of the franchise in the west. The growth of the IP out this neck of the woods has not been what Square-Enix would be hoping for so I hope they show enough sense and protect/nurture it as much as possible.

I assume you have some thoughts on the matter?

SDP: Actually, I think there is only one Square-Enix IP that would suit the Builders framework, and it’s a longshot, but I can see Kingdom Hearts working very well given how much of the base game is designed around discrete worlds. A Chibi art style similar to World of Final Fantasy could see a Kingdom Hearts Builders game out fairly quickly I’d imagine. Bespoke materials in each location with a hub world like Traverse Town that can be customised with them all sounds like a dream come true for Kingdom Hearts tragics.

You’re right that Dragon Quest has never quite hit the heights in the West as it has in Japan, but as odd as it sounds I think Dragon Quest XI S might be the perfect gateway for newcomers, hence my question about the Switch version and how much portability allows myself and no doubt many others to consume lengthier games with ease.

To wrap up, we’ve been extremely positive on the game and would absolutely recommend it to anyone who enjoyed the first game or was interested but never got around to picking it up. However, do you think there’s enough improvement here to appease people who didn’t like the first game or were let down by some aspects?

PJ: If the formula of the first game didn’t appeal to you then nothing that Dragon Quest Builders 2 does will change your mind, the game is in every respect better than its predecessor, but doesn’t change its form in any way to appease those scorned by it before. For existing fans there’s plenty here to enjoy and those who were a little tepid the first time around should find themselves joining the popular vote with this entry.