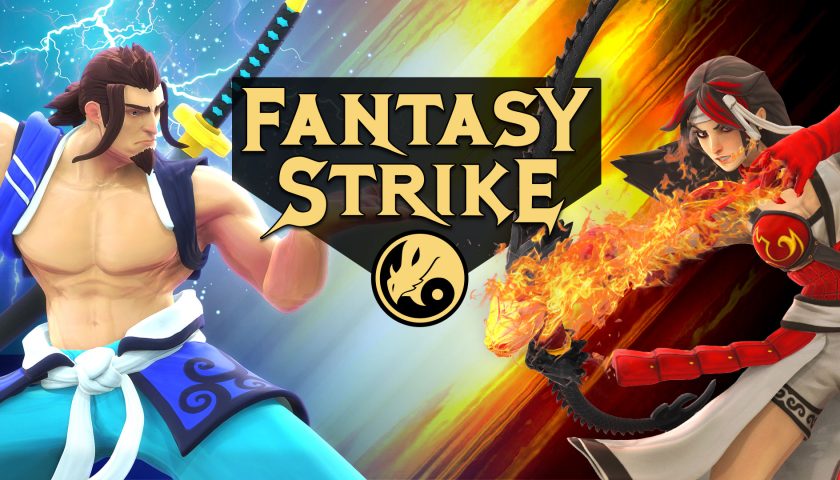 Fantasy Strike – The Simplicity of Depth

Please excuse me, dear reader, as I open this review with a sentence no doubt written thousands of times (if not more) by many a journalist before me: I love fighting games. I discovered them as a child, forging a bitter rivalry between my older brother and myself in arcades and on home consoles across iconic titles such as Street Fighter II, Mortal Kombat, TEKKEN, Soul Calibur, and many more. I’ve observed the genre’s humble beginnings in the 80’s, played through its boom period in the 90s, and witnessed its modern resurgence. I would go as far as to say that I am a fighting game fanatic.

When I was asked to review ‘Fantasy Strike’ from Sirlin games, I was immediately interested, though I can honestly say I had no idea what I was in for. Coming from the lead developer of Street Fighter II HD Remix, Fantasy Strike has some fairly lofty goals: To be accessible to fighting game newcomers as well as provide an enriching experience for genre veterans. I had my doubts, but it achieves both. Not only that, it is one of the most satisfying fighters I’ve played in years.

Before you even access the main menu, Fantasy Strike tasks you with completing its tutorial. Underestimating just how different the game plays, I skipped it – then I immediately received a thorough ass-kicking. “Okay, back to that tutorial” I muttered to myself. Upon a proper introduction to the game’s unique takes on traditional fighting game mechanics, I stood a fairer chance.

There are the usual modes one would expect from a fighter, such as Arcade Mode (which features character-specific stories), Casual, Ranked and Friendly Online modes, Standard and Team Battle Local Modes, Survival Mode, as well as a Daily Challenge Mode. Daily Challenge Mode features a unique daily challenge that compares your results to other players. It’s pretty unique and it will be interesting to see if it offers rewards to the player in the future.

The majority of my time with the game was spent playing Arcade Mode, where I could learn more about the game’s characters. I enjoyed a great deal of them, though the larger world behind Fantasy Strike still remains a mystery. During my review process I did learn, however, that Fantasy Strike in one of multiple games featuring these characters – perhaps there will be a sequel that fleshes out the larger story more, or maybe one of these earlier games already has?

Fantasy Strike is disarmingly simplistic, both in its visuals and in its controls. Punching, kicking, throwing, specials, supers and jumping are all on a single button each – immediately providing some much-needed accessibility to the fighting game genre. Combos are executed as easily as pressing a combination of the punch and kick buttons, special moves can be executed in the air and on the ground, and countering throws is as simple as not pushing anything. This might sound silly at first but you’d be surprised how well it fits with the game’s strategies once you get used to it.

Stripping away a lot of other fighting games’ more complicated controls and strategies provides opportunities for entirely new ones in Fantasy Strike. Rush into battle and you’ll probably find you’re the one being KO’d, learn your moves and those of your opponent and you’ll come out on top – perhaps not immediately, but definitely with a little practice. Some characters hurl projectiles from a distance, others dominate in close proximity with grappling or rushing attacks, and others are literally called “Wild Cards” because of their unpredictability.

This is where Fantasy Strike wins me over – no victory ever feels like dumb luck, and nothing spurs you on like knowing if you try to remain calm, analyse your opponent and develop a strategy, victory is assured. The final boss, Midori, is truly a test of one’s patience, as he is able to outmanoeuvre the majority of characters on the roster. Taking two forms, his human form is able to deal deadly combos and grapple, while his dragon form is able to leap in the air, swoop down on the player and pulverise them with throw after throw.

Of course, being the accessible fighter that is is, Fantasy Strike allows players to skip beyond any and all opponents if they prove difficult, allowing each character’s story to be observed without any hindrance. The perfectionist in me feels slightly disappointed in myself when I do this, though I was able to experiment with a number of characters and feel I won’t need to skip any battles with enough practice.

Ultimately, Fantasy Strike is an engaging fighter that achieves its goal of being both accessible to newbies and exciting for veterans. My only concern with the game’s longevity comes down to how well it is received upon release. Given the small roster of characters and small move sets, it’s possible we see the same strategies in the majority of online fights. Then again, the accessibility might win over a dedicated fanbase and the game may flourish. Whatever happens, know that this fighter gets my big shiny stamp of approval.