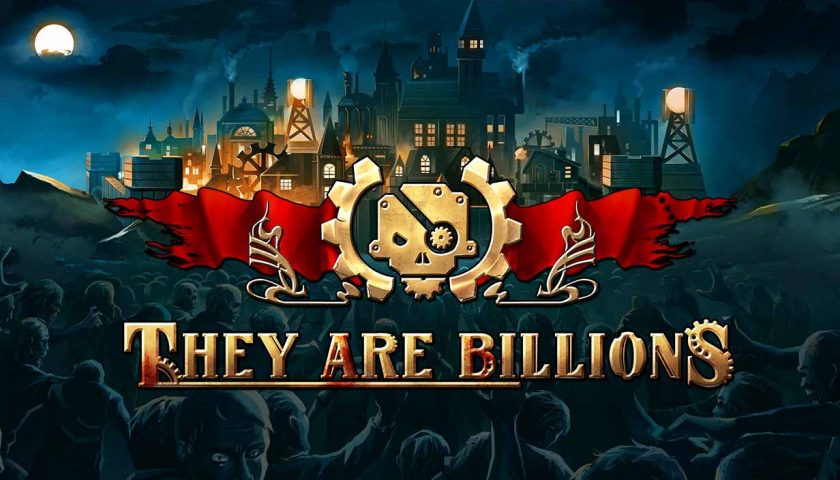 They Are Billions – A Half-Baked Console Experience

*Please note this review is for the console version only.

As someone who left PC gaming behind many years ago, I’ve felt insulated from the whole early access thing. So it was with something resembling aghast confusion that I spent the opening moments of They Are Billions on Xbox One searching for the actual game – you know, the story or campaign. Was it still downloading? Did I need to unlock it after a tutorial? Nope, no tutorial either. Just Survival Mode and a Weekly Challenge, which is literally Survival Mode with online leaderboards. Now, call me cynical, but if I spend $40 on a game, I expect more than that. The campaign has recently launched on PC, so I guess we can assume it’ll work its way to console eventually. However, it’s certainly an interesting strategy to hit consoles with such a sparse offering.

Let’s dive into the ONLY mode you can play right now. It’s a bit like Diablo 3, in that you can tweak the difficulty parameters in order to increase the percentage difficulty. For instance, you have to survive for as long as possible, so setting the number of maximum days to 100 or 120 gives you an easier time as it spreads the waves of zombies that appear in the map across a greater time. Choose a tighter time period and you’re gonna have zombies knocking on your door before the kettle has boiled.

My first game, set on easy because I had no idea what was going on and the game wouldn’t help me, I wasted too much time wandering around the map, picking off patches of zombies. I failed to sufficiently fortify my base – okay, I’ll admit it, I totally failed to fortify it at all! I set a heap of towers – which are costly, by the way – but I failed to realise that these had to be manned by attacking units, so I left my base, lumber mill, quarry, houses and citizenry completely open to the shambolic horde that calmly wandered in and proceeded to infect every single building and citizen. Game over.

If there had been any kind of assistance for newbies, any tutorial at all, even just a brief practise map with a few guided text screens, then I might have started to understand the general flow of They Are Billions. Instead, there is a brief flash of the console controls on the screen, then you’re left alone like an abandoned child at a meat-cutting factory. It took me a long time just to find the menu option to redisplay the controls, let alone come to terms with a cursor that skitters across the screen like an Olympic ice skater. This makes negotiating the small icons for build and tech trees very difficult, and since there are few shortcuts for controller, you just need to get used to it. That or plug in a keyboard and mouse, but then wouldn’t you just buy it on PC if that’s how you wanted to play?

Once you come to terms with the greased-up controls, things start to make a little bit more sense, like how important the pause time function is. When time is paused, you can still set build instructions and give orders to units. This relieves some of the pressure, as well as allows you to make a cuppa and chew your nails while you try to work out how you’re going to dig yourself out of a very deep hole. There’s also no penalty for cancelling construction and repositioning a building if you make an error while time is paused, whereas as soon as a building is started with time flowing, you cop the cost of changing it. It’s these kinds of gameplay discoveries that are somewhat enjoyable to discover, but which I still think require explanation via the absent tutorial.

Gameplay takes on a you-against-time mission as you must juggle exploring the map, getting stuck into resource extraction, growing your city enough to reach all the best upgrades and defences, and making those defences as tight as a frog’s bum, because if just one zombie slips through you are in more trouble than a Sunday afternoon visit from the in-laws. It’s worth exploring the map, because not only do you mop up groups of sedentary zombies, but you can reclaim some structures, repairing them to add to your existing resources. Plus, any zombies left by the last wave will join in, so sweeping the map as early as possible pays off in the later game. There are often a few zombie villages that keep spawning them, so getting rid of those is a priority.

The final wave itself is the main reason for playing, a huge attack from three points on every compass direction, the AI making a straight line for your command centre. This is the heart-in-your mouth beauty of They Are Billions, when you try to gauge whether or not walls will hold, turrets will kill enough zombies and if you need to spend precious resources on elite units that can cut huge swathes into the advancing flesh horde.

My main concern is that very few will ever see that end game. The controls on console are such a disadvantage that the frustration of losing hours of work because of poor timing or just the physical impossibility of micro-managing with a controller will mean that most players will bounce off this before some of the cooler things can be seen. And because there are no discrete saves, everything just feels like an inevitable slide over the edge. Console gamers are now used to more control of their experiences and I believe more should have been done to differentiate this from PC.

There are some exciting moments for patients players, particularly when you just know your walls are about to go and you’re pulling back your units, hundreds of thousands of zombies scrambling to break through and you’re madly building more walls just to slow them down. But again, I don’t see this being a point that many will reach. The absolute reliance on self-teaching (or perhaps an assumption that PC players would be the ones buying this – so why bother with telling them anything?) means that the journey might not be worth the destination.

There’s no doubt that on the PC They Are Billions is an engaging and rewarding offering in the strategy genre. However, on console, a platform starved of the genre, this bare-bones offering fails to adapt its unforgiving form in any way, simply plonking onto consoles with no consideration of audience knowledge, comfort or play circumstances. If/when the campaign arrives, this could then be considered a proper game, but for now it’s just half of one, with very little incentive to push very deeply into it.