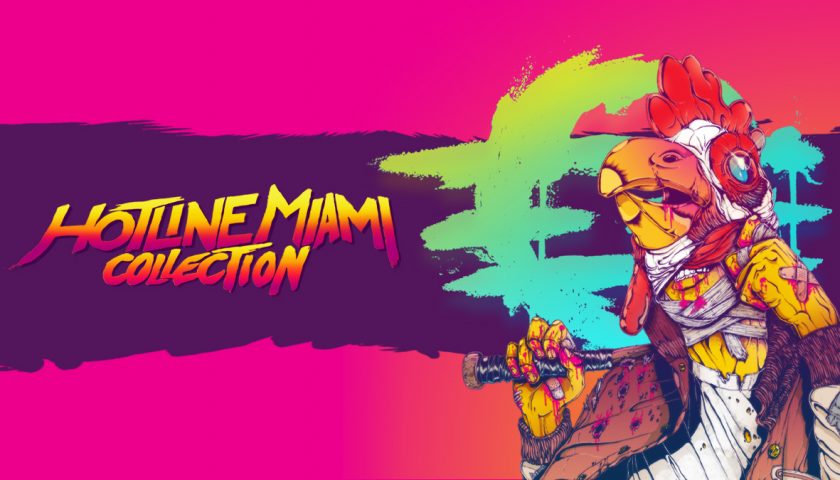 I’d forgotten how heart-hammering Hotline Miami is. How quick and final death is, despite my frenetic, spider-handed efforts to stay alive amid the chaos. Hotline Miami doesn’t care. Your character’s body is just one more fresh corpse in this disturbing, stoned-out snuff film. Even the music, as excellent as it is, drips THC from its pores, creating a gaming fugue reminiscent of breathing the ganja-thick air of a Metallica concert.

Reload (another ‘tallica link there) is a button press away, turning level runs into blood-slicked orgies of hate as you work out the quickest way to steamroll each enemy. Is it best to burst their brains across the carpet with a baseball bat, or do you get up close and personal while they are crawling along the floor and slit their throat? It’s not until after you master each level with simple runs that style comes into play and a whole meta-game opens up – the high score challenge. I remember having a bit of a rivalry with a handful of game writers back when the first game launched on the Vita. Each attempt to gain a few hundred extra points became all about thinking how to mix things up. For instance, you can throw weapons at enemies to either kill them or knock them down. Stringing together a sequence where you’re constantly changing weapons, throwing them at assholes, then kicking their faces into a couch – well, it all gets a bit disturbing (but also exciting).

Because of the similarities between the Vita (my first main stick for this title) and the Switch, Hotline Miami feels like a returning memory, just at a higher resolution. It doesn’t take long to get drawn back in. Before you know it, your lunch break is over and you’ve turned into a drooling, hunched-over monster with rectangular eyes intent on clearing the last floor – but the bastard with the shotgun gets you every time and you keep messing up the lock-on controls and free camera and- oh shit, he got you again!

The other title in this collection, Hotline Miami 2, was banned in Aus (and has subsequently resulted in this game being removed from the Nintendo E-store), but it was never very difficult to procure. Like the first game, it feels right at home on the Switch. For the most part, it continues in the same vein, with a few subtle nuances peeking through, such as graphical flourishes like rain and a far more structured story that hops back and forth between years and across several inhabited characters. It’s still all about arriving at a scene with dozens of armed people (and roaming animals) wanting to eviscerate you on sight. Gameplay soon enters that Zen state of extemporised fury, combos racking up as muscle memory allows your fingers to incrementally fly through each level in a glorious sweep of efficient violence.

The masks are horrific enablers, with some that offer questionable abilities (combat roll?) and others that are absolutely essential (lethal punches all the way). Another mask gives you control of two characters simultaneously, one with a chainsaw and the other a gun. Mask unlocking is tied to level scores, which furthers the addictive cycle of die-repeat-die-repeat.

A stronger focus on narrative (though not a particularly well-written one, especially the slate-wiping ending) introduces a few changes to how you approach Hotline Miami 2’s levels. In one, you inhabiting a character who does not kill; he leaves enemies writhing on the ground, injured, and renders weapons unusable. It’s an interesting diversion from the all-out assault of the remaining game. An odd stand out is a mission where you’re a commando who can swap between a rifle and deadly knife, taking place in a battlefield setting where apartment blocks are swapped for bamboo barracks and drug goons for soldiers. This offers variety but also limits your ability to approach each level as you choose, with mask-customisation taken out of your hands during ‘story’ moments.