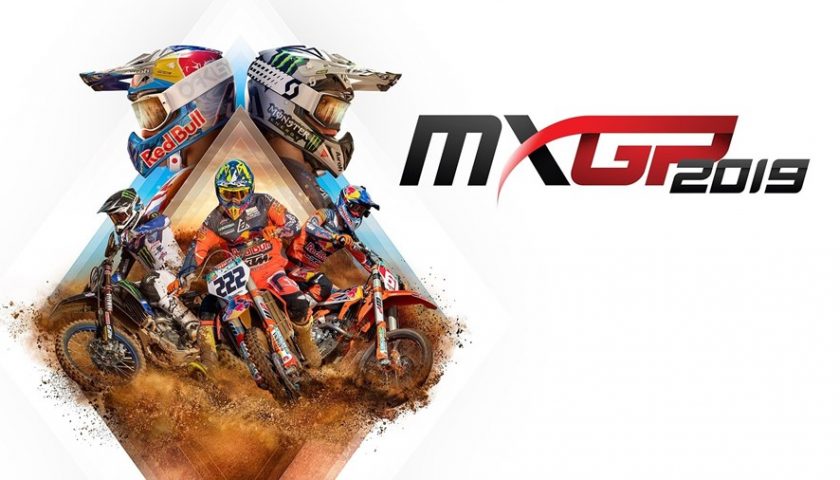 So here is the thing. This review is likely to reveal how little I actually know about motorbikes, especially of the dirt kind. I know they have two wheels and people like to go bashing through the bush on them but that is about the limit of my knowledge. That said, over the years I have thoroughly enjoyed racing on said dirt bikes in various games. There were a couple of EA titles during the PSOne era that I spent quite a bit of time with and I will always have a spot in my heart for more arcade titles like Motorcross Madness. In recent times, however, this world of mud, Monster Energy Drinks and 2-stroke engines hasn’t exactly be serviced well by video games and as a result, I haven’t gotten my dirtbike fill. That is until I got my hands on MXGP 2019 and once again found joy in sending muck flying into the crowd as I burn around the track.

This is the first of the MXGP games I have played and as a result, I can’t let you know how it performs in comparison with previous titles and I can’t tell you what is a new feature and what is returning. So please keep that in mind as I go through some of the impressive features that this game has to offer.

The game’s setup is, initially at least, a little barebones. The game starts up and straight away the player is in the create a rider mode. This mode is a little slim on options but it does the job. Shortly after that a sponsor is chosen and you are sent to the track for your first race. It was at this point I received a harsh reality check. My years of playing racing games that use four wheels hasn’t prepared me for two wheels in the slightest, in fact, my muscle memory probably hindered me more than it helped me. Unsurprisingly, motorbikes handle quite differently from cars and it took me quite a while to come to grips with that.

After being thoroughly embarrassed in my first event, even with the difficulty set to easy,  I decided to jump out of the GP season and explore some other modes in the hope of improving my skills. This is where I found the free roam mode appropriately called Playground. A large map chock full of challenges, races and sweet jumps, this mode is the perfect place to practice and come to grips with the unique difficulties of two-wheel racing. It was here that I finally started to feel comfortable, getting the hang of breaking around tight corners, landing jumps and making smooth runs over the bumpy tracks. I also had a lot of fun doing it. This mode is something of a stroke of genius from the developers and it is surprising to me that it isn’t actually the first place the game takes you. It would be a much gentler introduction than the current situation. Even from within the game’s menu it isn’t exactly clear what this mode is and I feel like this could be a game that people return to EB Games after being brutalised in races without ever discovering and learning in this open map.

After spending an hour or two I felt much more confident going back to GP racing. It is a simple setup, 17 events, 2 races at each event. Pick a sponsor or team before each event then race. Even after practising this is a game that is on the hard side of things. Thankfully the developers have included a rewind function, much like what is found in the Forza games, because without it the frustration of crashing from the slightest mistake would have been too much. This is a game that even on the easier difficulties demands your constant attention. Let your mind wander, let your concentration slip for even a second and you will go from first to last in the blink of an eye. However, the upside of this is the racing is immensely satisfying when victory is achieved. A mountain has been conquered every time you stand on the podium.

Graphically the game is a little bit of a mixed bag. It never looks amazing, merely serviceable. This is easily forgiven however as it moves at a great pace without any noticeable dips in the framerate and it gives the player a great sense of speed. There are also a few jarring animations, especially in crashes, none of which are game-breaking at all but are instantly apparent because of how out of place they seem. On the sound front things are pretty much as expected. Funky soundtrack by bands I am too old to know mixed with realistic sounding motorbikes. Nothing to complain about at all.

As for multiplayer, there are a few standard sort of racing modes available. The usual sorts of things like single races and GPs. Sadly I couldn’t actually get any time with these events because I was playing pre-release and there simply wasn’t any games available to join. I will note however that MXGP 2019 continues the sad recent trend of not including split-screen racing. It is sad that a genre so suited to having mates play in the same room has gone down this path. Expected but still sad.

With MXGP 2019 motocross racing has a game that will service followers of the sport as well as more casual racing game fans. That recommendation comes with a dire warning that this game doesn’t pull any punches and requires the player to commit to some serious learning before the fun begins. It isn’t the most stunning game and it doesn’t have an amazing range of modes and career options but what MXGP 2019 does better than just about any motocross game I have ever played is give players immensely satisfying racing, racing that values player skill and rewards those that put in the effort. That is more than enough in my mind to justify the purchase if you are a fan of the sport.