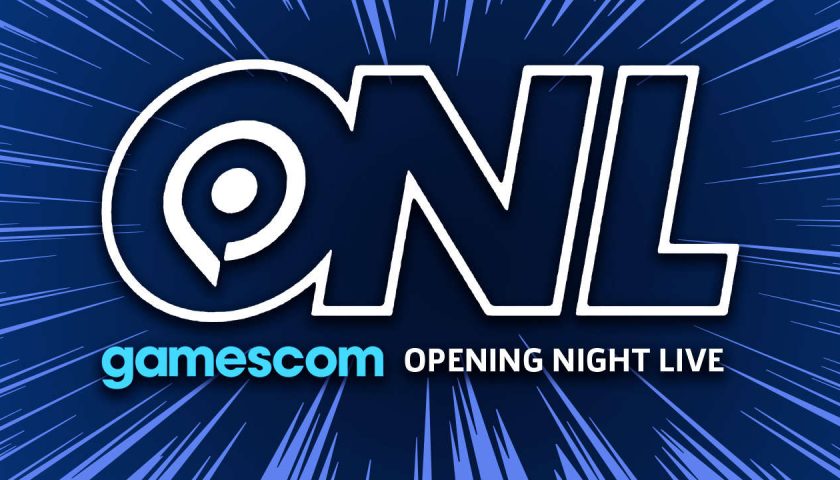 It was Geoff Keighley’s big show at Gamescom and a part of his plan of eventual world domination (his first act as Overlord will be to replace the Statue of Liberty with the Statue of Kojima), Opening Night Live is a new feature at Gamescom and in my eyes, it went off pretty darn well. A host of new games, gameplay trailers for already announced games and a big ole’ Kojima love in. What more could you want? So here are all the games that were on show, just in case you were a normal person and asleep when it was on.

Gears 5 kicked off proceedings with a look at the campaign. It looks loud, flashy and I want it now. Some cool details came out too. There is 3 player couch-coop, with the third player taking control of Jack, the invisible robot mainstay from the series. Jack offers an easier ride and is designed for new players.

Next up was the first new game of the evening and it is a reinvention of the PC classic, Commanche. Multiplayer, team-based missions all in big assault helicopters. It has been a long time since we have had a chopper game, so it is sure to generate some interest.

THQ Nordic stuck around to show off a quick little title, DCL – The Game – it is a drone racing game and there isn’t much more to it than that.

It was then EA’s turn to convince the world that Need for Speed was no longer a crappy cash grab. It sort of worked too. There is a lot to like about the latest game’s direction but if they can’t get the driving to feel great then it will all be for nothing. Anyway check out the trailer and make up your own mind.

Next up, the Kerbals are back with Kerbals Space Program 2. Just a cinematic trailer, but a fun one.

Another new game drop, this time from Bandi Namco. Little Nightmares 2. It looked great, I missed the first title but after watching this I want to go back and check it out. Anyway, the new game is a while off but it sure looks like a moody bit of fun.

Then we finally got some Predator Hunting Grounds gameplay. It looks like they are really leaning into the original film’s aesthetic, which is a good thing. The soldier gameplay looked about what you would expect but something felt off with how the Predator went about things, looked a little clunky. Not to worry there is plenty of time before release to smooth that sort of thing out.

Then things got cold with Monster Hunter World: Iceborne. To be honest it looks like more Monster Hunter and honestly that isn’t a bad thing. Stay tuned for a review on P2 when it hits in September.

Next was another new title, a game from the creators of Spec Ops: The Line. It is called The Cycle and they said it was unlike anything we have ever played before. They then said you need to play it to understand it and promptly released it in Alpha for free on the Epic Game Store. Stay tuned, I will have some actual footage up on the P2 Youtube Channel soon.

Life Is Strange 2 keeps coming and episode 4 is this week. So here is a new trailer.

Sega then joined the party and they are taking on one of the biggest game franchise ever in the process. They are taking on Civilization. Humankind is the game and it is a game that lets you build a civilisation (it isn’t the title so I can use the correct spelling) by combining and assimilating characteristics of other races and civs. Sounds like a cool twist and it will be a game I am keeping a close eye on.

Another new game then hit and it was one I was happy to see. Everspace 2. The first game was a cracking little space-based roguelike and this one looks to be bigger and better in every way. Boy, do I love the fact that space shooters are becoming cool again.

We then got a release date and a new trailer for The Witcher 3 on the Switch. The technical know-how to make this happen is impressive but I feel like it will be the worst way to play the best game of the generation. That said more people playing this cracking title the better.

We then got a good look at Disintegration, the game from Marcus Lehto, former creative guru at Bungie. The game sees players take control of a hoverbike and bring the assault from the air, while at the same time commanding a small group of troops on the ground. It looks great and I was very happy to hear there is both single and multiplayer modes.

The next trailer was a good news, bad news thing. The good news is that the game show, Gylt, looks great. An adventure with touches of Alan Wake, sign me up. The bad news is it is a Stadia exclusive so god knows when, if ever, Aussies will get to play it.

We then got a look at the interactive movie Erica, which is available now. Yup the old shadow drop. It looks fascinating. Check out the trailer if you don’t believe me.

The long-running colonial sim franchise Port Royale is making its way to all systems, including the Switch with Port Royale 4. Look there isn’t much gameplay in this trailer, but there is a lot of Rum which I am ok with.

Before we got to the big stars of the show there was a tonne of other trailers too. Darksiders Diablo, I mean Genisis, FIFA 20, Destiny 2, Modern Warfare and Iron Harvest. They were kind of quickies but here are the trailers for your consumption.

Now we get to Borderlands 3. Not long till the game hits our consoles so it is no surprise that the endgame content was the focus of the presentation. Two modes were discussed, one sounding much like a horde mode, the other team-based missions with multiple objectives. Sounds good to me.

Finally, the show finished with a big old Death Stranding fest in which we got some gameplay (including having a wee) and an introduction to two new characters. It was mental, I have no idea what the hell is going on and I am not convinced that Kojima does either. But hey, it is going to be a hell of a ride finding out.

So there you have it, a great first show. A little slow in the back end and it could have probably been 30 minutes shorter, but in all it was worth getting up for. Stay tuned for more Gamescom coverage on Player 2 as the week goes on.