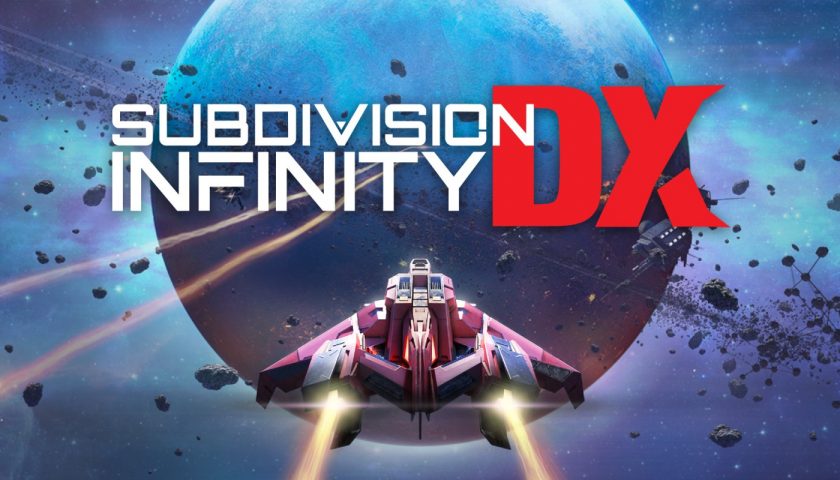 There was a time, long ago when you couldn’t swing a laser blaster without hitting a newly released space shooter. From the early ’90s with titles like Wing Commander and Xwing, through to Descent and Freespace, on to Rogue Squadron and Freelancer, gamers have always had a fascination with flying around space using photon torpedoes and gatling guns to wipe out enemies. But then something happened. Space shooters were no longer the “in thing”. They seemed to disappear off of our collective radars, never to be played again. Or so it would seem. There is however a light at the end of the black hole. Recently things have started to look up, with indie titles from developers that clearly grew up in the age of the space shooter releasing titles that feel like a throwback to that lost era. Subdivision Infinity DX is one such title.

Subdivision Infinity DX is, for all intents and purposes, a late 90’s space shooter with some nice graphics and a little bit of exploration and crafting thrown in for good measure. This is not a game that sets out to change how we look at the genre, this is a game that sets out to capture what we loved best about a particular era of gaming and bring it to new systems. The good news is, for the most part, it does exactly that. Subdivision’s desire to give players a blast of space shooter past is obvious from the get-go and it is both the game’s greatest strength and biggest weakness.

The real highlight here is the moment to moment action. Make no mistake, this is not Elite Dangerous. This is strap yourself in arcade action that makes no pretence at realism or complexity. Get in your ship, blast the baddies, explore the area, blast some more baddies. It is both simple, yet compelling. The lack of complexity means that just about anyone who has ever picked up a controller can play the game with confidence, yet there is enough to it to keep you playing. Basic enemies are all pretty much the same in appearance, but as you progress they learn new tricks, get shield and missile upgrades and basically become much more of a challenge to take down. Boss ships all have certain patterns and weakness you will need to learn and manipulate to be successful and as the game progresses things go from a comfortable jaunt in space to an intense life or death battle where every victory is well earned and immensely satisfying.

The game is broken up into 5 key areas, each with 5 missions and two exploration areas. The missions play out pretty much the same way, shoot the baddies, discover the radar tower, rescue the people, you know the drill. There is nothing here we haven’t seen before, but despite the lack of originality the levels are all put together well and they have a nice flow to them, with nicely spaced breather moments that give players the chance to get the pulse down before the next wave of combatants find you. The exploration missions allow players to fly around an open area, mining resources and discovering ship blueprints that allow you to craft new ships once you are back at home base. To be honest, these areas, while initially interesting, were a bit boring. The incentive of getting a new ship wasn’t enough to make the busy work of mining asteroids and looking for tiny chests worth the effort. Luckily they are optional and there is no need at all to complete them.

There is a story and much like the games Subdivision imitates from the ’90s this tale is little more than an excuse for the next mission to roll around. The setup is that players take control of a lost fighter pilot who stumbles across the aftermath of a battle and discovers an A.I who helps him investigate what is exactly going on. It is all pretty standard Sci-Fi stuff but the dialogue isn’t bad and really it achieves exactly what it needs to, setting a framework around the shooting. Graphically the game looks much like you would expect a space shooter to look, but there is nice attention to detail that is easy to miss if you don’t pay attention. The ship designs are particularly interesting, eschewing the traditional fighter ship stylings and heading more into angular Michael Bay Transformer territory, giving them a unique look to what is the norm. Sound design is also solid with the sound effects and musical score both used well to heighten the intense moments and calm in the quiet ones.

There is sometimes comfort in something turning out exactly how you expect it to and that is certainly the case with Subdivision Infinity DX. Its goal of recreating the classic era of arcade space shooters is a noble one and one that it achieves. There are some modern touches that would have been nice to see  (checkpointing mid-mission for one) and the game never tries to revolutionise the genre. However what it all boils down to is this is a great arcade shooter that is playable on current systems, nothing more, nothing less. Do you know what? I am more than ok with that.