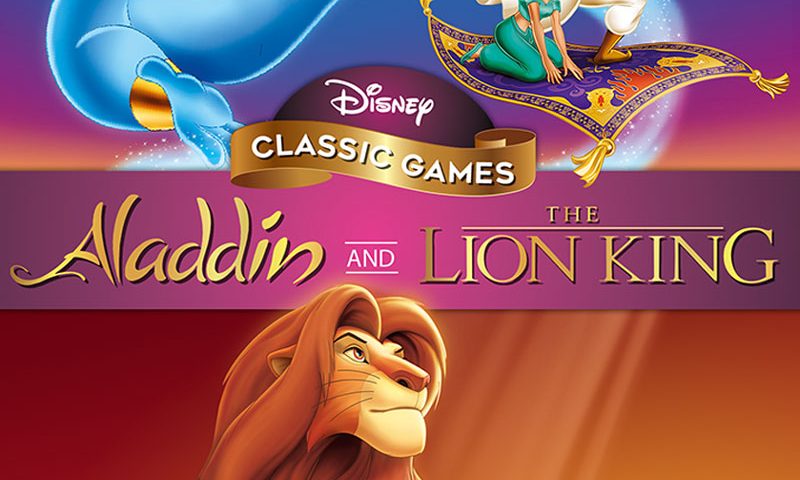 Disney has made a killing at the box-office in recent years by rehashing many of their most beloved animated films through ‘live-action’ remakes and reimaginings. For many gamers during the 16-bit era, Disney was also synonymous with licensed platform tie-ins which often went above and beyond the normal dreck that pervaded the genre, largely thanks to quality developers like Virgin Games and Westwood Studios being brought on board.

In a move sure to capitalise on recent film releases, Disney have announced that classic 90’s platformers Aladdin and The Lion King will be receiving an enhanced rerelease on the PS4, Switch and Xbox One. Titled Disney Classic Games: Aladdin and The Lion King, this package will include the Sega MegaDrive version of Aladdin, the SNES version of The Lion King and the GameBoy release of both titles. Sadly, Capcom’s SNES version of Aladdin, which was significantly different to the MegaDrive release, is not a part of this compilation presumably due to some licensing complications.

Developed by Digital Eclipse and published by Nighthawk Studios, enhancements to this release will include upscaling of all titles to 1080p, optional visual filters, behind the scenes features including music and artwork, a gameplay rewind function and cheat codes to make those difficult sections much more manageable (I’m looking at you, Stampede level).  Of note is the ‘Interactive Game Viewer’ feature which seems perfect to introduce these titles to younger gamers who can watch a full playthrough of each title and jump in to take over at any point – it could also prove useful to older players who are having trouble remembering how to complete some tricky sections or levels.

Disney Classic Games: Aladdin and The Lion King will release in Australia later this year for the PS4, Switch and Xbox One.