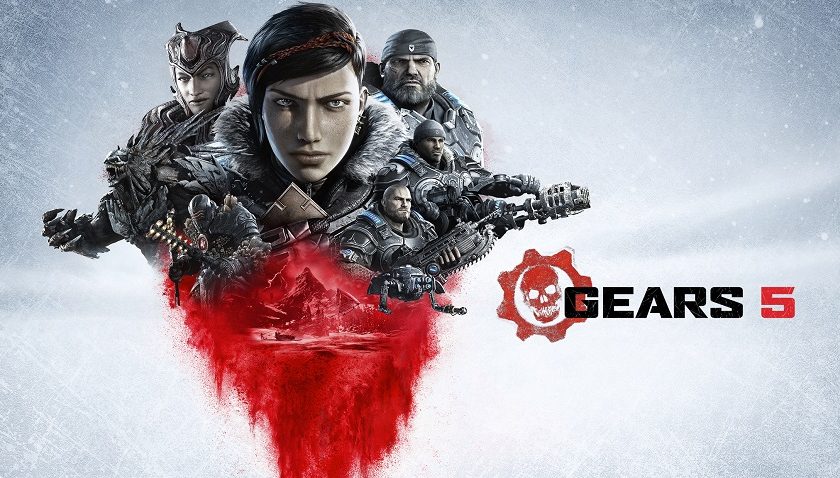 *Editor’s Note: This is only a review for the single-player component of Gears 5. We will be reviewing the multiplayer side of things once the game is released and there are populated servers to play on.

When you write about games you tend to have some preconceptions about things. You get an idea about how long things will take, how big a game is and how much time it will take to write a review. This especially true of an established series like Gears of War. A 6ish hour campaign, corridor shooting, familiar mechanics all means that getting the review done over a weekend isn’t too much of a stretch. This is where I went wrong. I made an assumption and it bit me in the ass. Hence I am writing this review, 2 hours before the embargo, desperate to get my words on paper, having only just finished the campaign. Gears 5 shook all of my preconceptions about the franchise to the very core, redefining what the series campaign mode represents and in the process giving me one of the surprises of the year.

You see, Gears 5’s single-player mode is big, really big. Yes, I know that the PR hype team have been telling us this for a while now but in my jaded writer mind I just shrugged this off as spin, the type of spin I have heard many times before. But the reality is, if anything, the PR undersold it. Gears 5 has a sense of scale previously unheard of in the franchise. From the size of the battles to the scope of the story, the phrase “go big or go home” has clearly been applied here. The most notable evidence of this, however, is the size of the levels. Things start off in familiar territory, with the standard Gears approach, linear levels that, feel a little bigger and more maneuverable than previous titles, still follow the standard formula. But before long that familiarity disappears and is replaced with an open world.

But fear not dear Gears fan, this is not a transformation into Gears Theft Auto, in fact, the game that Gears 5 most closely resembles is not any sort of open-world, Ubisoft/Rockstar title. No, Gears borrows from another source, none other than Nathan Drake. If you have played Uncharted 4’s Jeep level you will have a good idea of what to expect from the second and third chapters in Gears 5, only replace the jeep with a super cool wind-powered snowboard and the sassy adventurers with sassy muscle-bound soldiers of war. Make no mistake, this is the biggest departure from the norm ever in the series and in my mind it is fantastic. Finally, I feel like I know about the world of Gears on a more intimate level. Sure we had story tidbits and glimpses of the world before but now I feel like I have been firmly grounded in the Gears universe, I know what this tortured world has been through. Exploring these open areas is a treat thanks to the skiff (the aforementioned wind-powered snowboard) and the ability to discover side missions and lootable locations, which acts as a little breather from the intense and gripping story.

Speaking of story, I think this is the best Gears tale yet. It follows directly on from the surprising ending of the fourth entry, running in both predictable and unpredictable directions. If you have an understanding of Gears, then you have probably guessed where the story is headed, and you would be right, up to a point. From there, things take a sharp turn and all of a sudden the world is turned upside down. There are fantastic (if initially unlikeable) new characters, plot twists, tears shed and fists raised during this rollicking ride that I really hope players get to experience without spoilers littering the internet. While we are on the subject of the characters, I feel it is worth pointing out that the character dialogue in this game is fantastic. The way each member of the cast interacts with each other is out and out enjoyable, once again in a very Uncharted like way. The writers should be congratulated for their efforts here.

As for the moment to moment gameplay, Gears 5 is, just like its predecessors, all about the visceral action. The familiar cover-based gunplay is back and it is just as much fun as it has always been. This time around there are a couple of fantastic new weapons, most notably a Lancer which has a laser-sighted grenade launcher attached to it, a new quick melee button and a fully upgradable Jack. Jack, for those that don’t know, is the robot sidekick that has followed the Gears around since day one, only this time he takes a much larger role in proceedings. Jack has a variety of combat abilities that can be found and upgraded by locating parts around the world. This floating robot buddy always has an offensive and defensive power equipped and these can mean the difference in an intense firefight. Shock traps, portable shields, cloaking and enemy hijacking are just some of the abilities that Jack has access to and all have significant tactical and combat value, adding another dimension to the familiar gunplay.

Gears 5 offers, in my mind at least, the best game in the franchise yet and that is thanks to the developers feeling comfortable enough to take the game out of its usual wheelhouse. The introduction of the open maps, along with a fantastic story that is sure to make long-time fans jump with glee takes the Gears we know and love and brings it to the next level. This is a 10-12 hour adventure that feels massive, yet too short at the same time and frankly, I regret my need to rush through it. I feel like I still had secrets to discover and more time to spend in the world. The Gears 5 campaign is a wonderful success that reinvigorates the franchise and leaves me wanting more, the highest compliment I can ever give.