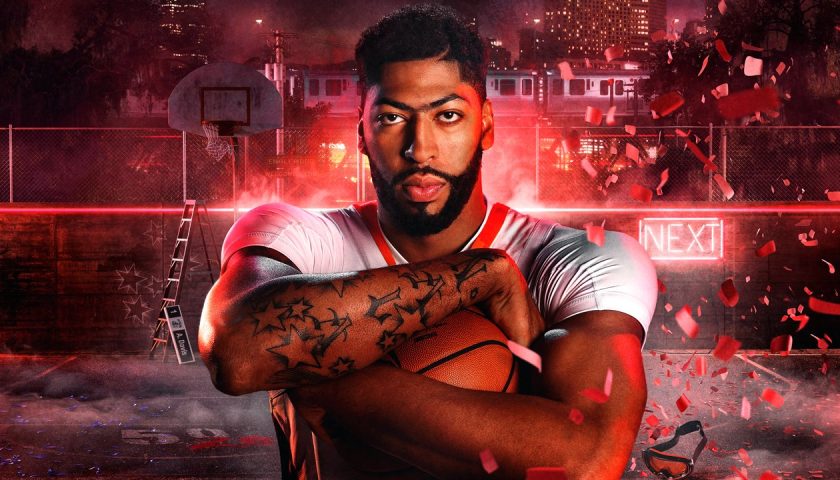 So, another year and another NBA 2K game has hit our shelves. This time of year always tears me down the middle. You see, I love the basketball in the NBA 2K series. For mine, the gameplay is the best sports title money can buy. The physics, the realism, the commentary, the presentation are all second to none. But on the other side of the coin is the nasty, nickel and dime tactics that 2K has introduced into the franchise over the last few years. Boost your stats? Need some VC (the in-game currency). Want some new duds? More VC. Feel like changing your look? You guessed it, more VC. This wouldn’t be such an issue but the game doled out VC at such a slow rate, players were coerced into buying some with real money, just to be competitive. Grinding out a top player wasn’t feasible without hundreds of hours in the game. So it is that I approach another year of NBA 2K with trepidation. Will my sports game of choice be once again ruined by a company determined to bleed their consumers out of every red cent or will it be a game of redemption, wiping away these past sins?

Well, the answer it seems, lies somewhere in the middle. The VC purchases are still here in all their dubious glory and VC is still the cornerstone of the experience. The other troubling presence is a heavy amount of gambling. Lucky spin wheels and other casino-style games abound, all using VC as buy-ins. There are a couple of problems I have with this. The first is, that VC can be purchased with real money, which by extension means these activities are “real” gambling. The second issue is that gambling, especially in Australia, is such a problem. This is something that destroys lives and here we are, engaging in it in a game that is supposed to be about becoming a world-class basketball player. It doesn’t sit well with me at all and as these practices get examined in closer detail it is my sincere hope that they are abolished altogether.

With that out in the open, it must be said that this year things have made an improvement for the better. For starters, the need to go into the neighbourhood (NBA2K’s social space) is less pronounced, so if you are inclined to just play ball and do your workouts, there is no need to venture into this gambling and microtransaction filled world except to pick up the odd wad of VC from your agent’s office. The second improvement that makes the biggest difference is that amount of VC that you can earn through just playing. It isn’t too hard to be earning 1000 – 1500 VC per game pretty early on, which means that developing your player is once again a path to greatness and not a forced spend. These two changes mask the game’s underlying problems, and while it is sad to see they are still there, it is nice to not be forced into interacting with them.

As for all the good stuff, it is there in spades. The basketball has been polished to a shine and this really is a baller’s dream game. This year the focus seems to be on recreating realistic player movement. Bumping through traffic drains a player’s stamina at an alarming rate meaning finding a clear path’s to the hoop is essential to scoring. This also means the game rewards patience. Taking your time and looking for the right passes or screen opportunities is essential and barging to the hoop will get you nowhere. This year’s title, more than ever, is for people who understand the game of basketball. Unlike, FIFA, for example, NBA 2K really doesn’t offer much for those that lack knowledge of the game. This makes it wonderful for those that revel in the sport but hard to recommend for those just wanting a fun game of no consequence ball.

Another thing that the game has added this year is a set of much clearer indicators on how you are performing. There are indicators on how your well you timed the release of your shot, how much coverage was on you when you took the shot and how much energy is required to make the best shot possible. It is information like this that allows players to continually improve their game and work on areas that they struggle with, making this year’s edition the best ever in terms of making players better. All of these new features only add to what is already the world’s premium game of ball. The fact that the developers can keep improving the game year after year is a testament to their abilities and knowledge of the game.

The premium mode for many in NBA 2K20, including myself, is the My Career mode. Every year there is a big story about a rookie overcoming adversity and making it in the NBA and this year is no different. However, there are a few things worth noting. For starters, this year the main character isn’t an utter prick like he was last year. The story of a college baller that stands up for a downtrodden teammate is immensely more enjoyable than anything that has been offered in recent years and the voice actors all do a great job. Don’t get me wrong, this isn’t Shakespeare but it is a decent sports tale. The much-hyped inclusion of Idris Elba and Rosario Dawson is a little bit of a mislead though. Idris is only in 2 or 3 key scenes and Rosario doesn’t show up much more than that either. Don’t get me wrong, these are two of my favourite actors so I am happy to see them in anything at all, but I can’t help but feel like they were a little underused.

With NBA 2K my bipolar love for the franchise continues. I have always enjoyed the balling and with a tonne of new additions, better story and some nice new visual indicators I am pleased to say that it is better than ever. The dodgy money-grubbing tactics are still here though and that always brings me down, but I will say that thanks to the fact the game is much more generous in doling out VC and it doesn’t shove the need to buy VC in your face like previous years, the whole situation is much more bearable. Don’t get me wrong, it still isn’t great, but it is a noticeable improvement. In all, NBA 2K20 is a better game of ball than 19 and much less aggressive on the microtransactions so it is a solid improvement all round. If that is enough for you, you won’t be disappointed with what it has to offer.