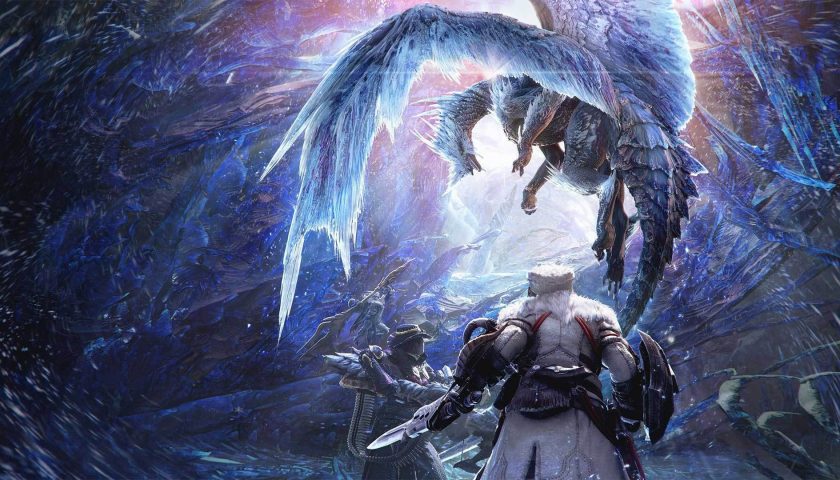 The Road To Iceborne – Back on the Hunt

Monster Hunter: Iceborne is near, and there’s so much to discuss, so in a series of pieces beginning before launch and chronicling the journey well after it’s arrived, Paul will be recounting the many different adventures he has had on the hunt in Iceborne. Buckle in and join him for the ride.

Monster Hunter World was without any doubt, one of my favourite games of the year, but, on the other hand, 2018 was also a year bursting with high calibre titles, many of which released in the same window as World. This did mean that I didn’t get to spend nearly the amount of time with the game that I would have liked, but with the Iceborne announcement, I was desperate to return. This is the story of my return to Monster Hunter World in preparation for the Iceborne launch.

As many gamers will attest, if a game has been out of your rotation for a while, the rust builds up quickly, and when you do return, it takes quite some time to regain your sea legs. For some, they will opt to hit restart, begin the story anew and will attempt to push back to the point they checked out and then beyond. Others will, as I did in this case, stumble and bumble their way back into the experience, forfeiting a bit of narrative context to get to where they need to be quicker. With the narrative of Monster Hunter World not necessarily being the strongest, the decision to drop back into the game where I last left it was an easy one to make, what wasn’t easy so far was getting back into the flow of combat.

Monster Hunter World can kick your ass at the best of times, and returning with largely no practice since roughly May 2018 (save for the beta a few months ago) compounds the issue further. I was not yet through the campaign, with my battle against Zorah Magdaros looming large, but I thought that was the final encounter and that I’d be ready to make the jump from that point. How wrong I was. Before taking on Zorah I decided that it would be a smart idea to go back to basics and take on the small fries of the game, Great Jagras, Pukei-Pukei, Tobi-Kadachi and the like, to get myself back into the swing of things again – that proved to be successful, as was my encounter with Zorah, and I instantly felt like I was ready to plough through anything before me. As I soon discovered, you’re not through the campaign with the defeat of Zorah Magdaros, only that the high-rank monsters are now unlocked, and boy oh boy, they took me to school. A colossal Anjanath and a Pink Rathian threw a significant cat amongst the pigeons for me, with the Iceborne launch getting closer, and Hunter Rank 16, the necessary rank to access the content, suddenly seems a long way away, as both rained hell upon me.

After taking on a few handy pointers, and some farming of Zorah Magdaros for the parts that facilitated the construction of some handy high-rank gear, I eventually disposed of the pair, before another wall was placed before me in the form of Elder Dragons. Nergigante hates me to this day, while the other Dragons aren’t going to make my life much easier either, but I’m almost ready to go. Hunter Rank 16 is within my reach and I can almost progress into Iceborne, but I will step into the frozen tundra with a degree of trepidation. Will I be up to it? Am I in for yet another hiding? Will such a hiding burn me out on the expansion? Why can’t I just have the Master Rank gear they’re giving away to fast track me to the point I need to be at to access the content? Capcom keeps teasing the return of famous overwhelmingly powerful monsters, will they become an even larger barrier of entry for me to climb? I have few very answers for these questions, but I’m mighty excited to get into the experience already.

Monster Hunter World: Iceborne arrives for PS4 and Xbox One on September 6th, and you can rest assured that Paul will have far more stories to tell of his time in the tundra once that time arrives