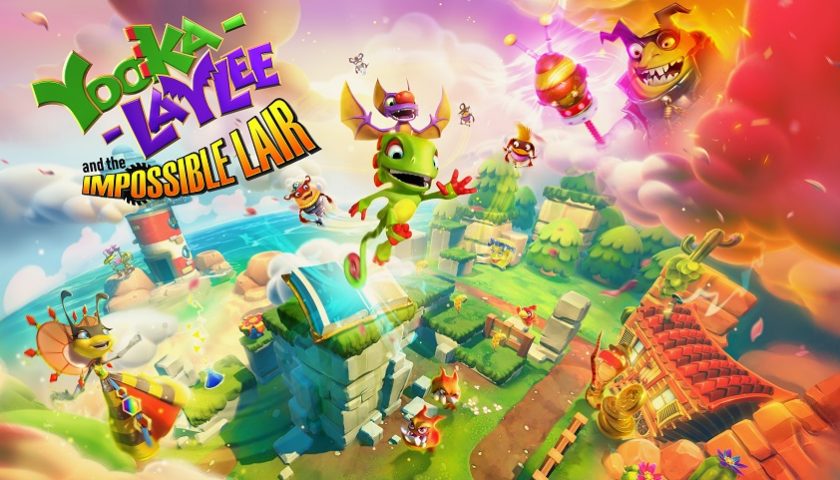 “What a Tonic” the press release reads for Yooka-Laylee and the Impossible Lair. “Hmm,” I think, “I quite like that band…” Alas, this is not the interactive version of If You Could Only See that I was hoping for, but a 2.5D platformer involving a dinosaur gecko thing – and it looks pretty cool!

I haven’t played the original game, but from what I know it was a pretty decent 3D platformer with lots to collect. The shift to 2.5D almost seems like a 0.5 step backwards. However, with the likes of Donkey Kong Country Tropical Freeze proving the tenacity of old-style platforming, there’s definitely space for something that bathes the genre in a modern console light.

So, the news we are spraying out at you today (do dinosaur gecko things spray? I feel like they would lose their tail if threatened, not spray, but my fingers just wanted to write the word and now it’s there, so . . .) er, is that you can collect Tonics in the game, more than 60 of them in fact! And who doesn’t like collecting things? Woolies and Coles certainly know this.

Now, I know you’re already champing at the bit to roll with super speed through a Dark Souls Yooka-Laylee world – but wait there’s more! If you dig into the dusty, dead animal skin pouch you call a wallet or purse and come out with a few dollars to plonk down at your local games dungeon and say, “Preorder me that Yokka-Laylee game please, my good person!” then you’ll be rewarded with four exclusive tonics that have the following properties:

Oh yeah, the tonics are also combinable, which could be interesting.

Yooka-Laylee and the Impossible Lair comes out October 8 and will be available on PS4, Xbox One and Switch.