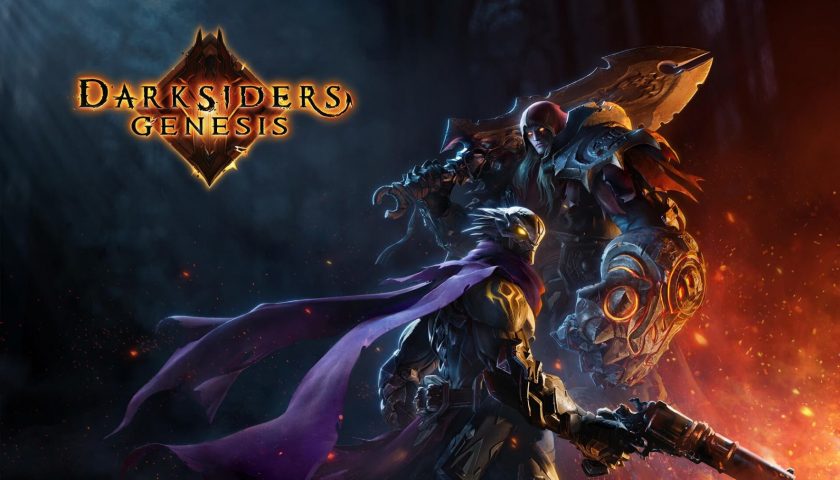 With Darksiders 3 not quite hitting the mark, you could have been forgiven for thinking that the franchise might be getting a rest. But that couldn’t be further from the truth. Less than a year after 3 was released, Darksiders Genesis was announced. But this isn’t simply Darksiders 4, no it is a whole new direction for the cult-favourite franchise. Gone is the 3rd person, platform/puzzling of the past titles and in its place is an isometric co-op dungeon crawler in the vein of Diablo or Torchlight. That means the big question is does this new direction work? Well, I went hands-on at PAX Aus to find out.

The first thing I noticed is that calling this a Diablo-like is a little bit of a misdirection. Sure it has the same sort of viewpoint and while I didn’t get to see it in action, there is a loot system in place, but it doesn’t really play like a Diablo game. In fact, it feels more like Alienation or even Redeemer than Diablo, with a mix of twin-stick shooting and melee combo action. There are two playable characters in the game, the only horseman who hasn’t had his own title, Strife and the beefy lead of the first game War. While I was playing in single-player mode I could switch between the two on the fly, which was a nice touch. War is still a beast with big slow heavy combos and Strife has much more of a ranged focus with his melee attacks hitting often, but lightly.

The real highlight of my demo session was when I was joined by fellow P2 writer Paul James for some co-op action. This is clearly where the game will shine brightest as it scales up for two players and introduces a range of features that make playing with friends more enjoyable. Firstly the game is fully split-screen compatible, something that is not always thought of in this day and age. Secondly, players can still switch between War and Strife on the fly to mix things up. Finally, there are combination moves which involve both players linking their specials for added effect, something that we had to do to take on the epic boss battle at the end of the demo.

Graphically, the game does a great job of translating the look of the Darksiders games into an isometric perspective and despite the criminally terrible monitor used at the demo booth, I was still able to clearly identify all the characters on the screen despite the chaotic action taking place. There were a few little glitches and broken secrets (one secret area just wouldn’t open even though we solved the puzzle) but these things are to be expected in an alpha demo. The only slight issue I have is the backgrounds seem rather generic and lacking in a little bit of detail, but once again this is something that could be rectified before release.

With Darksiders Genisis, it appears that THQ Nordic is going to successfully move the Darksiders franchise in a different direction. The premise and gameplay are tight and the co-op action a joy. I have a slight concern as to how it will hold up over the length of a full game, but from what I have seen it is worth finding out. Darksiders Genisis is listed as a 2019 release so hopefully we still see it this year, but considering how late in the year we are I am expecting to slip into 2020.