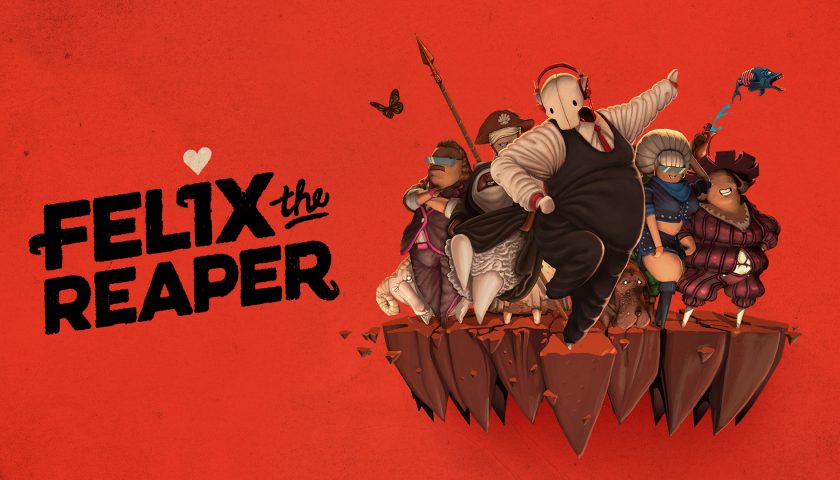 Death can be funny, especially when you are part of the team making it happen. It can be satisfying to line up a dastardly hunting accident or disastrous car crash, with a slapstick demise playing out in domino-falling fashion. Here, you play as Felix, a silent death dealer in training who is in love with a showgirl on the other side of life, literally. His bosses know Felix’s motivations for applying to work at the mortal border, yet they tolerate both his obsession with a girl and his constant propensity for dancing because he is damn good at what he does.

What he does is kill people. How he does it comprises the gameplay portion of Felix the Reaper, which plays out as a combination of shadow and object-swapping puzzles. You know those child puzzles where you have to take the larger blocks or rings from one pole and swap them across, trading them in a handful of moves to finally allow for the right sequence? Well, this is nothing like that! But it does feel similar because you are constantly reusing objects inside small, floating, isometric maps with limited movement options.

At its core, Felix the Reaper is about shadow manipulation. Felix can only operate inside shaded squares, although he can pick up barrels or stones or bundles of wood from sunny tiles, as well as place objects on free squares. He just can’t ste- I mean dance there (yes, every move Felix makes is with the groove in mind). As the player, you have the power to manipulate the angle of the shadow, switching it around the simulation. Sometimes this allows Felix to dance across previously sunny tiles, to then stand at cross-over sections for the shadows to be switched back. Other times, this exposes him completely, forcing that move to be reversed.

Puzzles, therefore, rely on picking up objects and placing them to cast shadows so you can get around lighted areas. Things become more interesting when you start to realise that two objects placed on top of each other, or an object placed on a convenient flat object, creates a far longer shadow in which to frolic.

Each map contains a mini-narrative that leads to the death of an unfortunate pleb. Early on, these deaths are fairly simple, such as physically grabbing a person and placing them in the path of a thrown spear (time is frozen until you solve each map). It’s not long, though, until each death involves four or five sub-tasks (each level being a single part of the larger setup) in order to place the victim in harm’s way. These narratives play out with short, humorous animations that employ a unique art style. These “people” look almost dead anyway, paper-mâché versions of men, women and animals.

Puzzles only increase in complexity, bringing in switches and pipe portals. I found the pacing to be a bit slowed down the longer I played, which felt at odds with the bright designs of the maps and Felix’s raring-to-dance animations. I would have liked solutions that rewarded experimentation a bit more, rather than rigid solutions to each map. I, therefore, fell into the rhythm of clicking “show next move”, which never felt like cheating because sometimes just working out how to get that move to work felt like a puzzle within the puzzle.

While I enjoyed the overall aesthetic of the game, I can’t say that fun followed me very deeply into it. Solving puzzles became more “let’s get this over with” rather than something I actually yearned to do. I think this is because as the setups got more elaborate, I missed the simple pleasure of seeing a bit of gore as a reward. Sure, making a dog jump into a well after a hunk of meat is funny enough, but it’s no decapitation.

Felix the Reaper is a mildly difficult puzzler that will appeal to those who enjoy object swapping and thinking several moves ahead. It’s light, gory humour and unique art style keeps things fresh. I just wish there was more room for pushing things beyond set solutions. It feels more like following a set of instructions than forging your own path.