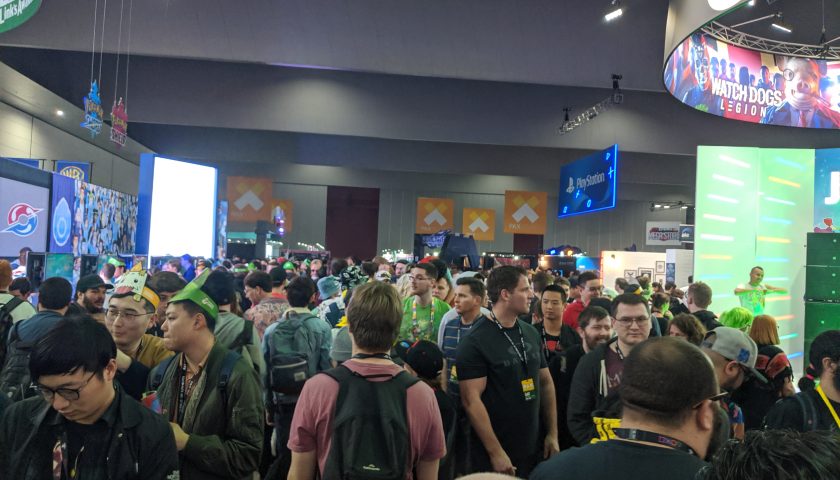 You could spend an entire day watching and playing Indie games at a PAX AUS event and that would be a day spent well. Every year continues to surprise and impress us here at Player2 and 2019 was no different! We spent a lot of time walking around, talking to developers and enjoying what was on offer, these were some of my favourite picks of the event and some titles that everyone should be keeping a close eye on, enjoy!

Despite a fellow attendee claiming that this game was “like Mario Bros …” you’d be more accurate for liking this game to Super Meat Bot. It’s a platform runner where wall jumping, sliding and double jumping is your key to successfully reaching the end goal of a level.

The demo had one level on show. This particular level was in six parts that increased in difficulty for every successful goal reached. This seemed to be the same level each time but would expand and add sections every time you managed to scrap past the instant death obstacles in your path. The playable version on the show floor had a 4-minute time restriction attached just to make things more difficult (and I totally beat this with 3 seconds left … ez clap).

These games always go down a treat with gamers who enjoy this sort of thing so go and check this one out:

True story, I really enjoy a game of chess. It’s a calm and relaxing game which involves some careful thinking and strategic tactics to outwit and beat your opponent. I say this because First Born reminds me a lot of this timeless old classic.

First Born is a turn-based RPG game that doesn’t allow you to directly attack your enemies (at least not in the traditional sense). The version on the showroom floor made this abundantly clear in the first lot of dialogue before you even make your first move. Instead, you’ll be moving and placing your squad on the map, then utilising the environment to take out the bad guys!

The demo had you control three different characters, each with their own skills. For example, one character had a whip that could grab and pull enemies towards you, and if there happens to be a death pit in between you and them, then it’s going to be a good day for you. The final part showed off one of the enemy bosses which required some strategic thinking in order to take it out. When all was said and done, the game was really fun to play, felt instantly rewarding and quite relaxing as well, keep an eye out for this one:

Do you like party games? Of course, you do! These sorts of games are easy to pick up and designed from the ground up to have an extremely shallow learning curve so that you can invite your buddies around and get cracking with minimal explanation.

The version at PAX AUS allowed 8 players to battle it out and during our playthrough we came across the following game modes:

Looking at the list of modes on display, there was no way in hell we were going to get through them all, but trust me when I say there was a lot there.

Speaking of surprises, this was quite possibly the biggest one. Being a bit of a VR fanboi, I’m always on the look out for games that stand out, and this one was very much on my radar. I had no idea however that it was being developed right here in Australia and that I’d get the chance to talk to the developers of this amazing looking title!

Espire1 puts you in the shoes of a secret Government robot that you’re remotely jacking into it, to try and escape a facility that has been overrun by Terrorists who seek to capture this highly advanced weapon to use for their own nefarious deeds.

The best part of this game is your ability to choose your plan to approach combat. You can take the silent/stealth route, or you can go in all guns blazing. To top this off there’s a slow mode option that puts everything in bullet time, allowing you feel like Neo for a short moment of time (as well as giving you a bit of an out if you get caught out by a bunch of enemies around a corner).

The game comes out this year but the demo on the showroom floor was already looking really smooth, no bugs and no hiccups. The release will be compatible with all VR headsets simultaneously, so there’s no excuse not to check this one out!

What do you get if you cross Tetris with Bungee Jumping? You get Topple Pop, that’s what! We could leave it at that explanation and still feel confident it was a good description of what this game is like, but don’t let this brief explanation downplay how fun this game was!

Controlling your character required quite a bit of skill and patience and knowing not just where to place your block but when was also key. The demo had multiple modes, such as Free For All and Time mode, but our favourite mode was the 2v2 battle co-op!

There’s not much else we can say about this one except that we had quite a few goes and still wanted to play more, go have a look at this one.