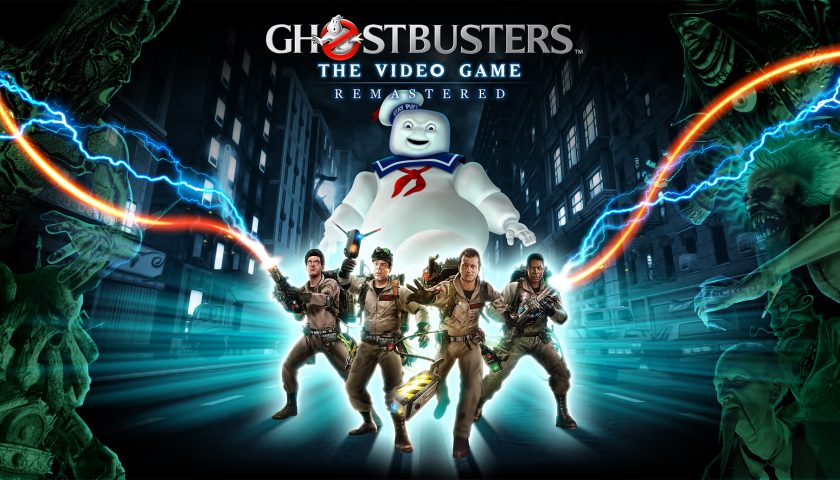 Ghostbusters The Video Game: Remastered – I Aint Afraid of No Ghost

Fans of the GhostBusters franchise had been clamouring for a third core entry in the film franchise for a long time, and it seemed likely that their cries were going to go ignored as the years rolled by, the speculation mounted, before amounting to nothing. The hardcore were desperate for anything and so two decades had passed since the release of GhostBusters II with nothing other than hopes, dreams, and a few less-than-acceptable tie-in games, before fans finally got a third franchise entry. It wasn’t what the fans had expected though, coming in the form of a video game, a video game that had recruited all the core talented from the films and was officially classified as the third GhostBusters canon entry according to Dan Aykroyd. GhostBusters: The Video Game was well-received upon release in June of 2009, receiving nominations for story adaptation and best acting, and now the title has been remastered for a new generation to enjoy. The last decade has been a time of change for the franchise with this remaster releasing in an era where the reception of the franchise, both from fans and critics has changed significantly. Does this blast from the past still hold up?

Across seven chapters, and approximately 7-8 hours you’ll jump in the Ecto-1 and scout the city streets as you travel to various iconic locations such as the Sedgewick hotel, but also other key New York landmarks such as Times Square and Central Park. As a new recruit you’ll be shown the ropes by the GhostBusters, but when a supernatural wave of energy expels from the Museum of Natural History, engulfing the city, your education is fast-tracked with the team needing to hit the streets to restrain the explosion of paranormal activity. You’ll then hurtle throughout the city, from location to location attempting to unravel the mystery, the culprits and put a stop to the new ghost infestation. Though comedic throughout the story itself is relatively y the numbers, and twists and pivots, while you may not where they head, are themselves quite predictable. The acting, specifically the work of the original actors (Dan Aykroyd, Ernie Hudson, Bill Murray, and the late Harold Ramis) reprising their original roles is superb and adds an extra layer of authenticity to the entire experience, especially with the original development team doing a fairly good job (for the time) of recreating the cast as they were back in the 80’s films. Of course, an extra ten years later the character models, in spite of some cleaning up, certainly don’t stand up as strong now, and some CG scenes can look especially rough, but overall, the world and those within it have been faithfully recreated, and look decent enough.

As a GhostBuster you expect to be busting ghosts at a fairly frequent clip, and the game doesn’t shy away from putting you in the position to clean the streets, corridors and gutters of the disgusting ghosts. There’ve not been any noticable changes made to the mechanics behind combat and movement, which does mean that, like with the original version of the game, that control can be a little slippery at times, but contextually that aligns with the goal of trying to restrain wriggling, cheeky spirits. It’s great to get to use a wide range of the different GhostBusting tools though, which add gameplay variety whenever the time comes to flick on the goggles to scan the environment for example.

Where the old systems do frustrate though is in some of the larger scaled, more heated encounters. The AI of the team was then, and should still now be considered horrific, your crew will often get in your way, and are seemingly incapable of fending for themselves leading to an excessive number of attempts to revive them, which will often lead to you being slimed yourself. This facet is something that could have and should have been touched up before re-releasing the game to the world.

The old soundtrack still evokes the classic feel of the films, the voice work is rock solid, and as outlined earlier, the visuals, while fairly good for the era have aged a fair bit in this current release, even with a modern upscaling applied. The love that was so clearly poured into the original release is what helps to carry you through the visually rough patches because of the charming scenarios and representations of the GhostBusters universe that you’re presented with. The biggest battle the GhostBusters are fighting in this release is a battle with time, and though it’s not an easy win (when is it with these guys), it’s a win, a messy one, nonetheless.

For a game that made such a mark on millions of GhostBusters fans, its a shame to see a very surface-level amount of effort be put into this remaster, in doing so, we’ve gotten a lesser version of what was originally a good game. There’s a bit more slime on this one, but if you can wipe it away you’ll still come to find a perfectly engaging GhostBusters sequel that, in spite of some flaws, is a perfect fit as the third entry in the franchise. Let’s hope that with the continued resurgence in the IPs film presence that in the near future we see more of the GhostBusters on the smaller screen.