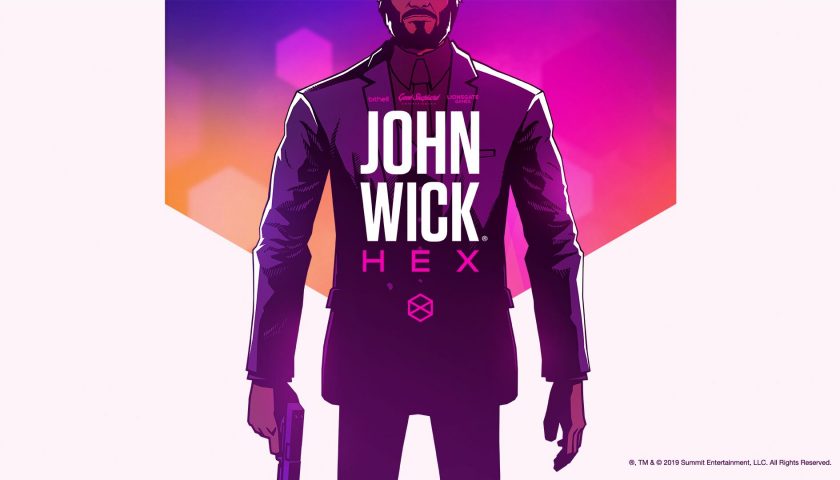 With the announcement of John Wick Hex from Bithell Games, fans of the Keanu Reeves action franchise were initially excited, though understandably confused as details about the game emerged. Yes, we were getting a John Wick game, but this wasn’t going to be a standard third or first-person-shooter – we were getting a strategy game.

Even using the term “strategy” conjures up the wrong images when discussing John Wick Hex, as the game truly feels unique, and certainly does its own thing in when viewed alongside current offerings in the gaming landscape.

Set before the events of the first movie, the game casts players as John Wick, the world’s deadliest assassin. Wick’s allies Winston and Charon have been kidnapped by Hex, who hopes to lure Wick into a deathtrap. Wick will do what he does best: leave a trail of bodies in the wake of his vengeance.

The story doesn’t really add anything to the John Wick franchises’ lore (as Lionsgate were hoping it would) but rather serves to set up the game’s action and various locations. I was pleasantly surprised that Ian McShane and Lance Reddick reprised their roles of Winston and Charon respectively, and that the very talented Troy Baker plays Hex. Despite the story being very by-the-numbers, the voice acting is on point.

Visually, there are times where the game is very pleasing to the eye. Similarly to the films, JWH offers an art direction that mixes neon colours with pitch black. If you’re a fan of the current throwback to 80’s neon in film and games, you’re going to eat up all that pink with a spoon. Character models are serviceable though repetitive, but this repetition allows for players to read a room and quickly form a strategy. The cutscenes between missions also use character models created in the same way, and boy, are they ugly up close.

The game is presented from a third-person perspective, with the camera being controlled with the WSAD keys. Moving Wick around and interacting with enemies and items is all done with the mouse. Every action in the game costs time, with a timeline running along the top of the screen. When an enemy is visible, their timeline is also visible. Wick being the master of combat that he is, can predict an enemy’s behaviour and see how long it will take them to execute various actions on their timeline. Knowing the options available and how long they take to execute are crucial to your success.

Throughout the game’s various locations you’ll encounter a variety of baddies and weapons. Brawlers will attempt to get up close to Wick for some hand-to-hand combat, while Shooters will engage with him from a distance. John has a number of options for engaging with the enemy, each with their own advantages and disadvantages. He is also able to use Focus to execute a number of other moves, such as dodging melee and gunshots. Fail to rebuild your focus and you may find yourself crouching, out of ammo, and surrounded – not ideal.

Completing a level allows players to watch a replay of all their actions in real-time, though at the time of writing this was extremely buggy. At times, the enemies would vibrate or wiggle when dead. Other times John would do something extremely strange, such as circle around his enemies before executing an action. Some times he would have no gun in his hand before throwing one. I’m sure this is a patch away from being what it should be.

Gameplay is simultaneously John Wick Hex’s strongest and weakest point. When things are going well, players will feel very John Wick-esque. When things are going bad, they will feel embarrassed for even attempting to walk in his shoes. It isn’t entirely on the player either, as there are only so many options at their disposal, and the game constantly shifting weapon and enemy spawns can make for unforgiving difficulty spikes. I threw my gun at a boss so that he couldn’t retreat for cover and was stuck repeating the next section for hours until I had that perfect run. The game never lets up, even when it shuffled things around.

Being a huge John Wick fan, I was eager to play John Wick Hex, particularly after learning of the clever story behind the game (I won’t mention it here, but you can find it on Wikipedia as well as in numerous press releases) and was appreciative of the fact that it aimed to be more than a shallow cash grab. It certainly achieves this, however, I feel the game doesn’t quite offer up the experience of being John Wick, for a number of reasons.

Firstly, there’s no room for improvisation. You’ve heard of the Baba Yaga killing people with almost anything he can get his hands on, right? Like a pencil. “A f#%!ng pencil”. Sadly, you cannot use a pencil in John Wick Hex, nor can you use any other random items. The scenery ultimately exists to provide cover for you and your enemies. Considering a lot of missions take place at nightclubs, it would have been cool if the scenery came into play more – especially multi-storey ones.

Then there are the abilities at John’s disposal. When interacting with your enemies, you can engage with them from a distance by shooting them or throwing your gun, but you have much more options when up close and personal. For the most part, the bevy of melee combat skills keeps you covered. You can take an enemy down, strike them, push them, or parry their attacks. Should you position an enemy between you and another enemy, they will still shoot you as accurately and as care-free as though there was no one there at all. Worse still, you cannot push an enemy into the line of fire or through it. I’m no Baba Yaga, but even I know human shields should always be an option here.

For all it’s ups and downs, John Wick Hex is still a decent strategy game that has earned its place among others. It offers a unique experience based on the best action movie franchise of the last ten years, and shouldn’t be overlooked for its shortcomings. If you’re curious about this one, definitely check it out.