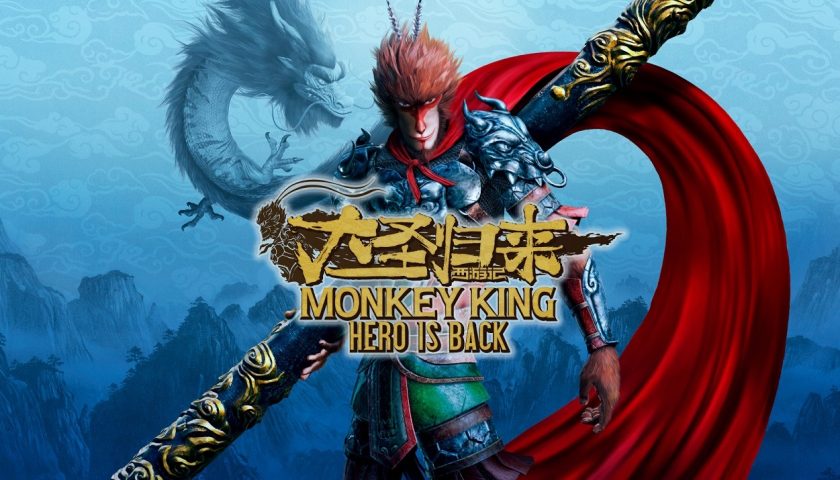 It has been a while since we have seen a solid action game for kids hit our consoles. They used to be quite frequent but these days it seems to be all about the Adults. So when Monkey King: Hero is Back came about I jumped at the chance to see if this could recapture those classic family adventures of the PS2 era. Monkey King delivers exactly that, a PS2 era game with better graphics. Sadly, despite nostalgia telling me otherwise, that is just not enough in this day and age.

The game is apparently set up as a companion piece to an animated movie from a few years ago. Never having seen this movie, I can’t tell you how successful it is in capturing the inspiration. What I can tell you is that Monkey King: Hero is Back is yet another telling of the classic Chinese tale, Journey to the West. We have had a few successful takes on this in recent times with Enslaved by Ninja Theory being the most notable (but the original Monkey Magic is still the best), and while Monkey King isn’t even close to the level set by Enslaved, it is a faithful enough version of the classic tale.

Close enough seems to be the whole story with Monkey King though. The entire game is neither amazing or terrible, it is just competent. The Voice acting is fine, the combat is ok, the graphics passable, the controls work. It is a game that aims for mediocrity and succeeds at every level. There is nothing that stands out as worthy of talking about at all, but at the same time there is nothing that is horrible either. This, my friends, is the very definition of a 6/10 game, the sort of game we used to see all the time slapped onto whatever the latest blockbuster movie was or cartoon trend.  It is the sort of game that Grandma’s used to by kids for Christmas, thinking they were getting something super cool for you while you had to pretend it was just what you wanted.

That isn’t to say there isn’t fun to be had here, because there is. It is just the sort of fun you have had many many times before. It is local park fun as opposed to Universal Studios fun. Like I said, the combat works and it is enjoyable at a basic level, bashing up monsters with kung-fu is, after all, an entertaining premise. But as I sit here writing, I am struggling to remember exactly how it worked. I remember I had an enjoyable enough time bashing on the baddies, but I can’t remember how it came about or how I went about it.

Monkey King: Hero is Back is essentially forgettable. A sea of mediocrity with no ambition to be anything more. Clearly there is a talented bunch of devs behind the game because it all works. There are no bugs, the camera is fine and there isn’t a glitch to be found. But there is no desire here from the developers to make this anything more than a servicable movie tie in and that is a giant shame. If this was the old days I would say this game is a rental at best, you will get some fun out of it and I am sure young kids will dig it, but for everyone else, there are too many better options out there for this to be a real consideration.

Monkey King: Hero is Back was reviewed on the PS4 with code kindly supplied by Koch Media