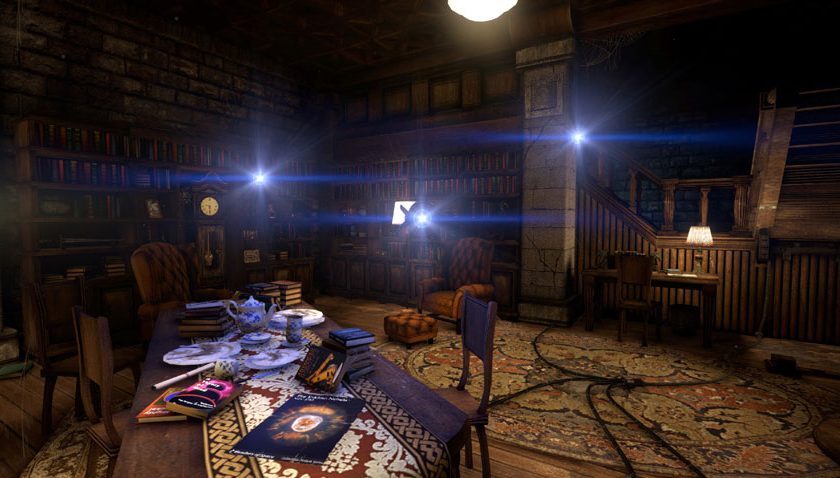 The Eyes of Ara – Switch Review

Originally a 2016 PAX AUS Indie Showcase winner, 100 Stones Interactive’s touch-based mystery adventure/puzzler The Eyes of Ara has made its Nintendo Switch debut this week exclusively through the eShop. As with many indie games made in recent years, appearing on the Switch allows a newer audience to easily find titles which are often at the mercy of both a crowded Steam Marketplace and its oft confusing algorithms.

Tasked with investigating a mysterious radio broadcast from an ageing castle, players will uncover the fate that befell its previous inhabitants through environmental exploration and puzzle solving utilising objects, clues and information scattered across a number of locations. The Eyes of Ara wears its Myst inspirations proudly and successfully captures some of the same feelings I had many (many) years ago when playing that title. Offering both touch screen and Joy-Con Motion Control movement options, The Eyes of Ara comes to the Switch with solid performance and a visual style that varies in the level of detail as some assets seem to have had more care taken with them than others. However it’s hard to find too much fault given the small size of the team that put it together, especially as the art and sound combine to create a particularly lonely atmosphere which suits both the setting and narrative.

Split across a handful of chapters, I really appreciate how The Eyes of Ara approaches its story, slowly peeling back layers and urging players to engage with the many written materials to be discovered, not all of which seem to come from reliable narrators or a singular perspective. While the standard adventure/puzzle mechanics are here – different items or clues to solve particular puzzles becoming available at varying intervals – most areas are kept relatively insulated from one another and locations and interactive items are locked off once they have exhausted their usefulness, ensuring that I didn’t waste large amounts of time on any section I was finding difficult. None of the puzzles are overly obtuse and solutions generally become clear once the information at the players disposal has been adequately pondered, however much younger players may require some assistance in parts. I played primarily in handheld mode while travelling and found the touch screen interface generally worked well but would sometimes struggle if I attempted to move too quickly, which only occurred when I had finally pieced together a solution I had been mulling over and wanted to push forward as fast as possible.

The Switch has become the preferred platform for many to engage with independent games outside of the PC environment and The Eyes of Ara is a solid addition for any player using the system for this purpose. With a compelling mix of gameplay and narrative, it doesn’t overstay its welcome and I found it a perfect game to play across a few sessions during a number of flights I was taking as part of an overseas holiday. If Myst makes you misty-eyed or a change of pace from action heavy titles sounds appealing, then The Eyes of Ara has what you’re looking for.