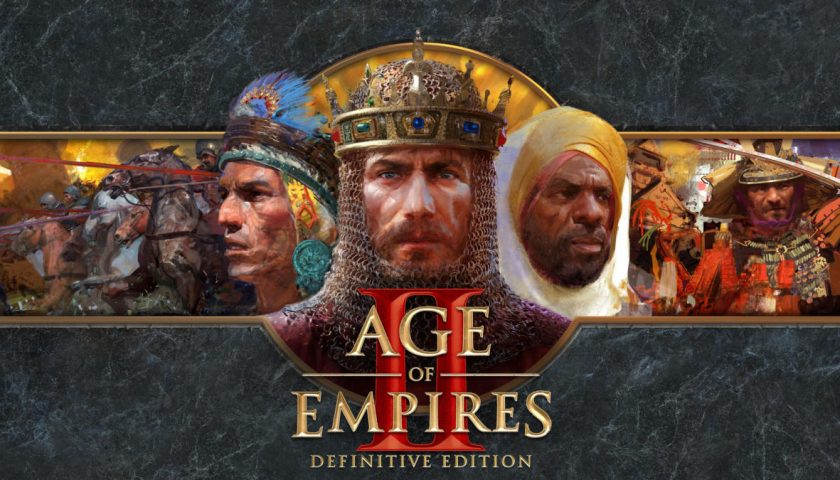 Let me start out by saying this isn’t a review. What would be the point? Sure I could talk about the upgrades made to the game (of which there are many, especially in the visuals department), the great netcode or even the brand new campaign built just for this release, but that would fail to capture the reason for this edition even existing. This isn’t a re-release designed to bring new players into the fold (even though people should give it a try), this is a game for the old school among us. This is for those that remember the joys of fending off six armies while you protected your wonder, for those that revelled in converting whole sections of the opposition’s forces with a cadre of priests, for those that take special pleasure in watching a castle fall thanks to an army of trebuchets. In short, this is a remake for me.

The joy of AoE, especially number 2, is hard to describe. In its time it was both just another RTS and something so much more. People came from hits like Command and Conquer and Warcraft looking for something a little deeper, something that took the genre in a new direction. AoE did exactly that. This was a game that was not about amassing the largest army as quickly as possible (though you could certainly play that way), this was a game about planning a desired path, a route to victory. It took the many victory conditions of games like Civilization and merged them with RTS sensibilities creating something that still has yet to be eclipsed. The entire franchise was a shining light as to what RTS games could be, earning a legion of fans in the process.

That approach to RTS gameplay has, in my mind at least, never been equalled. That isn’t to say there haven’t been good games in the genre because there has, but nothing has come close to recapturing the way Ensemble went about their craft. So that brings me to this remake. Age of Empires II is widely considered the best in the franchise, though both the 3rd entry and Age of Mythology were no slouches, so it is wise that this is the game that received the most effort in the remake category. But what surprises me most is not what has been improved, but what hasn’t. This is a game where very little, especially on the gameplay side of things, has changed since I last played all those years ago. There are a few quality of life things that have found their way into the game but essentially this is the same game from the late 90’s you grew up with and that astounds me. How can a game from so many years ago feel so wonderful after such a long time has passed?

The simple answer is, it is great. Not just great as in 9 out of 10 great or even “Game of the Year” great. This is Half-Life 2, Deus Ex, Legend of Zelda great. This is “Greatest games of all-time” great, the rarest type of game that can truly be considered timeless. This is a game that somehow transcends technology, making it just as playable today as it was 20 years ago. So with the Definitive edition, you get a genre-defining masterpiece, with a fresh coat of paint, some extra campaign missions and quality of life improvements. Basically this truly earns the title of Definitive Edition and while it doesn’t come in a box of Nutri Grain or Rice Bubbles, it is a part of Gamepass so there is really no excuse to not take a wander down memory lane.