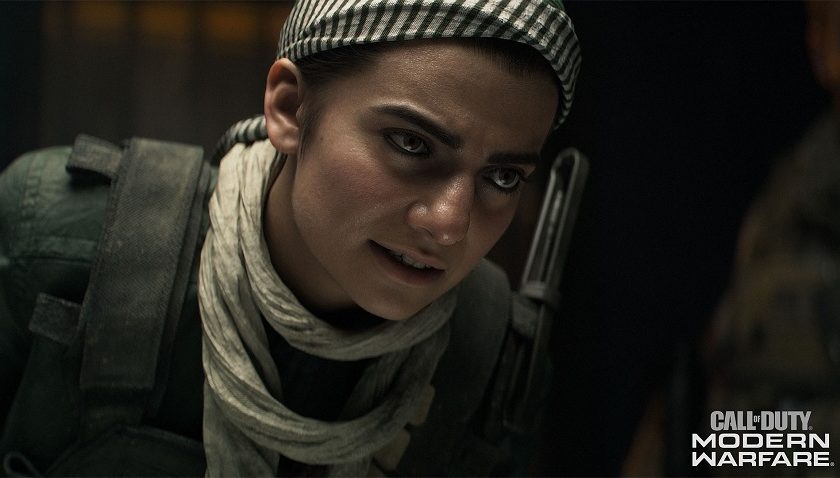 Call of Duty: Modern Warfare – When War Gets Real

Call of Duty, it’s a name, a brand, an icon, a phenomenon. It is a franchise in gaming that is almost unprecedented in its popularity. Year after year it is one of the best selling titles on any system. Many critics have been feeling COD fatigue for years but the general public just can’t seem to get enough. Call of Duty has become bigger than simply a game. It is, like it or not, a cultural touchstone for a generation in much the same way as Star Wars or Back to the Future is. A point in pop culture history that gives meaning to a generation of enjoyment and entertainment. But along the way, it seems that people forgot that Call of Duty, especially the original Modern Warfare, was a force for innovation in video games. It singlehandedly redefined FPS multiplayer, it brought Hollywood sensibilities to the story and it introduced the world to many gaming concepts that are still used today. Call of Duty was a genre leader, something that has been lost in the dozens of sequels since.

You see, on the surface, the campaign for Modern Warfare is much like any other Call of Duty title. Multiple perspectives, global engagements, bombastic action. But look a little deeper and you will see something that the series has avoided in the past and that is quiet moments. These slower sections of the game really begin to highlight the nature of conflict, highlighting the atrocities and pointing out that really, no one is a “good guy” in these situations. Now COD has tried to shock in the past with brutality, the infamous airport scene being the most notable example, but in the case of Modern Warfare it is more than just a shock factor, there feels like a true desire to make the player face these harsh realities and, in the context of the video game, take responsibility for them.

So questions creep into players minds. Do the ends truly justify the means? Where is the line in the sand? How can anyone be expected to function in situations such as this? There are parts in the game that can truly make people squirm, even to the point in one instance asking the player if they even want to partake, stating it was ok if they didn’t want to. There is some seriously disturbing content here, making the game extremely uncomfortable at times, making players squirm as a result of their actions. Perhaps the highest praise I can give this game is that this is the first time I have felt this way since the infamous “white phosphorous” scene in Spec Ops: The Line.

For returning players and longtime fans, there is everything you would expect from a COD game. Multiplayer action, big explosions, tightly scripted gameplay, but in the middle of all that is a core desire to elevate the story to something more and while there are some misses and still a little bit of “America hoo-ha” it feels like a much more global tale, thanks largely to the diverse range of playable faces, including a Middle-eastern woman who is easily the most engaging character in the game and provides an understanding to the conflict that American CIA members or British soldiers fail to do. Call of Duty Modern Warfare is a fantastic, uncomfortable, sobering experience that is at times hard to enjoy but it is the first triple-A game that has tackled the horror of war in a meaningful way in quite some time and that alone deserves some applause.