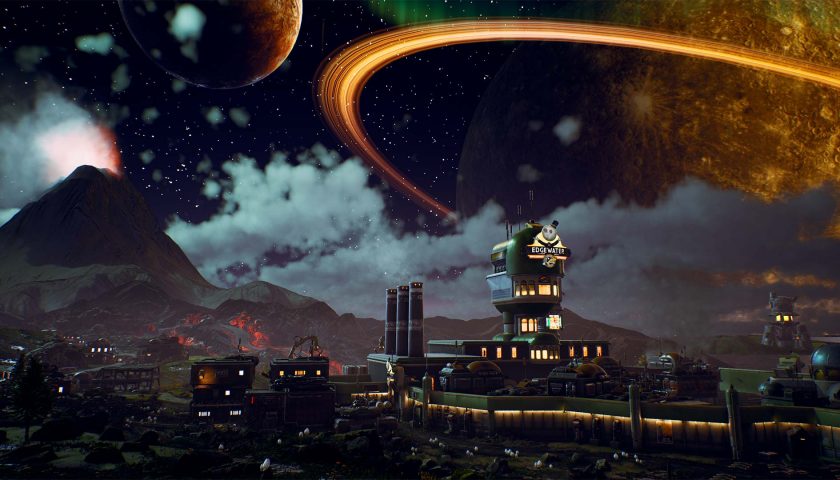 Journey to the Outer Worlds – Questioning My (Videogame) Life Choices

Morality in video games has always been a fickle thing. Stopping bad guys, helping people with their troubles and generally acting all Jedi-like will make everyone think you the next coming of Jesus. Stealing, killing innocent people and being a bit of a prick will have all sorts of people lining up to kill you. Where The Outer Worlds differs in the implementation of its morality system is that the choices you make, for good or ill, don’t affect everyone. The choices you make don’t follow you throughout the galaxy. They don’t impose limits on who will fight alongside you or whether people will open fire the moment you come within a 20-foot radius.

Generally speaking, whenever I play a game that has a morality system I will always choose to be the good guy first, always thinking of others, passing on a reward even though I could use the (insert relevant currency here). Sure, once I had finished the game there would be the inevitable playthrough where I am the world’s biggest douchebag, but that first time through is all about playing the hero in the story. The Outer Worlds though is a whole different ball game.

I didn’t even notice this happening at first either. Edgewater, the first outpost you encounter is beset by many different problems. It seems that every second person is just waiting for someone to come along and solve their problems for them. One such character, Martin, is an elder gentleman sick with the plague and you have been sent to collect the rent money for his grave (the capitalism of The Outer Worlds is explained perfectly by Chris in his piece). So off I went to find the medicine that would cure him, only to have Esther ask me to give the medicine to her so that it can be spread through the town (because it turns out Martin is a bit of a hypochondriac). So there I am with a decision to make. Do I uphold my promise to Martin when he may not really be sick, or do I help some other sick people in the town? There is no clear cut answer to that question and it all comes down to the player’s own choice. The needs of the many versus the needs of the few. I gave the medicine to Esther, but by my own actions, I may have condemned Martin to death. Not an inherently bad choice, but not very heroic either.

This change in the way I played the morality game continued as I journeyed further into the reaches of the Halcyon cluster. I find a woman who was holed up in a medical ward, hiding in fear because she was in debt to the Board and couldn’t pay her way out. The hero that I am I offered to help her out of her situation and speak to the Board representative on the Groundbreaker. What I didn’t expect was that my ‘help’ was essentially selling this woman into slavery until she paid off her debt. It was not an elegant solution but one that kept her alive. She was happy enough to not have to keep hiding that she even gave me a reward for doing it. It is one thing to be the evil person that goes out of your way to always pick the dick move, it is another thing entirely when you look at those moments and say to yourself “well at least she isn’t dead.”

At this point, I have practically given up the pretext of being a Hero to everyone in Halcyon. Just last night I was offered a job by the shady space pirate front Sublight Shipping. They wanted to take control of one of the only profitable businesses left on a planet that had been cut off from the Board. To do that I had to get rid of the guy currently in charge. They didn’t care how, just so long as he was gone. Turns out the guy wasn’t exactly on the up-and-up himself, having a penchant for killing people and using his business to help dispose of dead bodies. So what did I do? Did I kill him and give Sublight the business? No. This great Hero of the people cuts a deal, where the guy gives Sublight a cut of the profits and disposes of all their dead bodies for them.

I am only in my third area of the game and I have come to accept that my character is no hero. They may be the one destined to ‘save’ the Halcyon cluster from the Board, but it seems like what happens to the little guys on that journey is neither here nor there. If it puts some bits in my pocket I’ll take on pretty much any job. I can be a cold-blooded killer for someone one minute, the next, helping a bumbling security guard to get the sports poster he has been waiting for.

What kind of messed-up person am I becoming?