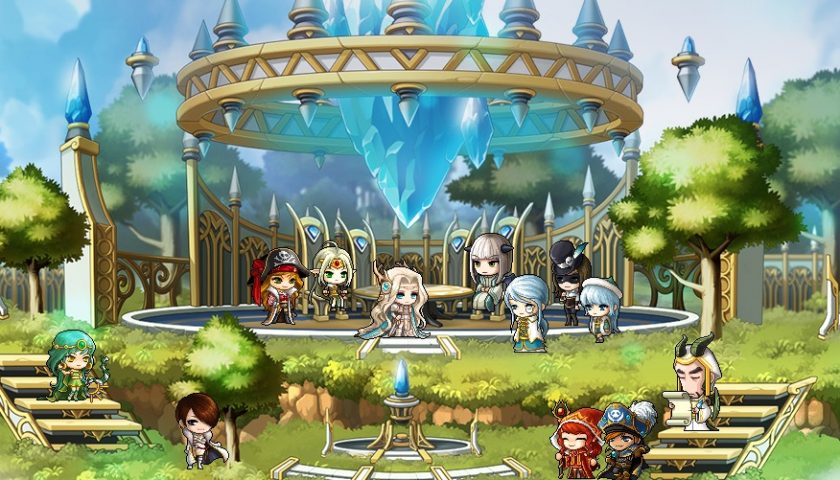 Maple Story Gets the Glory

I’m not going to lie to you before today I had not heard of MapleStory, but it has been around since 2005 there are a lot of people who play it. Fans of the long-running 2D side-scrolling MMORPG MapleStory will be happy to hear that a new update to the free-to-play game will be released on November 20. The update will continue the storyline following the defeat of the Black Mage and allow players to join the Glory Guard and experience a new storyline as you progress through the ranks. Along with numerous quality of life changes, there will be special gifts that can be earned through events that will allow people to quickly boost the development of new characters.

That is not all though, with the introduction of a new thief class character for players to experience.

“Originally from a temple in the mountains of Grandis, Hoyoung finds himself travelling the lands of Maple World to reseal the monsters he accidentally unleashed after unlocking the ancient seal. Equipped with a Ritual Fan and Fan Tassel, along with a variety of skills, Hoyoung is determined to undo his mistake by resealing the monsters he let out, with the help of Taotie, one of the four perils.”

From December 20 players will also gain access to a whole new area, the holy city of Cernium. After the border between the worlds of Grandis and Maple falls, the holy city is exposed to both friend and foe and Prince Carlisle will look to the Maple Alliance to help save his city.

Despite its long-running status, it seems like MapleStory has no intention of slowing down, something I am sure the player-base will be more than happy to hear.