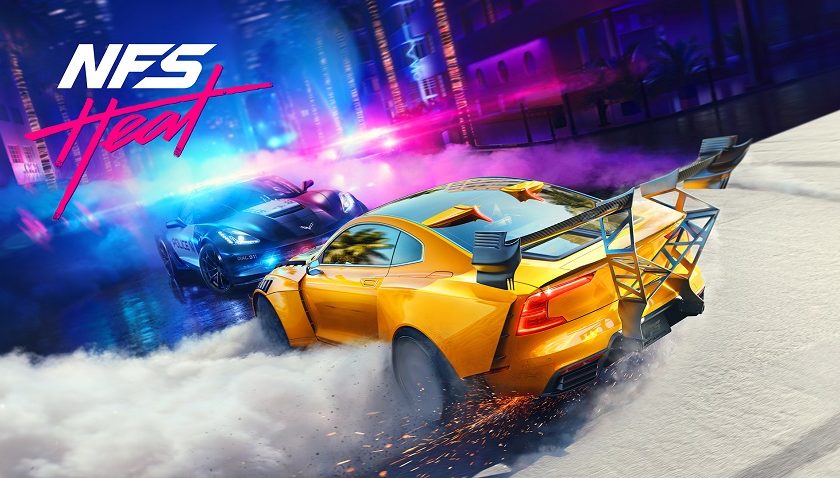 Need for Speed: Heat – On the Road to Recovery

It is no secret that the venerable racing franchise Need for Speed has been going through a bit of a rough patch of late. This generation of consoles hasn’t been kind to EA’s long-running series. Rivals was unexciting and bland, Payday was chock full of terrible loot boxes and microtransactions and the less said about the terrible FMV filled “Need for Speed” the better. So in comes the latest title, Heat. It has a lot to prove to a fanbase that has been burned repeatedly so the choice of name has a faint tinge of irony to it. The question is are things looking up for a series that has been around since the early 90’s or just like my Grandma, should it have its licence taken away?

The name actually comes from the game’s setting, a substitute for Florida’s Miami area called Palm City. The city very much feels like a Need for Speed city. There are the industrial areas, the hills and farming regions, the cityscapes and the docks. That familiarity though hides some cleverly built features that may be missed at first glance. For example, a NFS staple, the smashable billboard, makes its return, but more than ever they require a bit of thinking and puzzle-solving to work out how to smash them. It mixes up the moment to moment gameplay nicely, forcing player’s brains to switch from quick-reflex, instant reaction mode into something a little more thoughtful. It adds some dimension to the title that, while not essential to making a good racing game, makes it a more entertaining experience as a whole.

Speaking of the racing, this is where I feel NFS Heat has taken the biggest strides. The last few games have felt a little soulless in the actual racing. It worked, but it lacked flair. This game, however, everything feels like it has added a bit of grit, a bit of dirt to proceedings. AI is relentlessly aggressive, the police chases are white-knuckle events and the courses encourage a little bit of corner-cutting and fence smashing. This means the game is much more in line with what is presented in Forza Horizon, which is honestly the gold standard in the genre, and while NFS doesn’t reach those dizzying heights, there is a lot to like about this new direction.

A big part of any NFS game, ever since the days of Underground, has been the tuning aspect of the cars and in Heat that is no different. Gone are the messy and frankly horrible loot boxes of the last game and in its place is something a lot more rewarding. The game is set up into day and night events. During the day you earn money in events but the catch is that you can’t spend that money unless you have the reputation to convince the parts stores that you are worthy of buying them. This is where the night events come in. Reputation in the racing scene is earned in these illegal events, that often attract police attention turning a humble street race into a mad dash for freedom. The extra kicker here is any reputation earned at night has to be confirmed by getting away, if you are caught, you lose it all. This is a wonderful risk/reward mechanic that encourages players to push things to their limit and see just how far they can test the patience of the Palm City police. As the game progresses players are able to purchase aids to help escape from the police,  allowing for more daring events and escapes. It all blends wonderfully together to create a satisfying way to progress through the game’s story.

Speaking of story, well it wouldn’t be a NFS game without one and look, it isn’t much. Racer from out of town turns up, wants to be the best racer in Palm City and sets out to do just that. Standing in their way is a lack of money and a crooked police force. Look it isn’t exactly exciting storytelling and the voice acting leaves a little to be desired at times, but it never intrudes on the moment to moment fun so it serves the purpose of connecting one race to another. The music is also a bit of a mixed bag, which may just be just a personal taste thing. I quite dug the Latin flavoured music that features heavily but the hardcore techno stuff that occasionally popped up felt jarring and out of place.

The fact of the matter is, this is the best NFS has been for quite some time. It is by no means the perfect racer and at times finds its self a little lost in its own attempts to seem like it is an edgy and cool brand. That being said it is a vast improvement on every NFS game from this generation. There is a large, well-designed city to explore and race around, a fantastic day/night progression system and it looks great while running without a glitch or a stutter. While Forza is still king, this is certainly an acceptable sideshow that will keep racing fans happy for weeks to come. Welcome back NFS, I missed you.