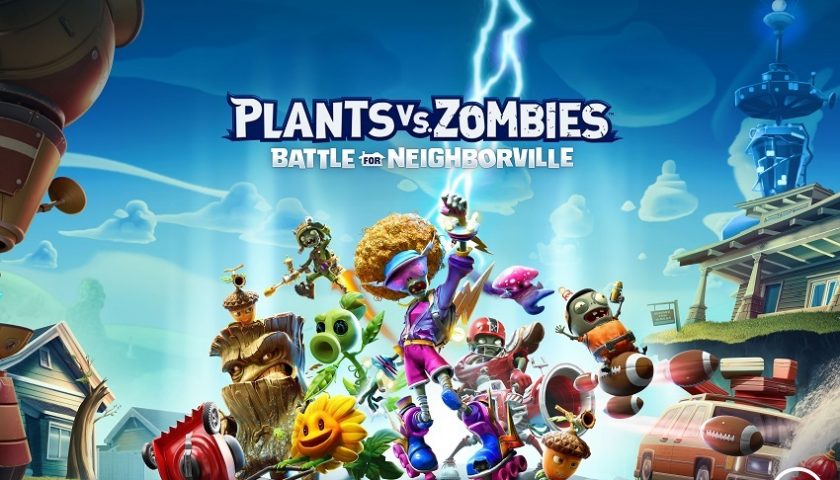 Plants vs Zombies: Battle for Neighborville – Gardening is a Chore

It was only a few months ago that I expressed my desire for a new entry in the Plants vs Zombies: Garden Warfare series. I had always felt that the series deserved to have more success than it had received, though it certainly didn’t lack positive reviews with critics. My cries for a sequel were quickly answered by Popcap and EA, who announced ‘Plants vs Zombies: Battle for Neighborville’ a short time after. Not only was a new game announced, but we also wouldn’t have to wait too long to get our hands on it!

Launching in Early Access in September, Battle for Neighborville offered players a shared lobby as well as a couple of game modes that would appear in the final build of the game. I took the bait and secured a copy of the game during the Early Access period. Funnily enough, I was also in the process of building a real-life garden with my girlfriend. The two experiences were markedly similar, get on your hands and knees, dig about in the earth, withstand being surrounded by manure and hope that you are rewarded for your patience and hard work at the end of it.

In case you hadn’t guessed, I did not have a great time with the game in Early Access. There were never enough players to fill an online match, and there were hardly enough to fill the shared-world game lobby. A handful of players would goof around, shooting at both friendly and enemy forces in an exercise that was more akin to twiddling one’s thumbs than partaking in an online shooter.

I was ready to give up on my hope of enjoying another third-person Plants vs Zombies game. It seemed as though only the first Garden Warfare game had a major fan base, the second’s player based seemed to dwindle even on free weekends and so far, the third’s features weren’t even playable.

Then the day comes: Plants vs Zombies: Battle for Neighborville’s full version launched. Forgive the cliché, but reviewing the game has been a rollercoaster experience for me. On one hand, the game delivers light-hearted, charming and at times, hilarious campaigns for both the Plant and Zombie forces. On the other hand, I have only been able to find enough players for some of the game’s online modes once (and that was during Early Access). It is truly disheartening as the gameplay is fun and deserves more players, but a large chunk of the game is inaccessible.

Upon starting Battle for Neighborville, players are transported to the game’s shared-world lobby, Giddy Park. Giddy Park has a number of player amenities, such as a capsule machine that unlocks character parts and outfits, an experience boosting machine, multiplayer portal, character and outfit changing booths, shooting range, dance club, and more. It also has a shared battleground set in an actual theme park, allowing players to test out various characters before jumping into an online match. The theme park is very impressive, with a working Ferris wheel, riverboat ride, merry-go-round and shooting targets.

Now I know what you’re probably thinking: “an experience booster and character part unlocker? Sounds like microtransactions are going to be pushed hard”. Fret not, dear reader, for they aren’t in Battle for Neighborville at all! At least…not yet. Everything is unlocked with currency rewarded from completing challenges, playing online matches, as well as completing the game’s campaigns. I was a little perturbed by the appearance of costume packs being advertised at the game’s menu not long after launch, but at least these are a firm, one-time purchase and not a gamble like loot boxes or driven by social pressure like microtransactions in other games.

From Giddy Park, players are able to enter a multiplayer match of their selection from the Multiplayer Portal or travel to one of four areas to experience one of the game’s campaigns. There are a number of multiplayer modes available, including Team Vanquish, Suburbination, and Vanquish Confirmed. The co-operative player-versus-environment Garden Ops also returns, and there are is also Turf Takeover, a huge 24-person match with an expanding map and Battle Arena, a 4v4 elimination battle. I wish I could tell you more about these modes, but alas, I haven’t connected to a single online match since the game launched.

Thankfully, the game’s campaign modes are great. Travelling to Mount Steep sees you attempt to thwart the Zombies’ plan to cause a cheese volcano to erupt on Neighborville nearby, the zombies figuring the only thing better than fresh brains are defenceless brains with melted cheese on top. You are recruited by some rootin’ tootin plant desperados to learn how to cowboy, which involves getting a hat, a harmonica, and an instructional podcast on how to play the harmonica. If it sounds extremely silly, it is, and it is as entertaining as it is silly.

Populated throughout Mount Steep are a number of charming characters. Their speech is high-pitched gibberish, but I’ll be damned if a dandelion expressing it’s unabashed admiration for heroes isn’t charming and cute as heck. There are a number of well-written jokes throughout the campaign too, something I appreciate not only because it made me laugh but also at how hard humour can be to successfully pull off in a video game.

In addition to the main campaign missions, there are also collectables (which I will say there are a little too many of) side missions, and hidden challenges. After finishing the main mission in Mount Steep I was able to explore a previously locked area and fought a garden gnome knight, complete with a miniature army of shovel-wielding garden gnomes. It proved to be quite a challenge and even though I had finished the campaign itself, I’m keen to go back and see what else I can discover in Mount Steep.

Writing this review has been a royal pain in my seeds, and as a result, I can’t recommend Battle for Neighborville to anyone apart from die-hard fans of the series. They may have the stamina to complete the campaigns and check the number of players available for online matches, but I don’t. In this day and age, every single factor of a game should be playable on launch, though this is a rare case where this isn’t entirely the fault of the developer and/or publisher. Perhaps, like my real-life garden, with a little time and nurturing, Battle for Neighborville will offer fruitful rewards. As of right now, however, we’re still stuck in the mud and fertiliser waiting.

Plants vs Zombies: Battle for Neighborville was reviewed on the Xbox One, with code kindly provided by EA Australia