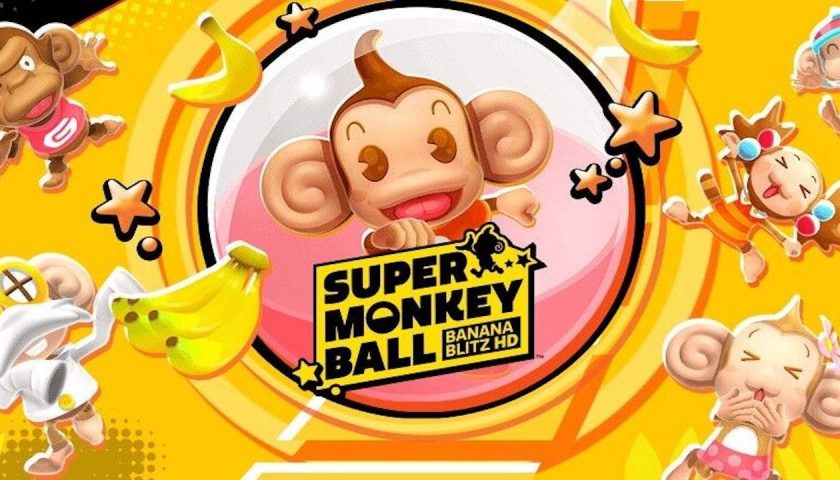 Super Monkey Ball is a beloved franchise that’s been around for many years. So when Super Monkey Ball Banana Blitz HD was announced, fans of the series everywhere rejoiced- keen to roll around monkeys balls as they used to in the days of yore.

Whilst this game might fill others with joyous memories from their childhood or teenage years, for me it was an all-new experience. And one that was ultimately aggravating, frustrating and kind of made me want to hurl my controller through my television.

Whilst gaming, my partner said that perhaps I was the “wrong person to review this game”. And maybe I am because I have no emotional attachment to this title- but what I do have is limited patience for games with insane control schemes and shitty boss fights.

The game starts strong- there’s a group of adorable little monkeys who are admiring their golden bunch of bananas and having a good ol’ time. Until a mean jerk monkey pirate steals it from them and then sails away on his pirate ship (which can fly, for some reason, but let’s leave that for now). What happens next is a series of 100 levels where you control a monkey inside a transparent ball and roll them towards their goal. Much like the monkeys had their joy stolen from them with the loss of their banana, I had my joy stolen from me with the continuation of this ridiculous game.

The levels start easy enough- you roll your monkey ball down a path until you hit the goal. As the levels go on the paths begin to twist and turn more, then they lose the barriers around the edge. If you roll off the edge it results in a “Fall Out” where you have to start all over again. Rather than controlling the monkey in the ball, however, moving side to side or trying to turn them is done by tilting the entire level to the left or right- a control scheme I failed to understand. Why can I not just turn my monkey? Why do I have to tilt the WHOLE WORLD? Is this a throwback to previous games? Is this trying to pay homage to the control scheme of the Wii or something? I’m just at a loss.

As much as I found the weird world tilting frustrating- I could deal with it. Accidentally rolling myself off the edge of a level was annoying, yes, but the worst thing that happened was that I had to start over from the beginning; which, when the levels are short, isn’t that big of a deal. The more you play the game the more you get the hang of this weird tilt mechanic, albeit very very slowly. What really grinds my gears though (and oh boy did this grind them into a fine dust) was the unnecessary boss fights.

Boss fights in Super Monkey Ball: Banana Blitz HD are incredibly out of place. They seem more like an afterthought used to break up levels than anything else. And they suck. They suck so much.

The very first boss battle requires you to jump up and bonk a bird on the head with your character. It sounds easy enough, and to the kudos of the developers, they certainly made my objective quite clear with the glowing red helmet on the bird’s head. That’s where the ease ends and the crippling anger and frustration begins. Boss battles require three simple things to complete: timing, a handle of the controls and patience. I had none of those things.

My deaths to this boss were many, and it eventually drove me to a point of frustration where I had to take a break before I reached into the screen, grabbed that bird by the throat and throttled it.

Super Monkey Ball: Banana Blitz also offers a Party Mode, which can be played with four players. They can also be played alone if you want a tiny slice of fun in the sea of frustration that is the solo mode. I did really like this, as the bite-size chunks of content were more to my speed and even when I abysmally failed them, I still found myself enjoying this part of the game. If all of Super Monkey Ball was like this, I’d probably like it a lot more.

With the increase of responsibilities life throws at you, free time is a rarity for some of us. I get perhaps 40 minutes of free time a night, so I really want what I devote it to to be good. Therefore, anything that I do in that tiny sliver of a window gets judged quite harshly, for if it doesn’t bring me joy, relaxation or happiness, it is not worth sacrificing to those precious few minutes. Super Monkey Ball sounds right up my alley- there are cute monkeys, there’s fast-paced gameplay and there are CUTE MONKEYS, but this just isn’t enough to squash the rage of a thousand suns this game creates inside my soul.