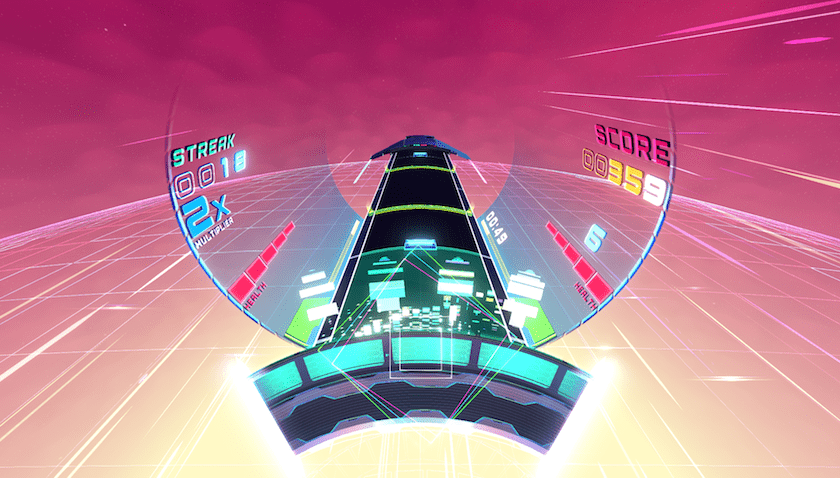 It’s no secret that we here at Player2 are big fans of Super Spin Digital’s innovative rhythm title Spin Rhythm XD – from early appearances at PAX to Early Access launch in October, it’s been fantastic to see this Aussie Indie receive the acclaim it deserves. The latest addition to the Early Access is an always online competitive multiplayer mode dubbed SpinFM, a ‘live radio’ providing the beats to players versing one another around the globe. A lack of a fail state in this mode means that even new players shouldn’t be shy about giving it a go, as missed notes and failed multipliers will simply result in a lower score. There’s no word whether SpinFM will make it to the Switch version as of yet, but I’d expect more news in early-mid 2020 closer to the planned launch on that platform.

To coincide with this update, Super Spin Digital have also added five new tracks to Spin Rhythm XD, bringing the total track count to 23. The new tracks include:

if you’re a fan of rhythm games in general, you owe it to yourself to check out Spin Rhythm XD. While I’m excited for the upcoming Switch version next year, the unique input system means using a standard mouse or a MIDI device like a CD-J turntable provides an experience unlike any other rhythm title I’ver played before.

Spin Rhythm XD is currently available on Steam Early Access and is expected to release for Nintendo Switch in 2020.