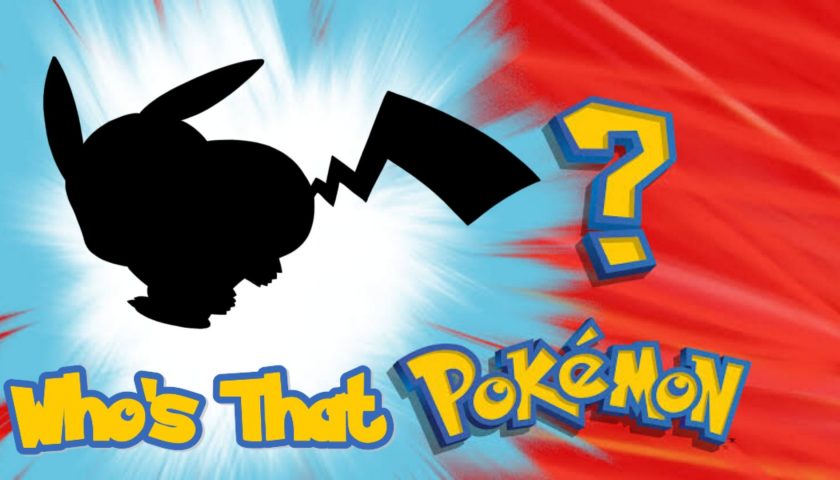 Pokedex Entry: “When several of these Pokémon gather, their electricity could build and cause lightning storms.” (Pokemon Red/Blue)

“Meet Ash Ketchum, a 10-year-old boy full of imagination, confidence, and dreams that are almost too big for his village of Pallet Town—plus the desire to become a Pokémon Master!

Ash is finally old enough to receive his first Pokémon from Professor Oak, the town’s Pokémon expert-but on the morning Ash is supposed to claim it, he oversleeps! By the time he arrives at Professor Oak’s, the three Pokémon he wanted have already been chosen by the other Trainers-in-training, including his rival, Gary! The only Pokémon remaining is a strong-willed Pikachu.

Trainer and Pokémon don’t get along right away. Not only does Pikachu refuse to enter its Poké Ball, it would rather climb a tree than battle a Pidgey that Ash encounters! Disagreements aside, they start to bond when they find themselves chased by an angry flock of Spearow. The Spearow wound Pikachu, but Ash risks his own safety to protect his Pokémon.

To further their escape, Ash “borrows” a bike owned by a young girl named Misty. He soon wrecks the bike; however, he and Pikachu are surrounded by the Spearow. When Ash fearlessly confronts the Spearow, Pikachu is inspired to summon its remaining energy to repel the Pokémon with a powerful electric shock.

Finally out of harm’s way, the wild experience makes Ash and Pikachu realize that they’ve begun what promises to be a blooming friendship.”

My history with Pikachu dates all the way back to the original games when I was but 9 years old. My younger sister was having a birthday party, with mum and dad rotating supervision. By sheer coincidence, I left my room, which I’d been hiding from the scary girl party in (you know, Cooties and all that?) to go to the living room. What did I find? My mum, sitting at the television, Super Nintendo on, Super Gameboy inserted, and a game I wasn’t familiar with playing. Well that game happened to be Pokemon, and I fell in love with it, and mum never got

to play it from that moment on. The love affair with the Pokemon IP had begun, and after deleting mums save game and starting my own (yes, yes, horrible child) my journey from Pallet town begun. I was a dumb kid, and didn’t understand the Pokemon catching aspect of the game until I entered the Viridian Forest where who did I meet with my first random encounter? The adorable Pikachu. From that day on, Pikachu was a staple of every Pokemon experience for me, and while the evolved form Raichu is my favourite Pokemon ever, the face of Pokemon will always hold a special place in my heart as well.

Pikachu is the ever-present mascot of the Pokemon series. Always there, smiling, waving, eating ketchup, electrocuting the shit out of things, you know, Pikachu stuff. It’s undeniably cute and cool which has given it the mascot status and helped Pikachu become beloved by fans all over the world. This is why, as a kid, I really didn’t like Pikachu.

That’s probably not fair. Pikachu in a vacuum is fine but it was what Pikachu meant for all the other Pokemon I loved that I didn’t like so much. Every time I was lucky enough to get a Pokemon themed gift, it would always be Pikachu and while I still loved those presents it just got stale. This was when my severe Eevee love was just burgeoning and the rest of the world hadn’t yet caught up. You couldn’t buy anything Eevee related in stores and Eevee only featured on the TV series a handful of times. The last straw was when I finally

got my first Pokemon game and it was yellow. I was pretty excited to have a Pikachu of my own, until Gary Fucking Oak was given an Eevee like it was no big deal.

In hindsight, I am sorry to all Pikachu. It’s not your fault you were shot into stardom just because Ash has one, and you’re still pretty neat.I’m sorry there’s a whole bunch of weird clones of you out there trying to make bank off your look. I’m sorry you’ve been targeted by a terrifying ghost type who dresses up as you out of jealousy and spite.  I’m especially sorry that you’re almost never allowed to evolve into Raichu, who looks way cooler than you do, just because Ash’s decided it didn’t want to. That all must be really hard, chin up little mouse. Tomorrow is a new day.

While Ash’s Pikachu gets most of the attention, there is another Pikachu who is close to my heart. Everyone, I would like to introduce you to my Pikachu, Pikadrew. Pikadrew was my solo partner as I travelled through the Kalos region in Pokemon Y. We travelled far and wide taking down gym leaders, defeating Team Flare, catching the box legendary and becoming the champion of Kalos. Pikadrew wasn’t just a normal Pikachu though. Oh no. He was equipped with a light ball doubling his attack and special attack, had the correct amount of IVs to gain hidden

power ice to fend off rock and ground types, rocked a speed boosting nature and (obviously) has an amazing nickname. Pikadrew is one of my favourite Pokemon and still continues to come with me from generation to generation. Although, he may now need a new party trick as hidden power is no longer in Pokemon Sword & Shield.

Pikachu. Dear, sweet Pikachu. Where would the franchise be without Pikachu today? The little yellow rodent has become a staple in our hearts since the series inception, forever associated with what Pokemon is to us, and what every Pokemon is to your Nan. Finding his popularity and forever founding his status as the series mascot thanks to Ash’s terrible sleeping pattern, I first discovered Pikachu in that sweet 4PM Cartoon Network time slot. Every weekday, like clockwork, I would park my bum in front of the television to see what Ash and Pikachu’s next grand (or not so grand) adventure would bring them next. While I’m more of a connoisseur of the video game series these days, I want to take some time to appreciate what Ash’s Pikachu has been through these past 22 years, and I don’t necessarily mean just the good times, but also the absolute most confusing ones.


You see, something has occurred to me following the anime loosely over these 2 decades. Pikachu is the definition of the “forever friend”, the partner that will always stick by you, no matter how many continents you traverse, no matter how many good opportunities that are out there for him. Ash and Pikachu make some AMAZING memories together. Seeing Ho-Oh on their first day, becoming the Chosen Ones in Pokemon 2000, and tackling some of their toughest challenges head-on. But then there are just some absolute headscratchers that still confuse me to this day… Why did Ash and Pikachu lose to Trip and Snivy (who had been partners for no longer than five minutes) after they had taken on two powerful legendary Pokemon and succeeded in the previous season? Why is Pikachu not overpowered by any standard at this point, for that matter? Why did they give him a voice in “I choose you!”? How

are his tears able to cure the petrify status effect like a Golden Needle? I NEED TO KNOW THESE THINGS 4KIDS!


Regardless of the scenario, Pikachu has been in the epicentre of everything the franchise has to offer. Love or hatethis electricity charged mouse, he IS Pokemon. He’s full of spunk, cute to boot, and completely irreplaceable as the series icon.