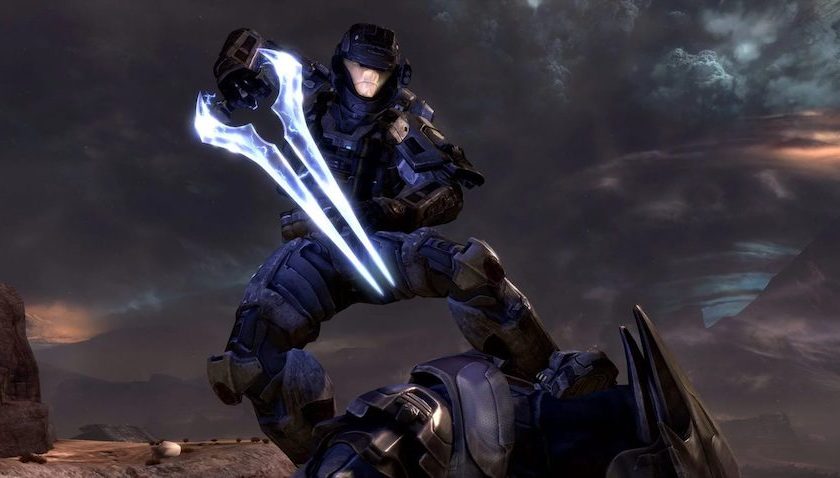 I love Halo. From the moment it was just a preview feature in a magazine in the early 2000s, I was 100% into the franchise. I remember blitzing through the campaign of the first game with a friend overnight. I remember attending promotional events that beseeched me to finish the fight. I teared up at Halo 3’s ‘Believe’ marketing campaign. Halo: Reach remains one of my favourite science fiction books.

I rejoiced when Halo: The Master Chief Collection was announced for PC. Here was an opportunity to revisit the world that I loved. I was particularly happy to be able to jump first into my favourite game of the series, Halo: Reach.

Reach was received positively when it was first released, and this version of game is essentially the same – the story, narrative structure and characters are unchanged. There are no surprises here for veterans of the franchise. Even if you are new to the series, everything feels welcomingly familiar. The main differences and features of the game, and the Collection by extension, is taking advantage of being on the PC platform.

Visually, the game looks the way I remember it, which is a good thing. Fans may remember when the anniversary version of the first Halo game was released, it offered players the option to switch between the original and remastered graphics. And the gap between what players remembered how the game looked versus what it actually did was jaw-dropping. The gap in Reach is not quite as vast. Everything looks highly defined, sharp and vibrant, even if some of the visual design does look a little dated.

For those who are technically or competitively inclined, you may appreciate that the game runs at 60 frames per second (or more if uncapped). I personally do not typically notice the differences in frame rates in most games except when it is very bad. But Reach feels distinctly smooth even when visual quality is bumped up to the highest.

The game also allows players to adjust the field-of-view which I definitely appreciated, particularly during the vehicle sequences. Increasing the field-of-view helps players to see more of the action, and react accordingly. I anticipate that some players may even choose to play at a higher difficulty as a result of this feature.

Unsurprisingly, Reach feels as good as it ever did when using a gamepad. The muscle memory comes rushing back, and players will soon be executing precise button presses and trigger pulls without hesitation.

What is surprising is how good this game has translated to using the keyboard and mouse as input devices. Some players have been requesting this feature since the series’ inception, with even a few finding workarounds to doing so.

The main benefit of using a keyboard and mouse set-up is that it allows for greater precision. I can line up difficult shots with the pistol or sniper rifle. I can keep my weapon better trained on targets as I dodge and weave. This new input method has changed the way that I approach each firefight in the game. And I think some players may again choose to play at an increased difficulty using the keyboard/mouse combination.

There are a few other tweaks and improvements in this PC version of Halo: Reach: updated user interface, a progression system with cosmetic unlocks, text chat for multiplayer games, and support for multiple aspect ratios (including ultra-wide).

Everything adds up to make the Halo: Master Chief Collection on PC a compelling package to have. Releasing the Collection with Reach first puts the developer/s (343 Industries, partnering with Splash Damage and Ruffian) in a strong position ahead of the next scheduled release in the collection, the anniversary version of the first Halo sometime in 2020.

Halo: Reach is available as part of the Halo: Master Chief Collection on both PC and Xbox One.