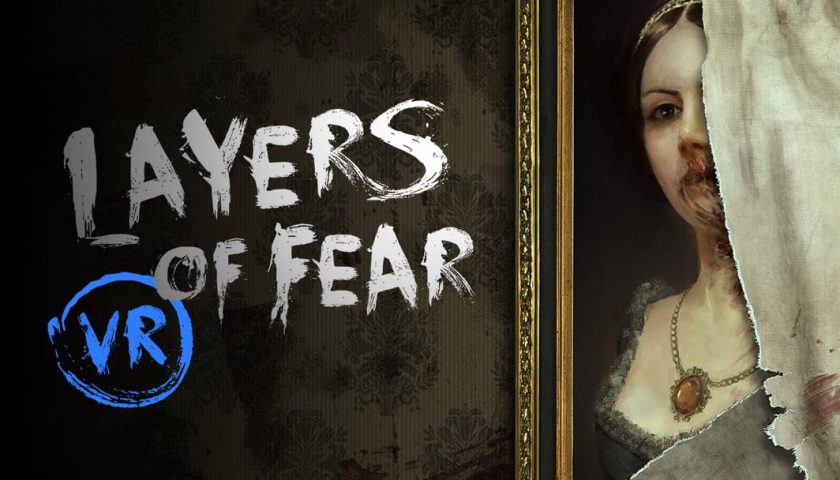 It’s no secret that horror, specifically the paranormal variety, scares the hell out of me. The fear of the unknown and unexplainable does things to my brain that drowns out the logical part that’s assuring me “it’s not real, it can’t hurt you”. It’s not rational, I can’t control it and thankfully I know I’m not alone in this scenario. So naturally, when our fearless leader obtained a VR version of Layers of Fear, he immediately pushed over his own Grandmother to make sure I was the one to review it … what a guy!

Layers of Fear isn’t a new game. It was originally released in February of 2016, and clearly the game did well enough to warrant a Virtual Reality makeover to see the light of day for anyone with a VR headset. The game puts you in the shoes of ‘The Painter’ who’s currently completing his latest masterpiece. As you navigate a seemingly empty mansion and explore each room, newer areas open as you successfully complete each section. It doesn’t take long though until all the things around you start getting weird and spooky.

Where this title truly shines is how it tells the story. Be it through notes, objects and environment, you start to paint a picture (pun intended) of how deranged you, the painter, truly is. Whether it be his drinking problem, disturbing history or a short glimpse into his psychotic episodes, the game builds this narrative mostly through handwritten notes that are left scattered around the mansion. The game builds tension and the jump scares start low but slowly build up as the game progresses. Whilst jump scares are nothing new in any form of entertainment media, Layers of Fear treats this more subtly rather than turning a corner and having a decomposed body lunge at you when you weren’t expecting. In what is a welcome change, Layers of Fear prefers a more unseen approach. For example, an object is maybe thrown in your direction when your attention was elsewhere, which gives you a little jolt, and when you turn around you can see some things have changed since you last looked but naturally nothing else is to be seen.

Perhaps the biggest compliment we want to give is how the developers have approached the horror genre and understand it at a level that most people don’t. When it comes to horror, a common criticism is that many rely heavily on jump scares with little build-up. Think of any movie you’ve seen where a person wonders around a dark room, everything remains silent, only to have something jump out at them in the blink of an eye with a loud sound for added effect. Yes, it gave you a fright, but it’s generally seen as lazy and unimaginable. The same process goes for many games that take the Five Nights at Freddy’s approach, where the scary part is a deranged animatronic screeching in your face. Layers of Fear takes a different approach and the developers should be commended for it. So much of the horror occurs outside of your glance and as the game builds the environment around you, your mind is left to do the horror building and if your imagination is half as bad as mine, the parts that are meant to give you a jump scare are incredibly more intense!

The gameplay is straight forward and doesn’t seem to be anything puzzle related. You enter a room, you interact with the furniture by opening drawers or picking up items, then you walk out the door to a new section, rinse and repeat. It’s impossible to get lost (not a bad thing really) so the game essentially plays like it’s on rails. Visually the game is ticking all the boxes for a creepy setting although it won’t be winning any awards for breaking new ground … but if that’s what you’re looking for here you clearly haven’t been paying attention.

Layers of Fear is the kind of game we wish we could give two scores because it ultimately comes down to what you want out of this game. There’s no complex puzzles or tricky hand-eye coordination to be found here. But that’s not what this game is trying to do. Layers of Fear lets your imagination build the horror inside itself and if you have a brain that works that way along with a sick personality that welcomes this sort of entertainment (raises his hand) then this title will deliver. It’s not the longest game but it does the whole ‘scary horror’ thing well and if this is your schtick then you’ll be pleased with this title. For everyone else though, you might want to let this sit on the digital shelf.

Layers of Fear VR was reviewed on PC, with code provided by One PR Studio