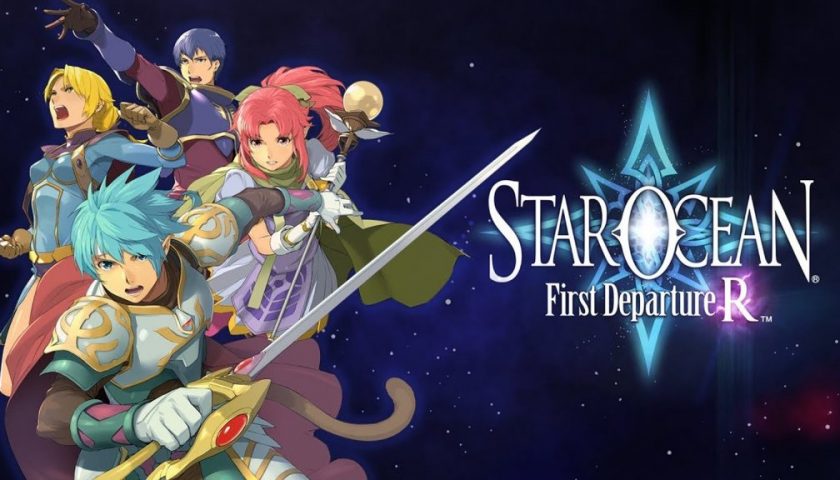 In the era of the Super Nintendo, the JRPG thrived. Most are familiar with Squaresoft’s Final Fantasy titles, as well as Chrono Trigger, the Mana titles and many more. Nintendo had the likes of Earthbound, and Enix was rolling in monies made from Dragon Quest. There was another IP though that was quietly thriving in Japan though that unfortunately never saw the light of day on SNES consoles in Western countries, and that was Tri-Ace’s Star Ocean. It would be 12 years before the PSP played host to a far more widely distributed remake of the game in the form of Star Ocean: First Departure. With 2019 coming to a close, the game has again returned in the form of Star Ocean: First Departure R, the definitive version of the classic. The question for players to ponder is… is it a shooting star or a red giant?

Players know what to expect when picking up an RPG of the SNES era. Turn-based, top-down combat is the standard fare, with a few stellar examples doing some small things to change up that formula. Star Ocean (and the remakes) was among the small sampling of games looking to flip things on its head, merging some basic turn-based systems with lite action elements – it proved successful, laying the foundations for a franchise that has been successful for many decades, though never demanding the spotlight like the high profile JRPG franchises. The action, though quite repetitive, and only becoming demanding as you approach the concluding chapters of the game, is still enjoyable today, and is supported by many rich levelling systems.

Where Star Ocean tests the ability of its player is in the skill system. With sufficient XP you’ll gain a level, when you gain a level you get a specific number of ability points which can then be distributed to an assortment of gradually unlocked skills, each of which bringing something to the different to the table. In some cases you’ll receive stats boosts, in others you’ll improve your ability to appraise items you find (for example) to make them usable for your party. This system alone adds many layers of strategy to the gameplay, as you massage the abilities of each party member, looking to extract the best from everyone on and off the battlefield. This combination of systems still holds up well in the current setting despite its complexities.

Star Ocean tells the tale of the small planet Roak and its inhabitants who inadvertently find themselves embroiled in an intergalactic conflict. Roak is considered an underdeveloped planet and so galactic rule determines that Roak, and other planets like it are not to be interfered with in their development by more advanced societies – and yet, it happens anyway. An outbreak of a terrible disease in a neighbouring town forces members of a local Defense Force into action, and the interference of Roddick, Millie, and Dorne gets them wrapped up in a far larger plot. Soon they’re whisked off into space and travelling through time (making new allies in the process) in order to save Roak from the spreading disease and solve the mystery of who is responsible. There are several twists and turns on the way, giving players an emotional rollercoaster to ride along with the team, and the inclusion (from the PSP remake) to add anime cutscenes into the game adds further weight to the narrative.

Though the in-game visuals still hold up strong, it’s these anime cutscenes that really date the game when playing it on a modern platform, from the primitive design to the resolution, these cutscenes can often be jarring for the player. The soundtrack and the included voice-acting from the PSP version still hold up incredibly well.

The recent PS4 and Switch versions of the game have added a sprinting function which will undoubtedly be appreciated by those not looking forward to some particularly large treks over some fairly empty, random-encounter filled overworld segments, but other than this, the core experience that western players got from playing the PSP version a decade ago persists.

The biggest problem facing the Star Ocean franchise has been getting found in a cluttered genre with some large tentpoles, but this re-release might serve as the best opportunity for many prospective players to dip their toes in and discover a classic JRPG that in the current day, is still deserving of your time. 35-40 hours later, and I’m still looking to find ways to do more.

Star Ocean: First Departure R was reviewed on the Switch, with the game having been purchased by the Reviewer