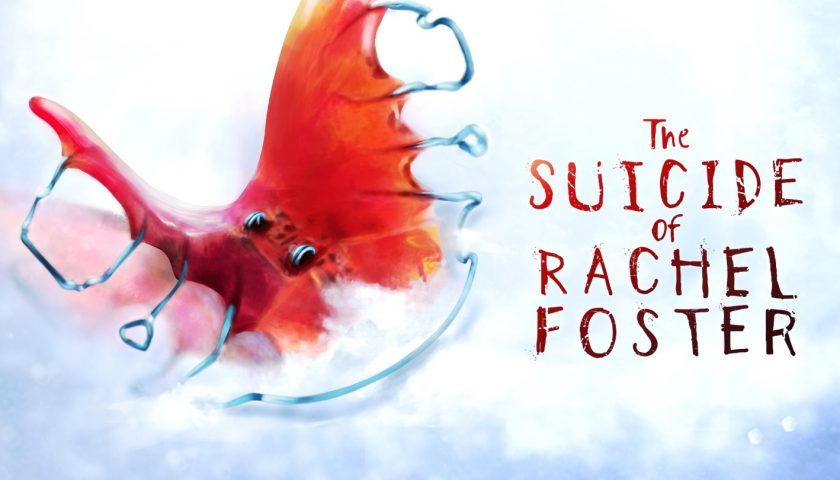 “The Suicide of Rachel Foster is a fictional game that tackles tough, real-world issues.

Please be aware that some players may find the game’s content disturbing. The characters and names are fictitious and any reference to people living or dead is purely coincidental.

If you feel you are affected by the issues portrayed, this game may not be suitable for you. If this is the case, we strongly advise you to seek help from a health professional.”

It’s not surprising that a game with a name like ‘The Suicide of Rachel Foster’ which comes with a disclaimer like the one above is going to go to some dark places and explore some tough themes. As someone with a psychology degree and a keen interest in the issues of mental health, mental illness and their representation, I was ready to throw myself headfirst into those themes and go on an emotional journey. But from the get-go, this game suffers from some technical issues that turn what should have been emotional gut-punches into moments of confusion, and colour many of the dramatic reveals with a longing for how damn good they could have been.

The Suicide of Rachel Foster is a game about exploration and unravelling dark family secrets. The protagonist, Nicole, is sent down nostalgia lane as she goes back to get her family’s old hotel in order after the passing of both of her parents. Her goal is to get in, meet the lawyer there, get out, and get the hotel sold as quickly as possible, but in true horror (or romance) story style, the weather takes a turn not long after her arrival, the lawyer never shows, and she’s trapped. As she tries to leave, she receives a call from Irving, a FEMA agent who promises to keep her company until help can be arranged, or the storm dies down long enough for her to get out. A disgruntled Nicole agrees and sets about making the rundown hotel liveable for the next few days while she uses the time to do a condition report for the absent lawyer.

For the most part, the game’s mechanics are reminiscent of other walk-‘em-ups like Gone Home. Nicole spends most of her time walking around the hotel, commenting on her surroundings and occasionally collecting items. Objects like discarded paint tins or used plates can be picked up and examined, though to no real end, while the occasional book or file will provide a little more background information on what was going on in the hotel in the months before Nicole’s arrival. Once Nicole gets in contact with Irving, the gameplay becomes much more like that of Firewatch – Nicole will call him when there’s something to comment on, and he will provide guidance on what she should do next. Through the course of the story, Nicole does pick up several items that she can use as she walks around, but they add little in the way of meaningful mechanics, and it’s often unclear when they should be used. Confusingly, a button was mapped to equip an item that the game never prompted or allowed me to pick up, though I am left wondering whether or not it would have played much of a meaningful role.

In a game so heavily reliant on the examination of your surroundings, detail is important – and in this area, The Suicide of Rachel Foster excels. Every book on every bookcase has a fun (if often strangely translated) title, and every room looks like it could be lived in. The snow outside is always raging and blowing the trees just as you would expect, and the wood grain on the walls is lovingly rendered. It’s a beautiful game, and visually it gets everything right. The hotel is a spooky place to navigate thanks to well-placed shadows and atmospheric lighting, and everything down to Nicole’s occasionally visible perfectly manicured nails is a visual treat.

The Suicide of Rachel Foster’s real strength is in its narrative, but as with other mysteries, it’s hard to talk about why it’s great without spoiling the reveals and dulling the intrigue. It does touch on some dark points, and be aware that if any of the game’s themes affect you in any way, you should follow the advice of the disclaimer and seek help. Overall, it’s a solid story, and if you’re a fan of the genre and enjoy this kind of dark mystery, it only takes about three hours to play. If the audio issues were fixed, I would recommend this beautiful game more highly, but as it is, just be prepared to push past a little frustration.

The Suicide of Rachel Foster was reviewed on PC, with code provided by Renaissance PR and Deadalic Entertainment