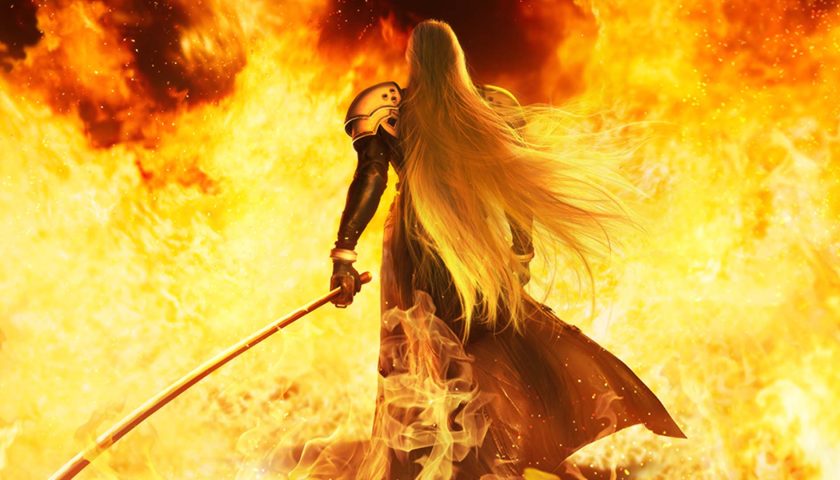 With its release a mere 4 weeks away, I’ve had Final Fantasy VII R on my mind quite a bit, for a range of reasons. Like many people now in their early to mid 30’s living in Australia, it was the first JRPG title I ever played, as none of the major SNES entries to the genre made it to our shores. Therefore, the impact it made on me alongside a generation of Australian gamers can’t really be understated, although as is natural with the internet its standing amongst the series wavers between somewhat underrated and vastly overrated depending on the day of the week. Those three discs were the first time I’d put anywhere near 100 hours into a game – I made new friends bonding over Final Fantasy VII, pored over strategy guides and printed out FAQ’s to tease out every secret, bought it on PC and then finally made it my first game purchase when getting a PlayStation just in time for the release of FFVIII.

That the remake is a massive undertaking is obvious, especially in the wider context of game remakes in 2020. Never before have we had a single game split up into multiple parts for a remake – akin to selling Claire and Leon’s Resident Evil 2 campaigns separately or making a few colossi in Shadow of the Colossus as optional DLC. Its development and success could have far-reaching consequences going forward for games in general and lead us further down the road of pre-sold properties, reboots and remakes that Hollywood has found itself in for quite a while. Fairly hyperbolic statements you might say, and the spilt approach understandable given the scope of the game involved, but I do feel Square Enix are taking a bit of a gamble in its approach; will each part feel satisfying in its own right once the credits roll? How many buyers will drop off in between each release? How will they manage the generation-spanning nature of their current schedule? Will a 6-10 hour section of a game hold up when stretched out to between 40-60 hours as suggested?

I’ve been ruminating on these questions and more in the lead up to the April release date and wanted to share some of my thoughts with Player 2 readers. In regards to ‘cliffhanger endings’ and part one of FFVIIR probably closing up at the conclusion of the ‘Midgar’ section, Square Enix has nothing on Falcom and the Trails series, so I’m fully prepared for that scenario. Will it feel satisfying? That depends on how they’ve expanded the remaining contents of that first disc in the remake. It’s all too easy to turn JRPG gameplay into a chore and one of the biggest issues modern JRPG’s have struggled to resolve in my opinion is making something that feels grand and sweeping without a lot of repetition and grind. Fast travel, fetch quests, crafting, on-screen enemies; while all standard for JRPGs today, none of these elements were present in Final Fantasy VII, and I’m not convinced they will improve the experience. I fully expect elements of both Final Fantasy XV and the Kingdom Hearts series to worm their way in, but whether they will feel at home is another story. That said, my rose-tinted glasses for Final Fantasy VII probably won’t be on for a lot of people picking up this title, and a part of me is glad younger generations of players will get to enjoy this game presented in a standard befitting of 2020.

Timed exclusivity is a bit of a worry as well, and the cynic in me fully expects some extra content to find its way into the Xbox release, only to then be sold as DLC for PlayStation players. It’s a solid marketing strategy either way – give Xbox players a reason to wait, give PlayStation players a reason to revisit, tell them both they only have another year to wait until Part Two in 2022. One radical idea I have that I suspect would appeal to 0.001% of players, is to create a special save at the conclusion of FFVIIR that would load up the start of Disc Two in the remastered versions of FFVII available on digital storefronts.

In terms of reviews, which are subjective opinions if you haven’t been keeping up, FFVIIR could swing wildly depending on a number of factors. Given the quality of what I’ve seen and played so far, it will easily hit 8’s at multiple outlets, but it’s also going to be judged by varying standards – how does it hold up as an action-JRPG in 2020 against the likes of Persona 5 or even Yakuza 7 and other contemporaries, regardless of its legacy? Does the reviewer feel it doesn’t live up to the original and should lose marks for this failure to meet expectations? Can it pull off the near-impossible and satisfy old fans and new alike?

While many of my musings should be answered within a month’s time, others may take years to manifest and we could see Final Fantasy VIIR spanning much of the next console generation, with all of the development problems and player expectations that will invite. Regardless of my concerns, I’ll still be catching a train to the Sector 1 Mako Reactor on April 10th.