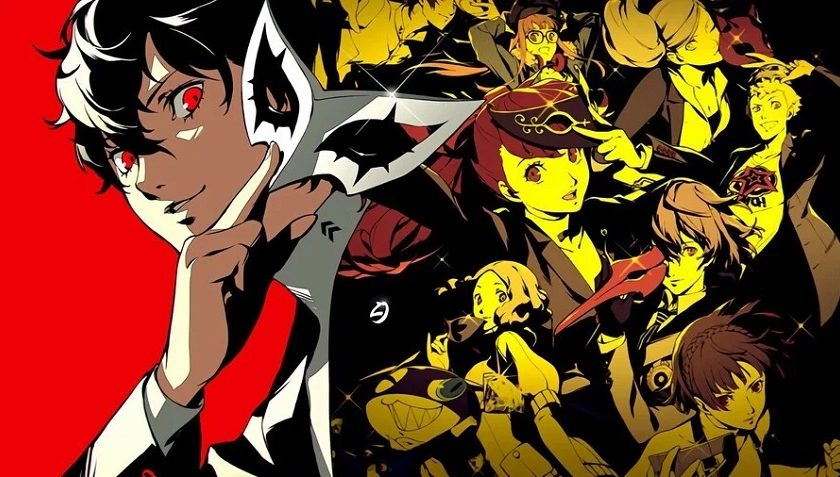 I hold Persona 5 dearly as one of my favourite games of all time. Featuring lovable characters, a flashy combat system, and an incredibly eclectic soundtrack, Persona 5 is an incredible JRPG. It’s also a bloody big game. Enter Royal’s major challenge: is it worth diving into for those of you who played the original? 40 hours in, all signs are pointing absolutely yes.

Following many of the same story beats as the original, Royal depicts a high school student, known by his pseudonym of ‘Joker’, who is forced to live in the city under strict supervision for being falsely accused of committing a crime. Eventually, you discover an alternate dimension where your school chums masquerade as the Phantom Thieves to figuratively steal people’s hearts and enact societal change. What follows is a game best described as part-JRPG, part-school-life sim, where battling ghoulish enemies in dungeons often plays second fiddle to engaging in various social activities expected of teenagers.

Akin to Persona 4 Golden, Royal is not merely an expansion or packaged DLC for Persona 5, it’s an entirely remixed experience. So while much familiar ground is tread regarding early storylines and activities, many small things add up to what feels like an improved experience. One of Royal’s major additions is an extra team member, Kasumi Yoshizawa, an elite gymnast one-year Joker’s junior. Kasumi is briefly introduced in an introductory combat scenario before being whisked away, where she is seamlessly slotted into the pre-existing plot. Although I haven’t yet recruited Kasumi to the Phantom Thieves, she becomes a Confidant – a character who building a friendship with grants various bonuses in and out of combat.

In addition to battling and making friends, Persona 5 is also about choosing how to spend your time. Each day of the in-game calendar, you’ll usually get an afternoon and an evening to dedicate to either dungeon crawling, hanging out with friends, or doing activities that increase Social Stats – skills used to further build friendships and successfully perform various feats. Anecdotally, where Persona 5 would too often restrict choice – particularly early on – Royal gives more freedom to fit more activities in and lessen the early grind of increasing the all-important Social Stats and Confidant rankings.

However, arguably Royal’s best feature is the addition of a character named Jose in the labyrinth dungeon known as Mementos. Appearing as boyish toy-like humanoid, Jose offers the option to tweak modifiers whilst in Mementos. By collecting and returning stamps and flowers to Jose, he’ll give items or enable incremental increases to the rewards dished out, such as experience points, money and items. Anything optional to reduce JRPG grinding for levels is a grand thing, so Royal’s flexibility to allow us to speedily gain XP and focus more on the wonderfully lived-in world is brilliant.

Many of Royal’s other tweaks are blink-and-you’ll-miss-it fare, such as new character portrait art during conversations, and extra boss phases. Pre-release hype has dedicated time to the new grappling hook, but it has so far felt an arbitrarily tacked-on addition. While its use doesn’t stand out, the tool doesn’t offer a significantly substantial way to traverse dungeons beyond hunting for some new battle-enhancing accessories. Furthermore, the all-new Thieves Den – a hideout for displaying artwork, music and more unlocked as you play – is a lovely little gallery for all things Persona 5 and Royal, but doesn’t seem to tangibly add much to the overall game. So far, that is.

Conversely, to try and list everything new in Royal would be excessive, considering much of it is included in such an effortless way that you couldn’t imagine playing Persona 5 without it. The new location of Kichijoji, new characters, Baton Pass combat bonuses; they all enrich the experience in varying ways to create a fuller experience.

Royal made recent headlines when Atlus’ localisation team announced the dialogue in several scenes would be adjusted for the Western release. Without going into detail, these scenes included unfavourable depictions of LGBTIA+ characters. While I’ve so far only encountered one of the updated scenes, the depiction feels far less gross. However, as a straight man, I implore you to seek out the thoughts of someone from the LGBTIA+ community – representation 100% matters.

Ultimately, Royal doesn’t tamper with what made Persona 5 wonderful; its sensational sense of style, engrossing world, and addictive fighting are even better in this remixed version. While so much is seamlessly new, I’m still yet to reach the entirely new semester and story deviations. Expect a full review closer to the March 31 launch covering these significant alterations and how the whole package stacks up to the original.

In the meantime, know that Royal absolutely feels like the best version of Persona 5 in too many ways to count.