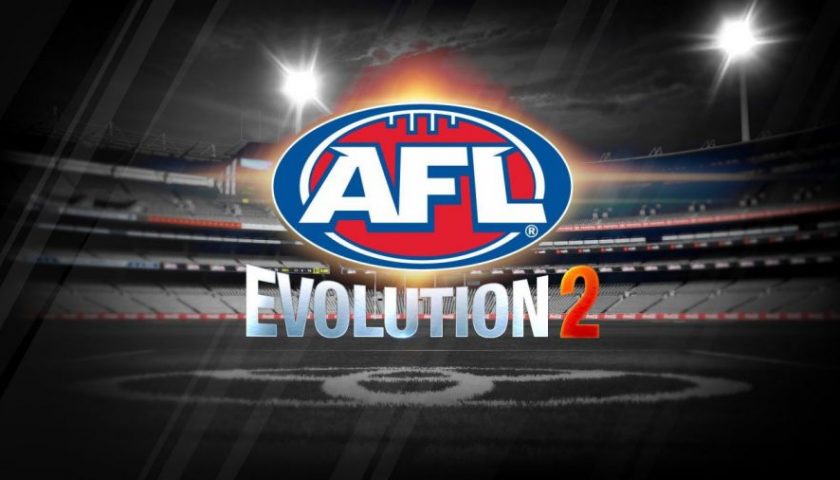 For years fans of AFL (Australian Rules Football, no, it’s not Rugby international readers!) have been clamoring for something even partially reminiscent of the EA/2K annualised model for their beloved football code, but, like Rugby, releases have been few and far between, with the standard having been fairly sub-par by and large. The last AFL game to hit shelves was 2017’s AFL Evolution and it was fair to say that by any reckoning, the game was pretty average; but, being many years removed from that launch, hopes were beginning to build that this 2020 edition would be the one to do justice to the greatest football code in the world. In that endeavour though, AFL Evolution 2 slams into the woodwork.

It’s the same tired story for anyone who has been playing AFL games that date back as far as 1991’s “Aussie Rules Footy”, but didn’t really hit any sort of stride until PS1 titles “AFL 98” and “AFL 99”. Despite the minuscule budget (compared to the FIFA’s or NBA 2K’s of the world), the developer, in this case, Wicked Witch has endeavoured to replicate what has made those big-name sports so successful, the problem is, that without the same available resources, the final result soars high to take Mark of the Year, but ultimately falls with a thud.

The dashboard for AFL Evolution 2 is pretty stock standard, offering single matches, the 23 round (plus finals) career mode where you can assume the role of a player, custom or one you’ve chosen from a list, or even your favourite team on a run for the premiership, online competitive play, training modes and a variety of competitions and additional features to satiate the appetite of any AFL fan. The selection is impressive, and Wicked Witch has certainly leaned into what sports game players were enjoying, to ensure that AFL fans have the same suite to play with, but the problem, and it’s one the sweeps through the entire experience like jitters in front of the goalposts, is execution.

It’s the moment to moment action where AFL Evolution 2, like so many of its predecessors, falls over. Even on harder difficulties, scores can balloon to double a normal scoreline very easily and it’s because Evolution 2 is unable to replicate the correct pacing of an AFL match. Real matches can be an arm wrestle where sudden moments of brilliance can break a game open, but AFL Evolution 2 has only one tempo, and that’s flat out. While this would suit an arcade-style experience with fewer players on field, as an attempted simulation, it fails in every way. With the ball ricocheting from end to end quite rapidly, the camera needs to pan out quite a bit, making it particularly difficult to identify your players in congestion, which will then often lead to the player attempting to tackle when they’re in fact in possession of the ball (or vice-versa). It’s frustrating enough when you can pick errors by umpires from the stands in a real match, but when those calls are made and you can’t distinguish between yourself or your opponent you might start feeling like Barry Hall with a controller called Brent Staker.

Disposal has improved and looks far more believable than ever seen from past AFL-based titles, the controller mapping, while needing some time to get used to, also makes sense. There are of course some strange consistency issues in marking contests, while it’s easy to just slip off your opponent when jostling for position as well, whether your intent is to mark or spoil. Field kicking and handballing feel good, when you have the space to identify who has possession of the ball, and there’s enough depth to those systems that players can strategically weight their passes to land in front of incoming players. Kicking for goal is simple, and well-executed, though accounting for the wind variable in conjunction with your distance/angle from goal can still make player execution a challenge.

Problems again resurface though when you talk about the presentation. Some players, the most elite of the game, while never entering the uncanny valley realm, look closer to their real-life counterparts than ever before, but the lesser lights, as well as a few strange top tier exceptions, can look pretty rough and in some cases generic. The crowd presence looks and feels like it came straight from decade-old takes on the sport, with the only noticable thing that’s different being the crowd chants for the dominant team should a match be playing out that way. Likewise, the commentary is atrocious. You would think that with two of the very best manning the microphone in the form of ex-Melbourne great Garry Lyon and Anthony Hudson calling the shots that players would get to experience the best expert feedback possible. Instead, you’ll hear the same lines trodden out multiple times per quarter, without any real energy and comradery between the duo. Even with weaker commentary, an enormous difference would have been made with a team of 4-5 commentators to at least change the pace a bit sometimes. Instead, Huddo’s creative flair in huge moments is missing, as is Garry’s energy when something outrageous takes place. In every respect, the presentational attributes of AFL Evolution are lacking in depth and polish.

In spite of all of its flaws, there’s still this immeasurable something about the AFL Evolution 2 experience that continues to pull you in. Perhaps it’s the arcadey experience in a simulation skin, or maybe it’s just the players love of the sport that’s carrying them through, but there is still enjoyment to be found here, you just need to be prepared to overlook the plentiful flaws to get to that point