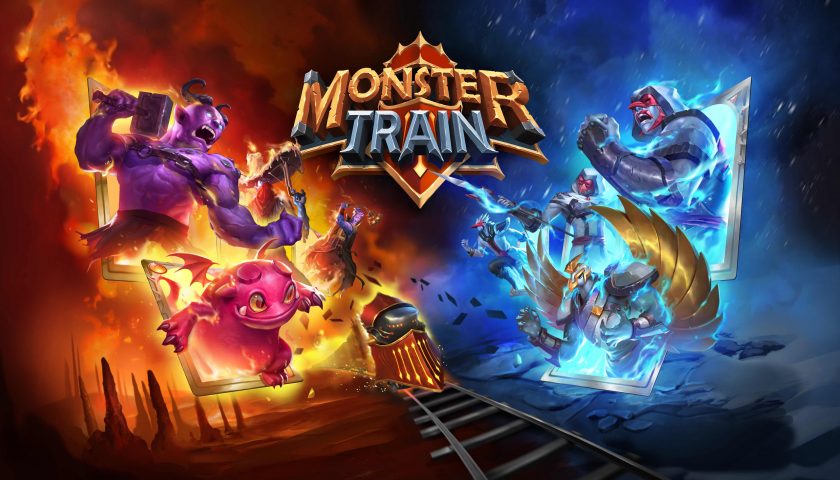 All Aboard The Monster Train – Preview

Being away from a lot of heavy-play games for some time, I have a grand appreciation for the games that facilitate quick completions and slow progression. The roguelikes that started to populate our Steam inventories in the mid-2000s opened the door for even more experience-morsels in the 2010s, merging other game types with non-modal random level generators brimming with fresh meat sautéed for our destruction.

The deck-building roguelike has been one of the most curious outcomes of this renaissance, but the one that redeems the most spirit from the original essence of the roguelike. They have embraced a new definition of random, and found new ways to provide tangible evidence of avatar growth that encourages continued play. Games like Slay the Spire have dealt us chance not only in the avatar’s progression but also in the cards that are distributed to your hand. While there is the safe assumption that you will progress through early levels with ease, a bad hand can cause unnecessary scrapes in the early game that change the remainder of your progression from skull-splitting to self-preservation.

Monster Train is currently in beta from Good Shepherd Entertainment and continues this thought train to even more hellish destinations. Bless these good shepherds for contextualising why a bunch of demons are stuck on a train carriage from limbo to God-alone-knows-where – it is a nice touch before commencing the game. The goal of each run is to stave off the Higher Powers That Be from destroying the red carnal pyre that is powering the train and protecting its occupants, and your deck is populated with minions, spells, and buffs to facilitate this goal. The train carriage is divided into three “levels”, creating a gauntlet of potential nastiness that the disharmonious heralds will have to overcome in order to destroy the pyre. Combat exists in this singular environment where you earn gold and experience to level up your champions and factions, with avenues for other upgrades sprinkled along the rail-line outside of the combat environment.

The notion of the journey as a train track is implemented cohesively but has its own drawbacks in that it gives larger penalties than other deck-building games. There was a very either-or mentality in the layout of the train tracks, which always made you choose between upgrading units or upgrading spells. While it is an equitable distribution, it suspended the immersion I usually feel in these games because I reliably anticipated that I would be able to choose between upgrading one thing or another thing. The true delight comes with not knowing what lies ahead of you, made even more poignant when an anticipated option is not predictably available. I want to be spoon-fed a moreish easy run and know that the next time I play I will probably sweat bullets because none of my favourite “safe options” are accessible to me.

Good Shepherd markets the game on its three-tier approach to each mission, where you are able to populate three “levels” of the train carriage with demonic blood sponges that will slow the progress of enemies trying to reach the pyre. I’d argue that they are selling themselves a little short on where the ingenuity really resides. Where Monster Train does things a bit differently is by depersonalising the avatar of the adventure. Minions are respawnable, champions are upgradeable, but the train itself is the true hero of the escapade. Its sentience is underplayed as a mere puppet-master of the activities that inhabit its carriage, or a habitat where these demonic factions can grow and improve and recruit more comrades and magics to your deck. We feel that we should be cocooning the train pyre at all costs, but it is far more glorious fun to let its omnipotence deal the heaviest blows.

Monster Train is so far fabulous in its small runs and has promise for engaging players in frequent escapades. With a little more chance play implemented, it would be a glorious addition to deck-building roguelikes with its own clever twist.