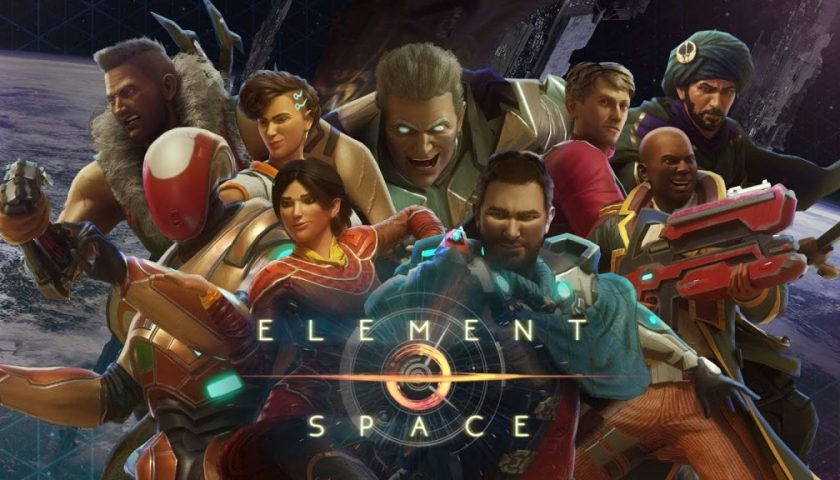 Element Space, a Sci-Fi tactical turned-based shooter, looked promising as I watched the trailer.  On paper, the combination of turn-based combat with RPG character progression, unique character skills and a branching storyline looked like a winner, but a lack of information combined with numerous bugs and poor design choices make for a frustrating experience that had me rage-quitting on more than one occasion.

At the risk of sounding like the stereotypical entitled gamer dude, there should be nowhere near as many bugs as I found in Element Space.  Games will always have bugs that are missed, especially bigger games or things that only happen 0.0001% of the time, but there are some pretty big ones evident in Element Space, and  I have no idea how these bugs made it through the QA process. This is compounded by an update on the games steam page in which the developers talk about the extra QA that has been put into the port since Blowfish Studios came on board to publish the PS4 and Xbox One versions.  If this is the version that has a lot more QA and polish then I am glad I didn’t have to play the original.

Lest you, dear reader, believe I am blowing things out of proportion let me give you a few examples of the major, game-breaking bugs I encountered during my time with Element Space.

Firstly I never failed a mission.  From what I believe, the game world has multiple timelines that can play out depending on whether you succeed or fail on missions.  I cannot confirm this, not because I am a tactical genius that can best any combination of opponents the game can throw at me. Nay, I cannot confirm this, because every time I failed a mission the game would hang.  The background music would continue playing but the game would never bring up a mission failure screen. This is a pretty big issue to have when the direction of the story is dependent on whether you succeed or fail.

The second example, while not completely game-breaking, still had me rage quit a number of times. There are a few abilities that involve character movements, such as a grappling hook that can move your character to cover, or a warp effect that sends another character dashing towards enemies to release an area-of-effect attack.  Being a tactical game you try to plan for where you want your character to be at the end of your turn, almost always in some form of cover to protect from damage, however, using either of these abilities is a bit of a crapshoot. I lost count of the number of times I would have my Captain use his grappling hook to pull him out of the firing line, only to watch in bewilderment and sorrow as he continued on, sliding across the floor like a kid that tried to slide on the polished floorboards in his socks, only to underestimate how far his momentum would take them.  Or watching my Sensate (a melee fighter that is better utilised as a supporting character) launch a dash attack and, upon completion of the attack, suddenly change direction and keep sliding, taking her into the thick of the enemy positions.

One can almost deal with these issues as they occur, soaking up the damage dealt out by an unfortunate random positioning, but there was an occasion where this glitch resulted in my Sensate being drawn out of the boundary of the current engagement.  Without the ability to ‘stack’ movement over multiple turns as you can in other tactical games, the Sensate was stuck out-of-bounds and rendered as useless as Scott Morrison during the bushfire season. What compounded the issue was the resulting replay of that section ended with the exact same issue, except this time with my harpoon toting Captain.

These are not minor issues, but fundamental problems with the development of the game.  Heck, I loaded the game back up as I was writing this because I couldn’t remember what the Sensate was called.  Instead of just loading into the game so I could get the information I was immediately taken to difficulty selection for a new game, with no option to go back to the main menu.  While yes it is a minor bug that tried to shoehorn me into undertaking a new playthrough, it still resulted in having to close the game down completely and restart it, just to then load up the game I already had in progress.

Unfortunately, while there are major bugs that hamper your ability to play the game there are just as many design choices that have the same effect.  You can only use the cursor on ⅔ of your screen, making the walking sections between fights tedious as you essentially have to click every three to four steps.  It also means that you have to fight with the camera and cursor to gain access to areas outside the normal ⅔ of the screen you use in order to pull off a successful flanking manoeuvre or engage with enemies near the boundaries of the screen.

There are other poor design choices throughout, such as enemies being alerted to your presence as soon as you reach the area of the next engagement.  Playing games like XCOM and Mutant Year Zero, you get the thrill of setting up your characters for an ambush to inflict maximum damage and put yourself in a better position for the battle.  Element Space essentially throws you into the fight without a thought for how your playstyle will be affected. It’s like the developers had a vision for how the fights should go and expect everyone to just play to that style rather than letting the player find the way that they want to tackle a given scenario.

Sadly, this is not a matter of I didn’t like the game or it wasn’t my type of game.  I wanted to enjoy this game. Yes the writing may have seemed a bit cliched and the voice acting sounded like it was phoned-in by someone looking for a paycheck, but the premise of combining skills to counter enemies, choices affecting relationships with characters and different timelines did intrigue me.  However, in saying that, when writing a review I am looking at the game as a whole and there is an implicit responsibility in that. People may actually go out and buy a game based on the words I write here.  That means I am forced to call out this game for what it is, despite the game’s good intentions. If you enjoy tactical turn-based-shooters, there are other options out there.  You may still find yourself prone to a rage-quit in some of those games, but at least it will be because of your own failings and not unpredictable behaviour from the game itself.