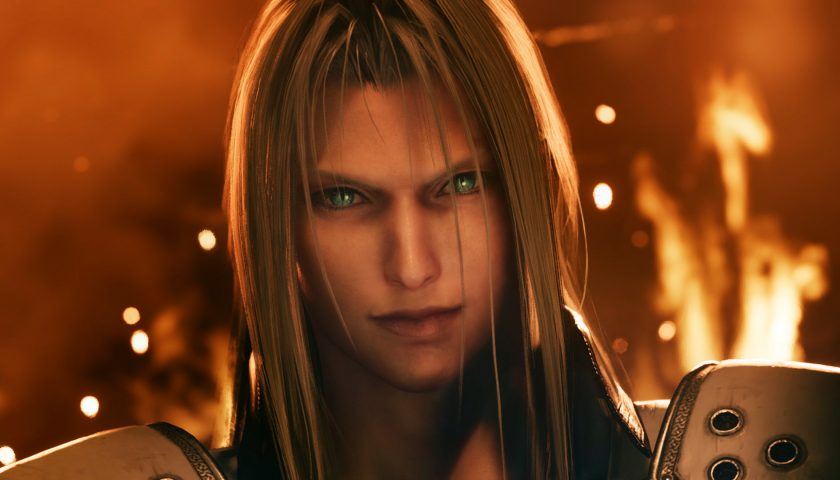 Fresh to the Fantasy – A New Set of Eyes on Midgar

Final Fantasy VII, it is a name that is spoken with reverence throughout the virtual halls of gaming history. The story of Cloud and Co has been a favourite of thousands since its initial release and is often brought up when talking about the greatest games of all time. Wrestlers have named finishing moves in honour of the game, people have named their children after the characters and whole reams of fan fiction litter the internet, all focused on these adored characters. Yet despite all of that, I have never played it. You see I never owned a PS One until much later so it simply never crossed my path. Being in games media there is no way to have not heard about the story beats and events that have become so enshrined in folklore, but I have never experienced them for myself.

So with the release of the Final Fantasy VII Remake, the question begs to be asked, can someone who has no history with the original enjoy the game? That was where I stepped in, keen to see if this beloved game holds up for the uninitiated or weather the praise the remake is getting is helped by the warm glow of nostalgia. Committed to answering this conundrum, I picked up my controller and dived in.

The first thing I noticed is that the characters are certainly presented in a “larger than life” way. Barret, a wannabe MR T, Jessie the cutie with a spine of steel, Wedge the likeable chubby guy, Biggs the cool and calm operator and a little later on Tifa, the long lost friend (love) with doubts as to the team’s course of action. This leads me to the main character Cloud, who let’s face it, comes across as an unlikeable sod that has a preoccupation with money and little regard for those he is employed to protect. But as with many first impressions, they don’t tell the full story. As I play the game and dive deeper into each character I have learned that there is much more to them, there is a depth in motivation and thought that is not immediately apparent. Sure the characters all play to common stereotypes but looking past that reveals the true quality of writing in the game. By the time I reached Aerith, my dislike for some of the characters had disappeared completely and I was ready to see beyond the initial face that was presented to me. That is, except for Barret.  His caricature of the typical tough guy is hard to swallow and despite the game doing a great job of explaining his motivations, I could never warm to this hardass persona.

Moving on to the gameplay and initially, I was lost. Text came at me thick and fast explaining the tools and skills needed to take on Shinra. There is a lot to take in and systems upon systems to learn, but thankfully the initial stages are quite forgiving and they gave me time to learn and adapt. By the time I had reached the third chapter I was getting a handle on the system and utilising it to its full potential. By the fourth chapter, I felt I was a master (I wasn’t) and combat became a wonderfully satisfying dance of switching characters, charging abilities and planning strategies based on enemy weaknesses. Now I am at the 15-hour mark I can safely say that the combat is the real highlight of the game, its initial complexity gives way to an immensely enjoyable experience if you bother to learn its intricacies.

There are some problems that I have with the game however and I feel that these are legacies of the original release. The first is the menus. There are menus upon menus upon menus and none of them logically lead to other areas. Diving into weapon skill trees, Materia selections and character loadouts is a mess of text and confusing button presses. This feels very much like a legacy of the original title’s era, I remember FF 8 (my first real FF experience) being much the same. But gaming has moved on and surely there has to be a better way, a better system to allow players the same amount of control over their character without forcing them through an endless tree of words and terms that confuses more than it guides.

The other issue I have is with the game’s linearity. Much more like an action game as opposed to the RPGs we are used to in this day and age, FF7 seems determined to funnel me down a single road towards a final destination. There is no thought given to exploration beyond looking behind a cargo container to see if there is a chest full of potions hiding there. This has, I must admit, frustrated me at time. Midgar seems like a fantastic place, somewhere I would love to wander around, soaking up what makes the world tick, exploring its nooks and crannies. But that is sadly not to be as the game hurtles forward, with only brief respite offered in the occasional town setting. From what I understand, this was much the same in the original title but as someone with no experience of that, it is a jarring thing to deal with in this modern era of open-world gaming.

All that said, I am thoroughly enjoying my time with Final Fantasy VII and while I don’t personally think it is the greatest game ever, there is a lot of fun to be had. There is an endearing quality to the characters that keeps me hooked to the somewhat cheesy story and the combat is the best version of Final Fantasy combat I have ever experienced. I can see how someone who grew up with the original game would be immediately in love with this title, it really is a wonderfully built love letter to those fans. But rest assured, there is plenty to enjoy for those of you yet to partake in Cloud’s story. I may not have a long history with Final Fantasy VII, but I am enjoying it all the same and I guess that means this is the best kind of remake, one that appeals to new players while still satisfying the long time fans.