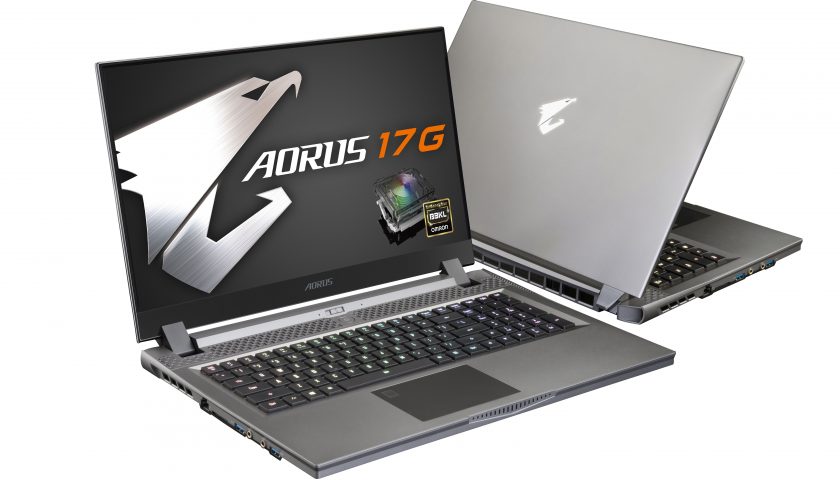 Gigabyte are Making a Big Splash for Gamers and Creators

Whether you’re a pro gamer, a content creator or just someone looking for a high-performance laptop, GIGABYTE’s latest range of laptops promises to satisfy. The award-winning company has today announced the newest models in both the AORUS and AERO series, and all the offerings feature some serious upgrades from last year’s models. As well as offering improved graphics capabilities and displays across both the AORUS and AERO laptops, GIGABYTE are leading the industry by becoming the first to release notebooks that boast 10th Gen Intel® Core™ i9/i7 H series 8-core CPUs, and NVIDIA GeForce® RTX 20 series SUPER GPUs. That’s a lot of power.

Though both boast processor and graphics upgrades, and both models make use of the WINDFORCE Infinity Cooling system to keep them from burning up, the different target groups for the AORUS and AERO series (pro gamers and content creators, respectively) mean that the new specs look a little different between the two.

Geared towards content creators, the AERO series are described as “high performance professional notebooks”, with the upgrades on these models focusing on multi-tasking capabilities and sharp graphics. The HDR and OLED models in particular support 4K resolution and utilise the HDR True Black high contrast feature to provide clean, crisp images for those that rely on them. They include:

While not officially available, the entry-level AORUS laptops are releasing in late April, and the following specs have been announced:

These new AORUS pro gaming and AERO creator models are available for pre-order now, with official sales starting from April 16th. The entry-level AORUS models will join them later this month.