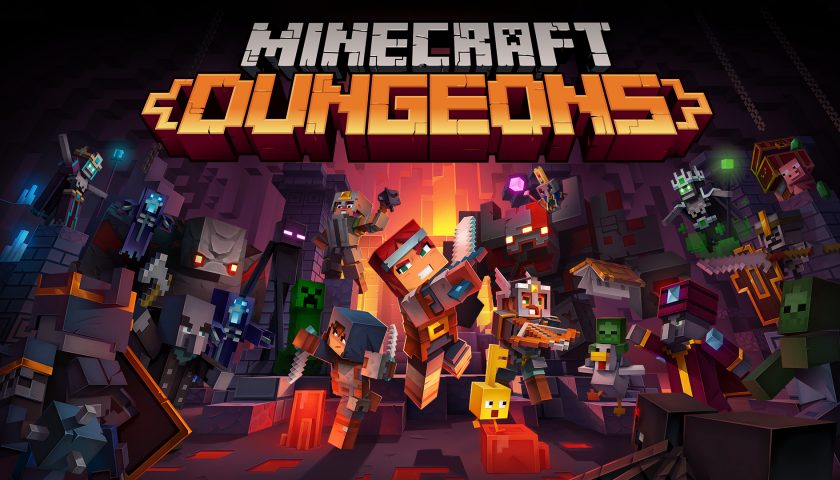 Time to Crawl Through Some Dungeons with Minecraft

Minecraft fiends everywhere have been eagerly awaiting the next big thing for the franchise and that big thing is nearly here. A take on the familiar Diablo formula, Minecraft Dungeons turns everyone’s favourite block builder into a multiplayer Action RPG. The game will support up to four players at one time and will scale the number of enemies and difficulty to suit the players.

Perhaps the coolest feature for Minecraft Dungeons is that there are no set roles in the game. Gone are traditional RPG tropes and in its place is a free-form system that will allow players to adjust their character to their preferred play style. Want an archer that can also dabble in magic? No problemo. Feel the need for a Barbarian to have some agility as well? Sure thing. It should make for some truly unique characters and really give players a sense of ownership over their blocky hero.

Originally scheduled to come out in April, current world events have set that back, with a new release date of the 26th of May. There is some good news though. The game is coming to PC, Xbox, Playstation and Switch on launch and if you are on PC or Xbox and have Gamepass, you will get it as apart of your subscription day one. Cool right? This is actually looking like a super fun game and as it is couch co-op enabled, perfect for those of us isolating with the kids.

If you have any more questions about Minecraft Dungeons, I have included a hand FAQ from the Minecraft Team below.

Some of you might ask “What is Minecraft Dungeons?” I could in return ask if you’ve been living under a block, but I’d much rather explain it to you: Minecraft Dungeons is our new action-adventure, dungeon crawler-style game in which up to four players fight together to defeat the evil Arch-Illager and his relentless swarm of new-and-nasty mobs – one action-packed level at a time. Not only can you do so in the good company of your friends, you also have all forms of weapons, artifacts, and enchantments at your disposal. And if you still have questions, then let our handy FAQ answer all the whens, hows, and whys!

Minecraft Dungeons is a brand new, standalone game set within the Minecraft universe, with most of its blocky charm and challenges. You might not be able to place blocks or build a house made of cobblestone, but you’re still very much an adventurer exploring the Overworld.

Are there character classes in Minecraft Dungeons?

Minecraft Dungeons has no classes. In true Minecraft spirit, it’s all up to the player to build their own playstyle and identity with the items they equip. You are what you wear!

Will Minecraft Dungeons be available with Xbox Game Pass?

Does Minecraft Dungeons have multiplayer, and if so, how does it work?

Just grab your controller and jump right in! Minecraft Dungeons supports up to four players in both local couch co-op and online co-op modes. However, we do not provide you with an actual couch!

At launch, you´ll be able to play online multiplayer with friends on the same platform. We’re working to bring cross-platform multiplayer across Xbox One, Windows 10, Nintendo Switch and PlayStation 4 in the near future through a free update after the game’s release.

Is there matchmaking for online multiplayer?

No. Minecraft Dungeons is designed to be played together with your friends – either in a comfy couch or in a comfy online session.

Do the missions change from one game to the next?

Yes! Each mission in Minecraft Dungeons is a mix of procedural content and carefully crafted elements that tie into the mission’s objectives and narrative. In other words, while parts of the mission stay the same, the paths, mobs and treasure you find will be different every time you play it.

Yes, there will be! With Minecraft Dungeons – Hero Edition, you’ll get access to two upcoming DLC packs for free. We’ll share more information about these soon.

Why can’t I pre-order Minecraft Dungeons on all platforms?