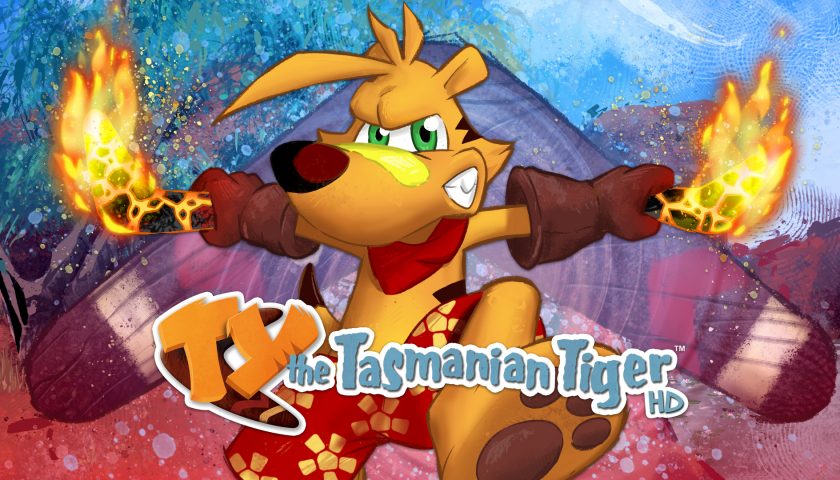 The early 2000’s were the prime time for Mario 64 clones. Developers had time to look at what Nintendo had done on the 64 and attempt to copy the formula for the newer Xbox and PS2 consoles. We had dozens of these titles, some terrible (Hey Blinx) some mediocre (Voodoo Vince comes to mind) and some were amazing (hello Psychonauts). Everywhere we turned a new 3D Platformer would pop up and ask for our attention. There was one, however, that had a unique hook, a style that no other game had previously used. That hook was a large dose of Australiana, the type of Australiana not seen since the height of Crocodile Dundee fame. That game was Ty the Tasmanian Tiger and that dose of Aussie Larakinisim saw some measure of success, with two sequels quickly following. But by the beginning of the 360/PS3 era the world had seemingly moved on from the genre, leaving Ty stuck in the outback. But nostalgia is a powerful drug and thanks to a successful Kickstarter campaign, Ty has finally made his way back to consoles and do you know what? It is great to have him back.

For those that never played the original, this is a straight-up riff on Mario 64. Ty is a loveable lead who is helped by a range of iconic Australian animals as he collects Thunder Eggs (a geode that is cracked open to reveal crystal formations) and beat Boss Cass, a Cassowary that loves coal-powered devices and mining the land, so he is essentially a member of the National Party. Ty makes his way through a range of Australian themed levels, throwing boomerangs, swimming at the great barrier reef and essentially doing everything you have ever seen in an Australian tourism ad. Add to that the need for every “ocker” expression ever making its way into the dialogue for the game and you have an excess of bad Australian cliches that for locals like myself can become rather cringe-worthy, but I imagine for those of us not from the land down under it is rather charming.

Thankfully that cringe doesn’t take away from the excellent gameplay. I had such a great time revisiting Ty’s adventure. It is sad that this sort of game is few and far between these days because it is a wonderful way to escape the seriousness that has infected so many titles. It is also perfectly suited to the Switch, with pick-up-and-play sessions the best way to get through the game. The quality of life improvements made to the game means that Ty controls wonderfully, with a snappy enemy lock on, tight jumping controls for tricky platforming and some expertly designed levels that are a joy to explore. There are still some camera issues, with it panning far too quickly making it hard to grasp at times, but let’s face it, games from this era often struggle with the camera so it is no shock that a game from 18 years ago has a few quirks.

Graphically the game looks like an old house that has had a good lick of paint, you can see its age, but all the same, it looks good for the effort put in by the owners. I feel like this comes down to the smart design choices made by the team when the game was first released. A strong, Saturday morning cartoon-like aesthetic along with great character design has made the game an easier proposition to improve and re-release. This is about as good as the game can look without going back to square one and is more than good enough for the sort of game it is. The sound design has held up well too and apart from the cockatoo who sounds suspiciously like my Uncle from North Qld, everything sounded tip-top.

Ty the Tasmanian Tiger isn’t going to change the world at all. This is not a remake along the lines of Resident Evil 2 or Final Fantasy VII. Ty’s return is of the remaster variety, a prettier version of the game we loved in 2002. That the game holds up as well as it does is testament Krome’s skill as a developer because I am sure that many similar titles of the era would not hold up as well. Ty is a joy to play and frankly is a must-buy for anyone looking for that classic 3D platformer experience. Ty the Tasmanian Tiger HD is a warm blanket of Australiana flavoured nostalgia and frankly, that is a comforting thing in this stressful time.

Ty the Tasmanian Tiger HD was reviewed on the Nintendo Switch with code purchased by the reviewer.