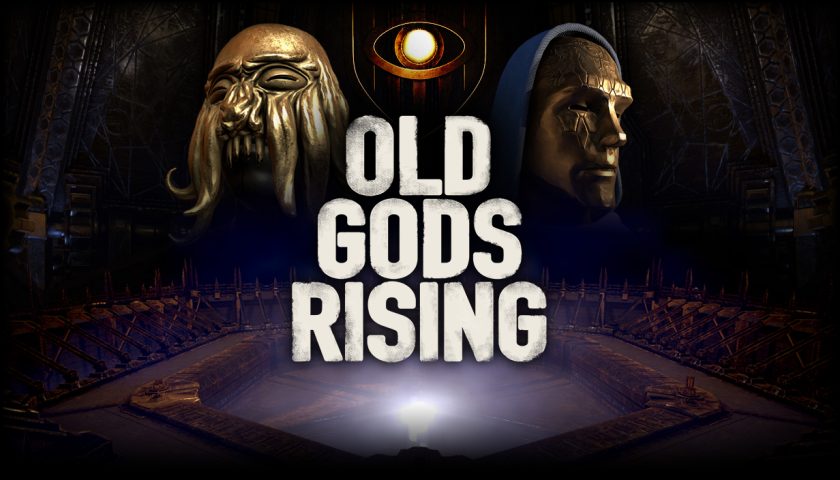 Cancer is scary shit. It will knock your world view askew and have you questioning your direction in life. This is perhaps the only positive output that cancer’s impact can have, and it was a rare blood cancer diagnosis, ten years ago, that prompted former BioWare Art Director Hayden Duvall to question his motivations for making other people’s games.

Fast forward to now and the fruits of his new focus are reaching maturation, a new studio – aptly names Bad Blood Studios – and a game title releasing under this brand, the ominously titled Old Gods Rising. It is a first-person mystery, described by Duvall as, “what would have happened if H.P. Lovecraft had been running the Firewatch Team”. Old Gods Rising was almost single-handedly crafted by Duvall, including all the art, code, writing and design. It seems the only other people to work on this were the voice actors.

It looks like a nicely creepy walk-and-solve through an abandoned university. The entwined tentacles on the game’s website suggest some major Cthulhu badness will undoubtedly go down, which is always quite welcome in the videogames. Check out the trailer to see if it shivers your timbers. Old Gods Rising releases May 21st for PC.