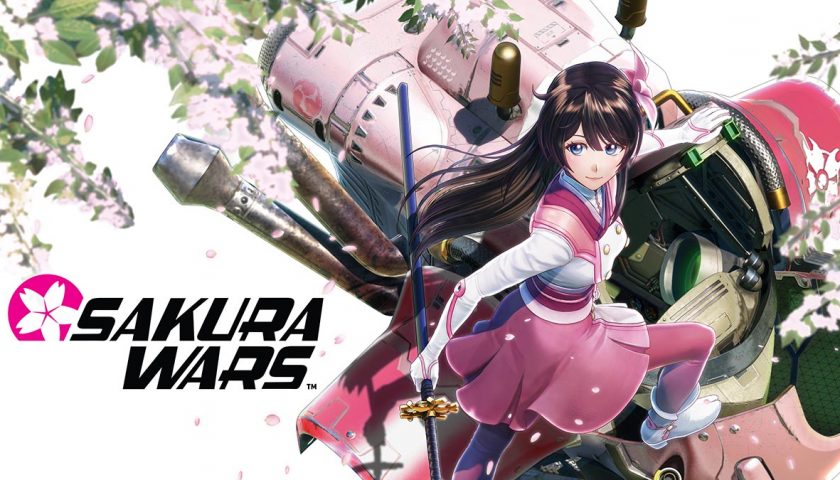 Sakura Wars is a bizarre blend of inspirations and gameplay elements, combining aspects of visual novels, dating simulators, and mech-fighters in one intriguing concept. Unfortunately, instead of creating a satisfyingly innovative package, Sakura Wars stumbles due to inconsistent quality and some of the more problematic aspects synonymous with its anime harem stylings.

Set in 1940s Steampunk Japan, Sakura Wars takes place from the perspective of Seijuro Kamiyama, taking on captaincy of the Imperial Combat Revue’s Flower Division, an all-female crew of theatre performers who moonlight as demon-fighting mech warriors. However, the Flower Division is on the verge of collapsing, and an unresolved demon presence threatens to take over the world. It’s one hell of a setup, that’s for sure.

One of Sakura Wars’ highlights is in how unashamedly camp it is – which is apt for a game revolving around a military group masquerading as a theatre troupe. This is largely due to how much Sakura Wars leans into the setting’s absurdity, which is utterly fabulous. Not only is there a melodramatic plot featuring singing and a demon war, but also an utterly ridiculous harem romance situation at play. Said absurdity is wonderfully boosted by the slick anime 3D visuals, replete with gorgeous locations and highly expressive character models. Additionally, there’s a sprinkling of 2D anime cutscenes that further add to Sakura Wars’ high production value.

Although Sakura Wars’ totally outrageous setting is delightfully compelling, and its tonal whiplash makes for some good laughs, it struggles to keep up the fun throughout its various gameplay components. Time spent with the Flower Division’s cast of characters is largely entertaining – if a little trope-laden – but the mech sections towards the end of each chapter are comparatively dull.

Arguably the most engaging aspect of Sakura Wars is the gameplay involving running around the theatre and surrounding locations, completing errands and speaking with various characters via Sakura Wars’ Live and Interactive Picture System (LIPS). Here, you’ll face many diverse and zany situations to deal with, where LIPS requires choosing one of several dialogue options against a time limit. These encounters impact your relationships with characters, indicated by a positive or negative-sounding chime played during their reaction. By building relationships with Flower Division members, their combat effectiveness increases and further character interactions open up – including romance.

However, somewhat refreshingly in a medium where character relationships are often numerically quantified, you can only check your trust with characters during periodic chapter intermissions. Here, everyone you’ve built trust with appears in a snazzy little theatre diorama, in cute chibi art style, with their proximity to centre stage indicative of how much they like you.

Sakura Wars’ over-the-top characters are the main attraction here. From the impossibly earnest Sakura, the brash Hatsuho, right through to the enigmatic ninja Azami, you’re surrounded by lively characters at every step. Additionally, you unlock the ability to play the Japanese card game Koi-Koi against these characters. I had never played it before, but Sakura Wars includes a how-to-play guide and features lovely visuals, so I thoroughly enjoyed Koi-Koi. Beyond card games, many of Kamiyama’s interactions with the Flower Division are either sweet or involve wildly exaggerated misunderstandings played for comedic effect.

These latter moments – usually involving something of a mildly lewd nature – mostly hit their mark, but sometimes the portrayals come across as being uncomfortably creepy. Especially the tête-à-tête sections which adopt a first-person view from Kamiyama’s perspective as he leers over these young women’s bodies. Although Sakura Wars’ leading women often compete for Kamiyama’s attention, his occasional lecherous behaviour is increasingly objectionable when considering his leadership position within the Flower Division.

Unfortunately, the occasional fan-service and pervy moments undermine some of the story’s sweetness; it’s difficult to get invested in a character’s arc when you know Kamiyama is likely to make a throwaway creepy comment a few scenes later. Most of the overtly lewd responses are avoidable, but sometimes trying to do so feels like navigating a minefield. Even the camera during some cutscenes uncomfortably lingers just a little too long at the female characters’ bodies. We get it, Sakura Wars, they have big ol’ anime tiddies – you don’t need to keep reminding us.

Also, can someone please get the generously-proportioned Anastasia a more comfortable daily outfit? The poor thing looks one sneeze away from poking someone’s eyes out.

With all the silly character interactions going on, it’s easy to forget there’s some mech action, too. Emphasis is firmly on the ‘some’, as Sakura Wars is primarily a story and romance game – mechs come a distant second to everything else. Usually, towards each chapter’s conclusion, the Flower Division take to the battlefield in their mechs to fight off demons. Bizarrely, these demons battle with mechs and robots of their own.

These fighting sections play similarly to Musou games, made famous by the Dynasty Warriors series and its spinoffs, where you use button combos to fight swarms of enemies. However, Sakura Wars lacks the scale and tactical intrigue possessed by the best in the Musou genre. Here, combos are basic, consisting of two buttons, and enemies are all too easily disposed of. Even during late-game encounters, there’s very little challenge to contend with. Beyond the tepid difficulty, Sakura Wars’ combat feels disappointingly lightweight and hits don’t land with any of the heaviness expected of a giant robot. Granted, the special attacks yield a flashy cutscene before launching, but you still feel like a passive bystander observing the outcome of your controller inputs.

Most frustratingly, because Sakura Wars’ mech sections feel dull, they make it feel like you’re being pulled away from the more enjoyable moments – spending time with the characters. This is only exacerbated towards the final couple of chapters, where combat takes priority in addition to the story, which feels like a rush of inadequately foreshadowed moments. Debate among storytellers across all mediums continues to rage about the importance of character versus plot, and while Sakura Wars’ characters are strong, its plot comparatively pales. This is why the more Sakura Wars takes you away from those characters, the more it struggles to capture interest.