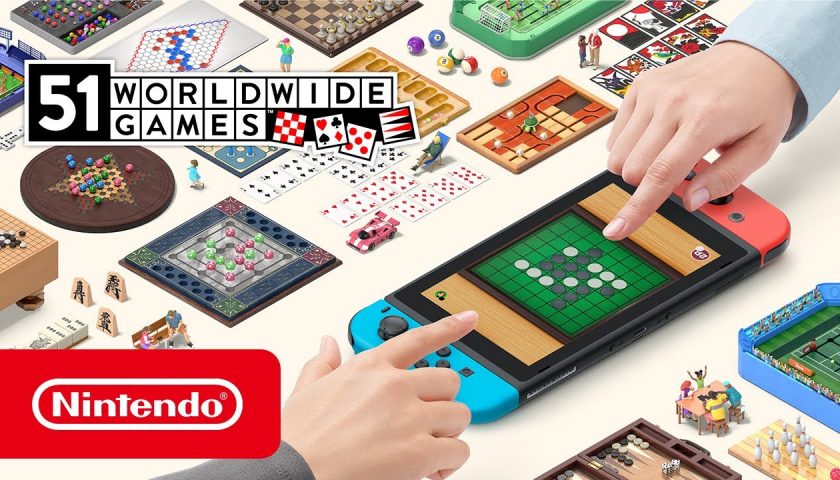 I never realised there were so many games that I did not know how to play. I’ve seen them played by other people or perused them on store shelves, but always assumed the rules for, say, Backgammon, were something that required a dedicated interest to pursue. If nothing else, 51 Worldwide games has opened my eyes to how simply some games can be described and how easily they can be learned. It does a fantastic job of saving you the dreaded instructions read, instead presenting a short video before each game on how to play, complete with comments from little plastic figurines that populate this worthwhile title.

You’d think a game like this could get away with cutting corners, but it looks surprisingly high budget. Each game board has been recreated with detail, providing a richness to the experience that rivals that of physically playing them. For instance, one game that we played in primary school was what is called Dot and Boxes here. Basically, you take isometric or grid paper and draw lines, gaining a point for each box you complete. Finish a box and you get another go, which can create some massive late-game runs. In 51 Worldwide Games, this is recreated with a lovely looking paper surface and two pencils, with each line and scribble looking and sounding like real pencil marks. The same goes for Yacht (AKA Yahtzee), which features satisfying cup and dice rolls that look real enough to be determined by physics (even if they are not). The same goes for Checkers or Chess and all the remaining games. Each one is recreated with the user experience in mind and each one is explained in a way that shows the basic rules and any twists that might apply.

In single-player, you play against computer AI of varying difficulties, earning points and unlocking extra guides on the main world globe. These guides are tiny human figurines that have little sayings about which type of games they like. As you play, they will also give you factoids about the games and any significance to their countries of origin.

Multiplayer is also lots of fun and even though I don’t have an active subscription to Nintendo Online, I was still able to enjoy playing against my wife on the one system. Touch screen controls make it super easy to play with the console between two, or you can each take a joy-con and play that way. I can definitely see this being a great party game with a few people over, taking turns with the game board on the big screen, sharing a few drinks and laughs.

Progression is tracked on a statistics screen, which shows which games you’ve beaten the AI at and at what difficulty. There’s also a tracker for collecting trivia, but really there’s no pressure here. The whole experience is casual and encouraging of whatever you feel in the mood to play. Anyone who has clocked a million hours in Windows Solitaire will be pleased to see it present, as well as several other card games, both traditional and somewhat unknown.

One feature I was not able to test was the mosaic mode, which requires four Switch consoles. Essentially, you place them together, with two on the ends sideways, and it extends some games across all of the screens. You can also line up multiple Switch consoles to extend the playable piano from the game. I guess this is a cool feature, but I can’t imagine a time when I would have four Switches in one place. I only have one friend that owns a Switch, so unless I invite some Switch-owning strangers over I think this feature will have to sit in the interesting but impractical pile.

For me, the real triumph of this title is how it so easily brings to your attention games that you either didn’t know existed or knew about but just never took the time to investigate. The AI is a pretty good opponent if you prefer solo play and I definitely found my win/loss rate hovering around the middle, mostly because I was learning through being shown my mistakes.