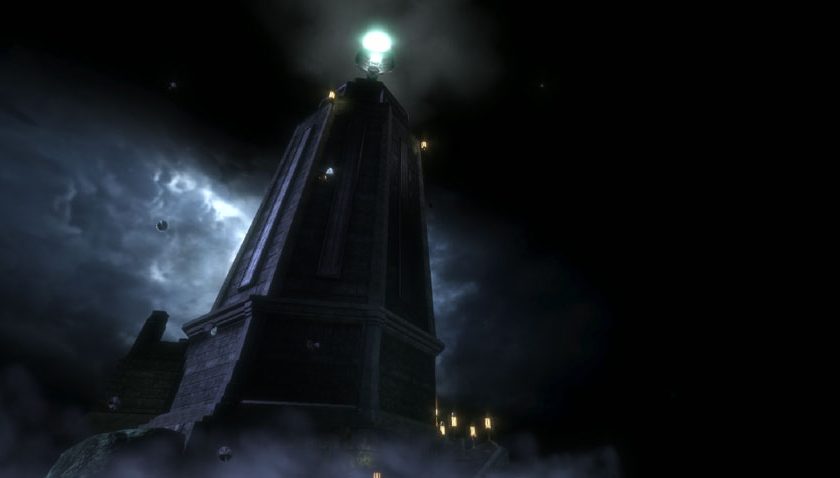 Debuting in 2007, the first BioShock remains one of the most critically well-received FPS titles of that decade, followed by sequels in both 2010 and 2013. The stunningly realised underwater city of Rapture, built upon Ayn Rand’s Objectivist philosophy, is as visually striking today as it was thirteen years ago, in no small part due to its unique combination of art-deco and steampunk aesthetics. With the series as whole having lain dormant for over six years, it stands to reason that publisher 2K would wish to revive interest in the brand before announcing a (long rumoured) new entry to the franchise. Enter the Switch release of BioShock Remastered, based upon the port developer Blind Squirrel originally released for the PC, PS4 and Xbox One back in 2016.

First off, BioShock Remastered for Switch contains all of the extra content that came with the 2016 release; the Challenge Rooms and Museum that were once upon a time exclusive to the PS3 port as well as a Director’s Commentary consisting of unlockable interviews with Ken Levine and Shawn Robertson. These additions help push the file size to roughly 12.5GB, which is a fair amount for those struggling with smaller microSD cards in their Switch.

Playing through the first few locations, I was struck by how well much of the game holds up, especially given my preference for BioShock 2 with its improved combat system and best-in-class DLC Minerva’s Den. Few games since have come as close to evoking the sense of place that original developer Irrational Games achieved with the Rapture setting and it’s a welcome place to revisit, even if some of its tricks aren’t as effective the fourth or fifth time around. As with most ports on Switch, the discussion must inevitably come to performance and BioShock Remastered shows a number of compromises which range from understandable to a tad disappointing.

Across both docked and handheld mode, the Switch maintains a solid 30 frames per second without any apparent frame pacing issues which lends it a smooth feel in lieu of the 60FPS its console counterparts achieve. However, in order to reach this the Switch presents a much softer image that appears to be utilising a dynamic resolution that never quite appears to reach a native 720p, even when docked. This is particularly evident when looking across medium to large size rooms and areas, with distant objects and textures sometimes presenting as fairly pixelated before sharpening when approached. Oddly, the hacking minigame suffers from lag when swapping pieces whether docked or in handheld mode, which sticks out sorely given how smoothly it runs otherwise. The Switch control scheme mirrors those of the Xbox and PlayStation, while the default controller sensitivity is extremely sluggish and is vastly improved by bumping it up a few notches. In terms of battery usage, my original model Switch was able to get roughly four hours of playtime from a single charge in handheld mode, so expect more with the updated Switch model and its extended battery life.

As with most Switch ports, the ability to play on the go will be the determining factor for many players as to whether BioShock Remastered is a wise investment. In my opinion, a few performance compromises aside, BioShock Remastered remains a compelling experience for returning players and is almost essential for those who have never ventured to the depths of Rapture before.

BioShock Remastered was played on Nintendo Switch with code kindly supplied by the publisher.