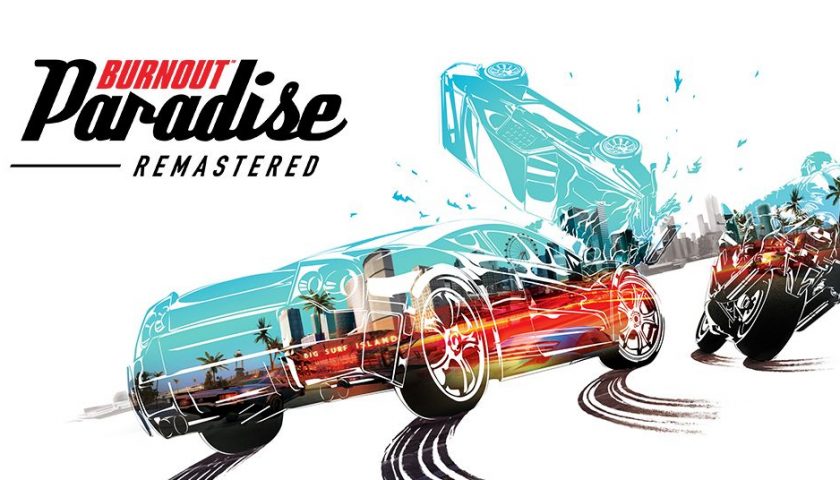 I must have replayed this game four times by now, across multiple generations and devices, yet it always draws me back in. The sense of speed is phenomenal, and I don’t think it has been bettered yet in an arcade racer. Experienced in handheld mode on the Switch’s gorgeous screen, running at 60fps without a hitch, I almost shat my pants the first time I rode a bike!

The beauty of this remaster is that all the DLC areas and vehicles are included, so you don’t need to work up from a hunk of junk. You can jump right into a beast from the opening minutes and carve up races designed for a much less powerful ride. It’s empowering to make your mark on Paradise City, owning road times both online and offline, embracing the “every intersection is a new challenge” motto that the game is built around.

As mentioned, it runs beautifully in Switch, sporting 60fps at 720p in handheld and 60fps 900p docked. Once I’d changed the brightness and contrast settings to suit my eyes, the only issue I had in handheld was being able to react in time for what was coming up. I felt a little bit like I was squinting into the distance and the small map was not easy to safely glance at while moving so quickly. It also feels to me like the traffic density is reduced when undocked to compensate for this, but this could just be that I’m used to the road density of more modern racers. Once you get to know the streets, this becomes less of an issue. You also learn to rely on the game’s guidance system, which is brilliant in the way it flashes street names that you need to turn down like indicator lights.

In my review of this on PS4, I said the following: Paradise City feels close, familiar and comfortable, and while you may not come to know every landmark, corner and shortcut, there’s enough familiarity to allow memory to kick in and for your eyes to relax their need to flit down at the mini-map whilst careening at ridiculous speeds through city streets. It also plays smartly with verticality, offering views of billboards that elicit the question: “How do I get up to smash that?” Invariably, there will be some sequence of jumps or a high-rise parking structure to offer an answer.

This is maintained in the Switch version and I am feeling the itch to explore, smash, crash and burn all over again. Mention should also be made of the soundtrack, which is killer, ranging from the eponymous title from Guns N’ Roses through to Jane’s Addiction, Killswitch Engage, Alice in Chains, Depeche Mode, Faith No More, Soundgarden and more.

I can recommend this for anyone who skipped the remaster on console. For those who have already double-dipped, the only reason you might want this is if you absolutely must have your Burnout Paradise fix whilst in transit. Otherwise, it is identical to the previous remaster release, just on a less powerful system and with touch controls for menus. It does look very beautiful in action, though, and could be the kind of game to show the Switch off to visitors and strangers on the bus.

To find out more about how this title plays, read our original review.