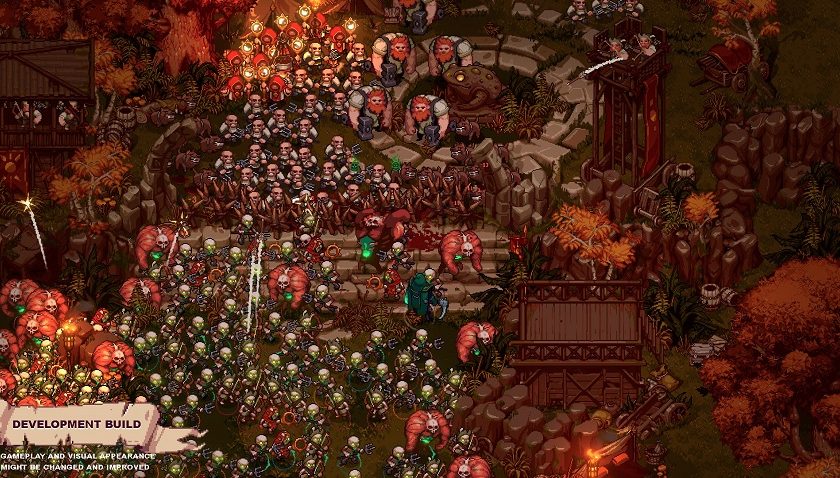 Die and Live with Unliving

I have mentioned it previously when talking about another game (Blasphemous) but anytime I see news coming from Team 17, I pay just a little bit more attention. Their work on Worms has gained a lot of goodwill with me, and their recent releases (Overcooked 1 and 2, etc) have been strong as well.

Team 17 has just announced it is working with RocketBrush Studio’s debut title, The Unliving – a roguelike action RPG with real-time strategy elements. You might have heard me grumble about roguelikes in the past (in our podcasts and on Twitter) but for some inexplicable reason, I keep getting drawn to them.

But far more interesting to me about this game are the hints of an old and revered favourite: Dungeon Keeper. Like in that classic, The Unliving has you playing as the villain, raising hordes to take those goody-goody heroes down a peg or two. Take this element, and mix well with equal amounts of action RPGs, real-time strategy games and roguelike-ness, and I am in for a good time.

From the news release:

In The Unliving, players wield the dark art of necromancy to command a growing army of the undead through a mystical world, wreaking havoc across humanity’s domains and turning fallen enemies into morbid servants. While the Necromancer may control the undead even he cannot escape death; with each reincarnation, players must learn from their mistakes, forge new strategies, and overcome the living, all while trying to unravel the secrets buried deep in forgotten corners of the world of The Unliving.

I am looking forward to seeing more from this studio and the first game they are developing entirely on their own. To learn more about the game, you can follow the game’s progress on their Facebook or Twitter.