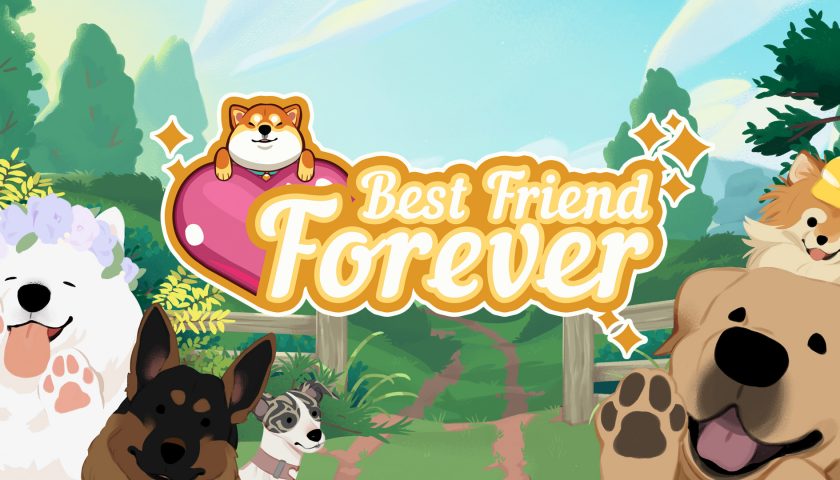 Get ready to adopt your very own canine friend, because the part dog-manager, part dating-simulator Best Friend Forever will be blessing us all August 27 on PC and Nintendo Switch. We’ve also got an hour of fresh demo footage documenting my joyful time in Rainbow Bay for your viewing pleasure.

After demoing the irresistibly charming genre hybrid at PAX Australia last year, the New Zealand team of Starcolt are nearly ready to let their game find its forever home. Originally, Best Friend Forever was scheduled for a Valentine’s Day release, but this was pushed back to May for a bit of extra polish. Unfortunately, the Big Bad Pandemic followed, which resulted in some further delays.

However, nothing can dampen the enthusiasm of eventually getting to play a game about very good dogs and their attractive owners.

To tide us over in the meantime, Starcolt added a Steam demo to coincide with the Summer Steam Games Festival alongside many other great-looking games.

Downloading the Best Friend Forever demo was not so much a ‘decision’ on my part, as it was a ‘moral obligation’ to fawn over the adorable digital dogs in need of a good home. I played for an hour, which felt like roughly half of the demo’s length, and was delighted with what I saw.

After answering some wacky introductory questions to complete my Woofr dating profile, and acclimatising to Rainbow Island, I was off to adopt my very own dog.

Like my real-life cat, Rosie, I gravitated towards adopting an animal who needed a bit of extra care to build trust with; this came in the form of Blocker, the scruffy mutt whose penchant for flatulence is unrivalled among any living being I’ve met.

Best Friend Forever plays like a visual novel, including plenty of witty text to read alongside various dialogue options. At the end of each in-game week, you need to plan out you and your dog’s training schedule, as passing Paws Academy is a primary goal. This involves setting activities to manage your furry friend’s statistics, ranging from their fitness, to their hunger and hygiene. It plays out not dissimilarly to the tuition sections of Fire Emblem: Three Houses, which adds a nice light management element to the game.

Not to mention completing small quick-time actions like properly disposing of a massive dump laid at the feet of your crush mid-conversation. The dog’s dump, that is – not mine. This time, at least.

As if you need any more convincing to check out Best Friend Forever’s demo – go download it now and get that good canine content before the Summer Steam Games Festival ends on June 22 US-time.